A view of Irma from the International Space Station. (NASA)

September is the peak of hurricane season and Sept. 10 is the day of the statistical peak.

It was Sept. 10 that Hurricane Irma made landfall in the Florida Keys on Cudjoe Key around 9 a.m. as a major Category 4 hurricane with winds of 130 mph.

Late that afternoon, it made a second landfall on Marco Island after crossing the Keys. At this point, it was still a major hurricane, but a Category 3, with winds of 115 mph.

A storm spotter on Marco Island measured a sustained wind of 112 mph and a wind gust of 129 mph.

Meanwhile, a weather station in Naples measured a sustained wind of 93 mph and a wind gust of 142 mph.

Irma continued to churn northward and impacted Central Florida late that night and into the following day.

In Tampa, the strong offshore winds wrapping around the northern side of Irma pushed the water out of the Bay, exposing the seafloor. Tide gauges were reported to be more than 7 feet below normal in spots.

Tthe water returned and rose as the winds shifted back onshore as Irma continued to move northward. 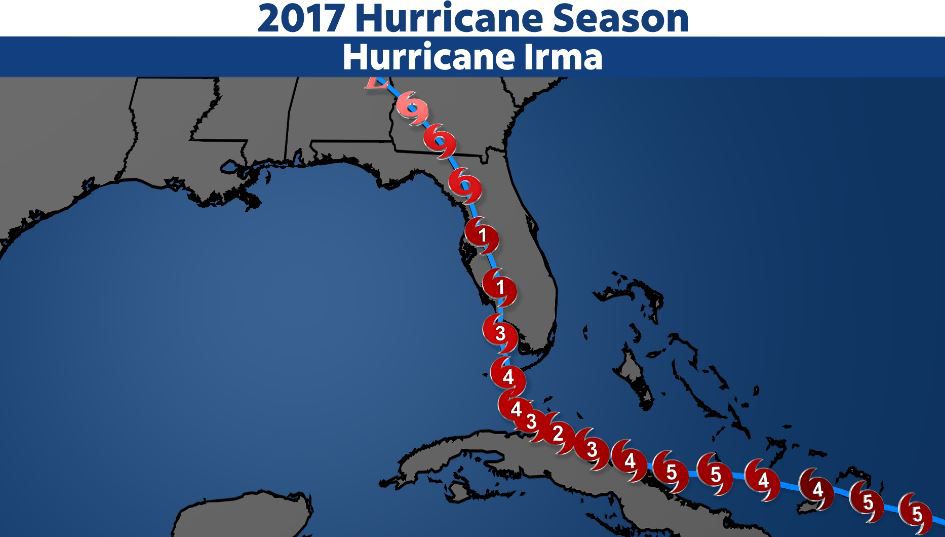 There were 10 direct deaths in the U.S. and 82 indirect deaths. Seventy-seven of those deaths were in Florida.

Irma damaged more than 7,000 homes in Brevard County and nearly 4,000 structures in Osceola County. In the end, it caused 50 billion dollars worth of damage. 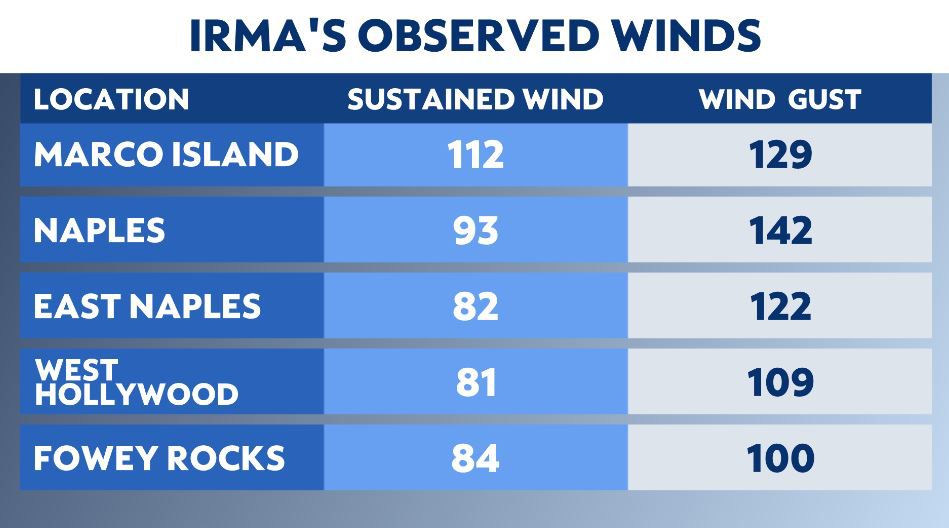