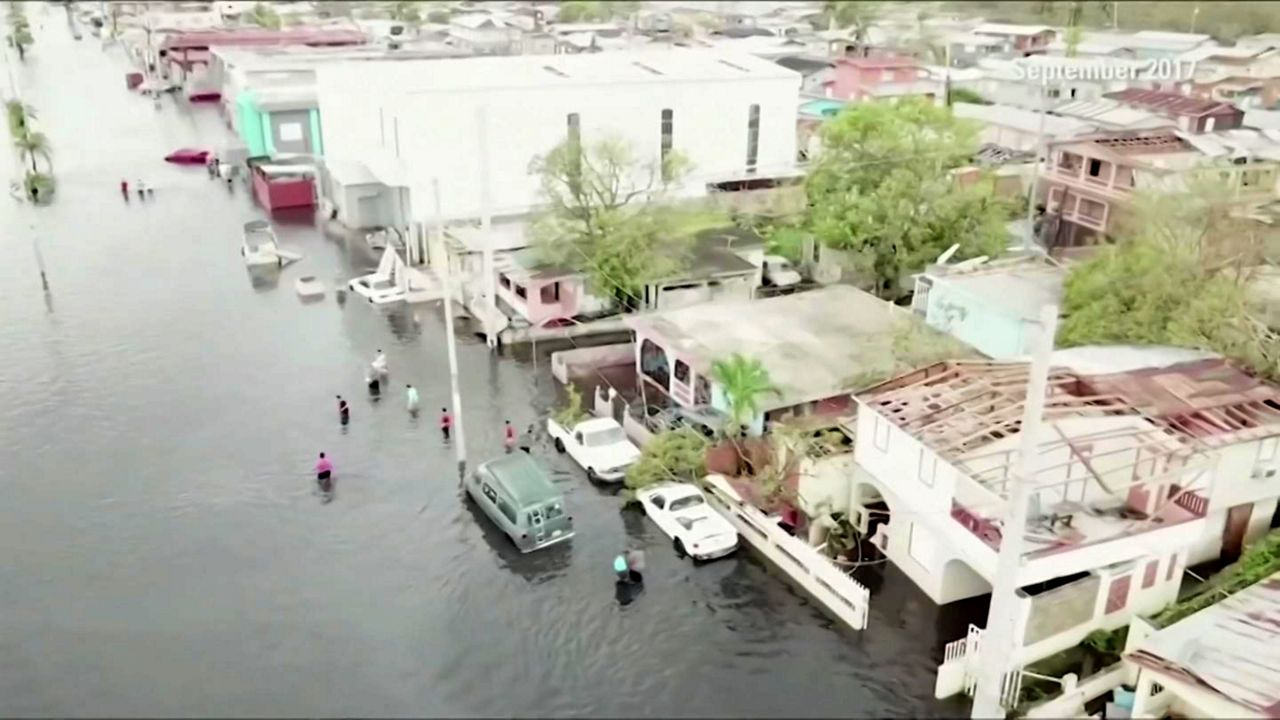 Storm surge is often the most dangerous threat to life and property along the coast during a hurricane, according to the National Hurricane Center. It occurs when water levels rise over and above expected tides during a hurricane. It can cause extreme flooding in coastal areas.

In the case of Hurricane Maria in 2017, the NOAA measured storm surge as high as nearly 7 feet above ground level in some areas hit by the storm in Puerto Rico. Storm surge and higher waves caused extensive damage to buildings and other infrastructure all along the island.

“What we did was we analyzed these long term climate variations and we tried to link them to the ups and downs, these phases we see in storm surges,” said Wahl, with UCF’s Department of Civil, Environmental and Construction Engineering.

Once the models can be applied, they say they will be able to predict storm surges for up to a decade.

“We will be able to put some numbers to it in terms of the likelihood we move into a period that’s very active,” Wahl said.

They say the models will be best applied to coastal areas stateside once it’s ready to be used.