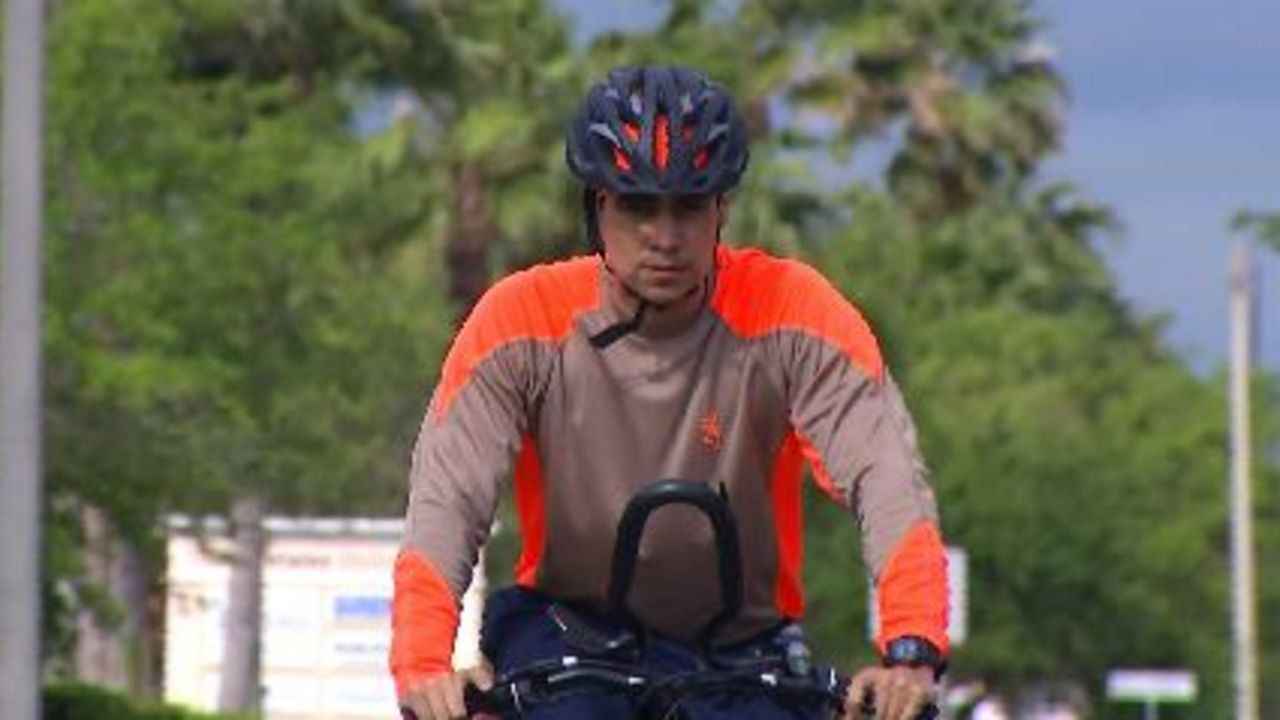 About three or four times a week, Sanford's Hector Bastidas will take down his bike to ride it to work. But he has some safety concerns. (Spectrum News 13)

SANFORD, Fla. - Cities across Central Florida continue to make progress on making streets more pedestrian and bike friendly, but they still have a lot of work to do.

About three or four times a week, Sanford's Hector Bastidas will take down his bike to ride it to work.

“My fastest route is St. Johns Parkway, but between the intersection of Upsala and Central Park Drive, which is just half a mile, there is a big problem,” Bastidas said.

The big problem is that section of St. Johns Parkway has no bike lane or sidewalk.

“It’s like playing the Russian roulette. I put my life in risk every time,” Hector tells us.

It’s not the easiest to share the road with large trucks coming and going from this industrial park.

“Some cars really drive close to me," he said.

Hector sometimes rides on the grass or along the concrete drainage swale.

But he’d prefer a bike lane or sidewalk.

Sanford Project Planner Chris Smith tells us, “Nothing in the near future is planned as this is mainly an industrial area. Also, the right-of-way was privately acquired and is very limited in width to allow bike lanes on or off pavement.”

That's not great news for Hector.

So for now, he’ll continue to wear bright colors and keep reflectors and lights on his bike. He hopes one day he won’t have to share the road with big rigs.

Smith said the city is trying to make the city more walkable in other spots.