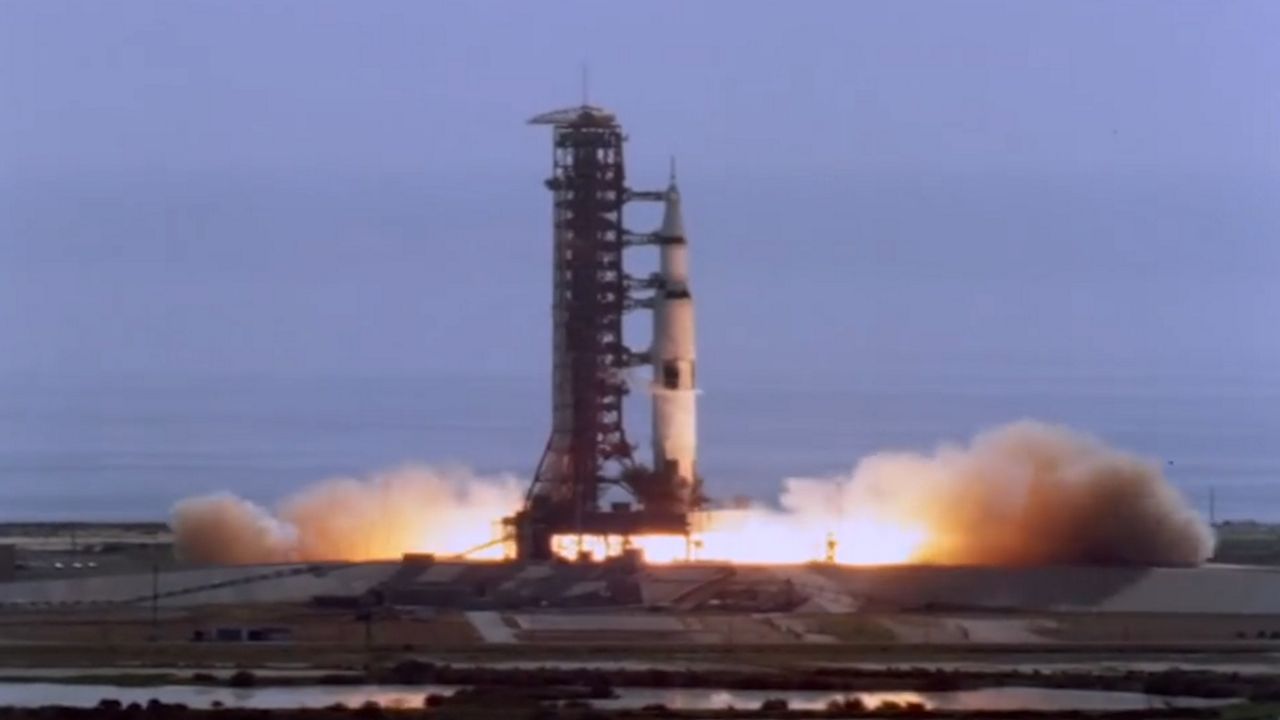 A1A: A Community Built on the Promise of Space

This story is the first installment of Spectrum News 13’s new initiative, “Street Level,” which explores Florida through the history and culture of specific streets and the people who live there. You can watch part 1 of Street Level: A1A in the video above and learn more about the project here.

At a time when the world was watching the race to the moon – a race for dominance between the U.S. and what was then the Soviet Union, John Hilliard was still growing accustomed to his new home in Cocoa Beach, in Florida’s Brevard County, curiously eying what was happening in his own backyard.

Hilliard had moved there in 1953, after his serviceman father had announced they’d be moving, yet again; It would be the 17th school in Hilliard’s young life. This time the family would be transferring to a home on Patrick Air Force Base, formerly called the Banana River Naval Air Station, off Florida State Road A1A. “Where's Cocoa Beach?” Hilliard recalled asking his father, to which he responded, “Florida.”

“They launch missiles and rockets,” his father replied.

Little did Hilliard know, it would be a move that would later define his life, as the space program defined Brevard County.

Sleepy beach towns, like Titusville, along A1A would soon be built up, with hotels and condominiums lining the highway. Schools would swell with students as families moved to the Cape in droves, working in every capacity at NASA. And astronauts would draw crowds to local hangouts, like Bernard’s Surf, as everyone clamored to be close to a celebrity. In 1998, after living away from the area for decades and working as an engineer in intelligence everywhere from the Pentagon to the CIA, Hilliard returned to the Cape to take care of his ailing father.

Now a volunteer for the 45th Space Wing at Patrick Air Force base, Hilliard gives tours of where it all started: where missiles at the base later developed into launch vehicles for space exploration.

And as he worked, he quietly began amassing a collection of every one of the 8,000 or so launches from Cape Canaveral. In his house, large, white binders burst with memories, photographs and factoids. They are squeezed into tall bookshelves which line his foyer.

“I don’t think a collection like this exists in any one place,” he said.

Somebody has to document the history of what happened along the Space Coast. The catalyst for the Space Race was Russian ingenuity leading to a launch: Sputnik in 1957.

“That frightened Americans. Every 90 minutes, a Russian satellite passed overhead,” said Robert Taylor. “Americans saw this as a threat. If they can send a satellite, they can send a nuclear-tipped missile.” Taylor, a Florida Institute of Technology professor, has taught students for the last 20 years about space history.

The U.S. had put their own satellite into orbit months after the Soviet Union, but fell behind again when Russian Yuri Gagarin became the first to orbit the earth in 1961.

“[It was] us versus the Russians. And in this race, if you come in second, you don't get a silver medal,” he said. Suddenly, engineers, scientists and technicians flocked to Brevard County.

“The world rushed in, almost like a gold rush. And there were housing shortages. There are stories of people living in their cars,” said Taylor. “One story, it may be a myth, was that a rocket engineer lived in a piece of cement pipe. That was the only place he could find.” The government needed land, and so, in the late 1950s, with the newly-formed NASA providing promise, they exercised what’s known as eminent domain. That is where the government forcibly acquires, with payment, private land for public use.

Inspired by then president John F. Kennedy’s now famous speeches in 1961 and 1962, Americans felt galvanized by the singular cause. But not everyone went willingly.

“You're talking about dislodging someone's family history. There are cemeteries out here. People have been out here for decades,” explained Ben DiBiase, who serves as Archivist and Director of Educational Resources for the Florida Historical Society.

The history of Merritt Island goes back to pre-Colombian indigenous communities, there for thousands of years. As Europeans moved in, indigenous populations died out with disease and enslavement.

Yet, small communities, like Clifton, Shiloh, Allenhurst and Wilson, based principally around hunting, fishing or citrus, continued to thrive until the mid-20th century. “It's difficult to say. We don't know what would have happened, but fate kind of stepped in and this site, Cape Canaveral, was selected to be the missile test center,” DiBiase said, continuing, “Cape Canaveral was a perfect site. The Cape sticks out into the Atlantic Ocean. It's at about the right position, globally-speaking, that if you launch a rocket, it will get into orbit easily. And you could shoot something out over the Atlantic, it wasn't going to endanger anyone.”

By the 1960s, the sparsely-populated area was transformed into a buffer zone for rocket launches and a nature refuge of about 40,000 acres. Small communities off of A1A became collateral damage. Now, remnants of homesteads, such as planted orange and papaya trees; old railroad tracks; and crumbling coquina foundations, are the only clues to the past.

Everything was driving to the moon.

“Everybody, whether you're an astronaut down to the people who swept up the Vehicle Assembly Building at night, felt that they were part of this,” said Taylor, who described the general American sentiment as “optimistic.”

“That, by golly, we've been dedicated to this task by President Kennedy, who, of course, was killed [in] 1963. This became a way to honor his memory. We certainly can prove that we are better than the Russians at this,” he said.

As the government pumped money into NASA -- four percent of the federal budget in 1966 -- engineers like Jim Ogle, now a volunteer guide at Kennedy Space Center, dug in.

“We tested and tested and tested every single system on that, every transistor, every wire, and there were millions of them, to perfection, to where we thought, ‘It's absolutely flawless,’” Ogle said. “It was an obsession. Absolutely. We finally have to beat the Russians at something to get our prestige back.” Andrew Aldrin, then 11 years old, watched with vested interest as his father, Buzz, made history.

“He's bouncing around on the moon and I'm convinced he's going to trip over this cable, fall flat on his face in front of 300 million people, but mostly, in front of my classmates,” he recalled.

“The only time there were cheers, for me, personally, was when they lifted off of the moon. Because that was the one element of the mission that really frightened me.” Aldrin and the other astronauts returned victorious and rolled down a now bustling A1A in their Corvettes. Rock stars in America’s eyes, the astronauts needed a place to eat, and found their fare at Bernard’s Surf. Affectionately dubbed ‘The Surf,’ the restaurant along Atlantic Avenue/A1A in Cocoa Beach soon became known as the astronaut hangout.

“My great uncle Bernard was savvy enough to open up a small restaurant cocktail lounge. And, you know, it just brought in the astronauts that were visiting,” said Rhett Fischer. “It also created the real estate boom in the late 50s and 60s.”

Fischer recalls walking into the restaurant as a child and it feeling “like a big family.”

“It was the place to go in Cocoa Beach, you know Walter Cronkite would be there. The astronauts from the Soyuz missions back in Russia, the Apollo astronauts,” he said.

They were good times, reveling in America's Space Race success.

In part two, we look  at the ebbs and flows of the space program, and the business model that’s breathing new life into the industry.