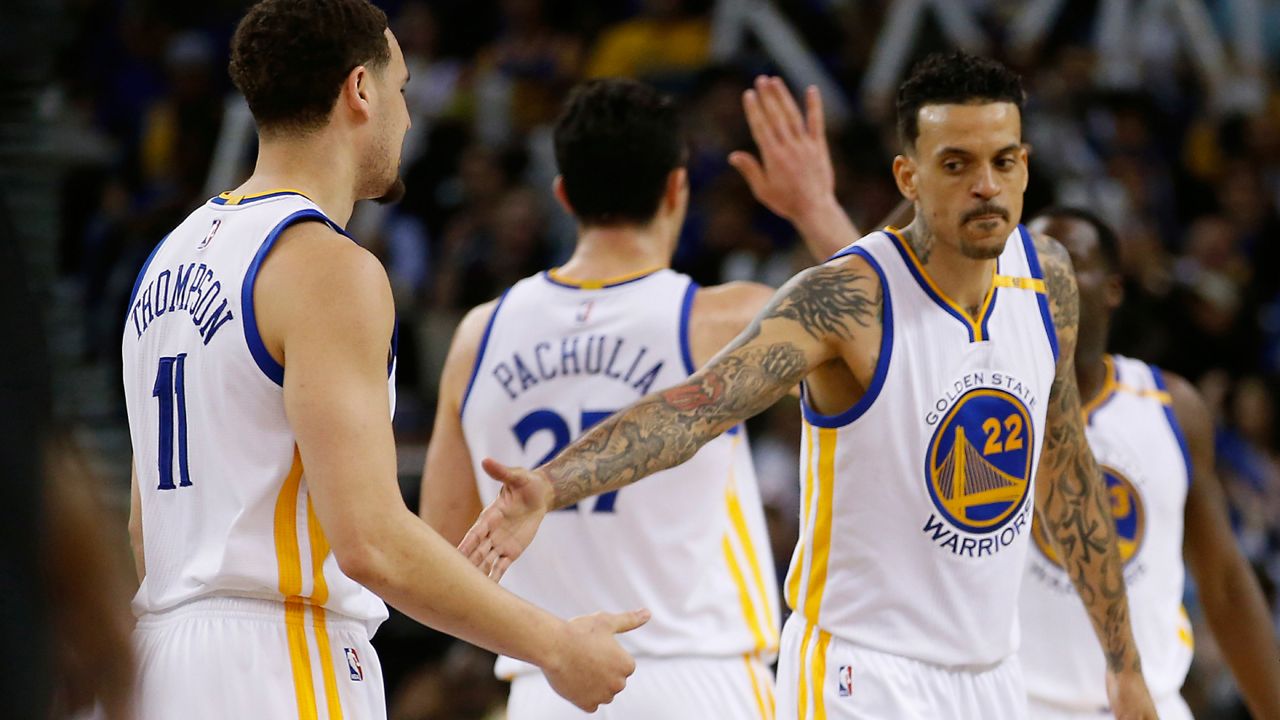 Golden State Warriors forward Matt Barnes (22) congratulates guard Klay Thompson (11) after he made a 3-point shot against the Minnesota Timberwolves during the second half of an NBA basketball game Tuesday, April 4, 2017, in Oakland, Calif. (AP Photo/Tony Avelar)

EL SEGUNDO, Calif. — The Golden State Warriors defeated the Boston Celtics 103-90 in Game 6 of the NBA Finals to clinch the 2022 NBA Championship. After falling behind 2-1 earlier in the series, Stephen Curry delivered masterpiece performances in Games 4 and 6 to carry the Warriors over the Celtics.

Back in 2019, it was unclear if Golden State would be able to return to this stage. The team lost Kevin Durant to free agency and Klay Thompson to multiple lower leg injuries. With Durant in Brooklyn and Thompson on the sidelines, the Warriors missed the playoffs in both 2020 and 2021.

But the team believed that, when healthy, their iconic trio of Thompson, Curry, and Draymond Green could lead them back to the promised land.

Fourteen-year NBA veteran Matt Barnes was a member of the 2017 Warriors title team.

He joined "Your Afternoon" to discuss how this latest championship run impacts the team's legacy.