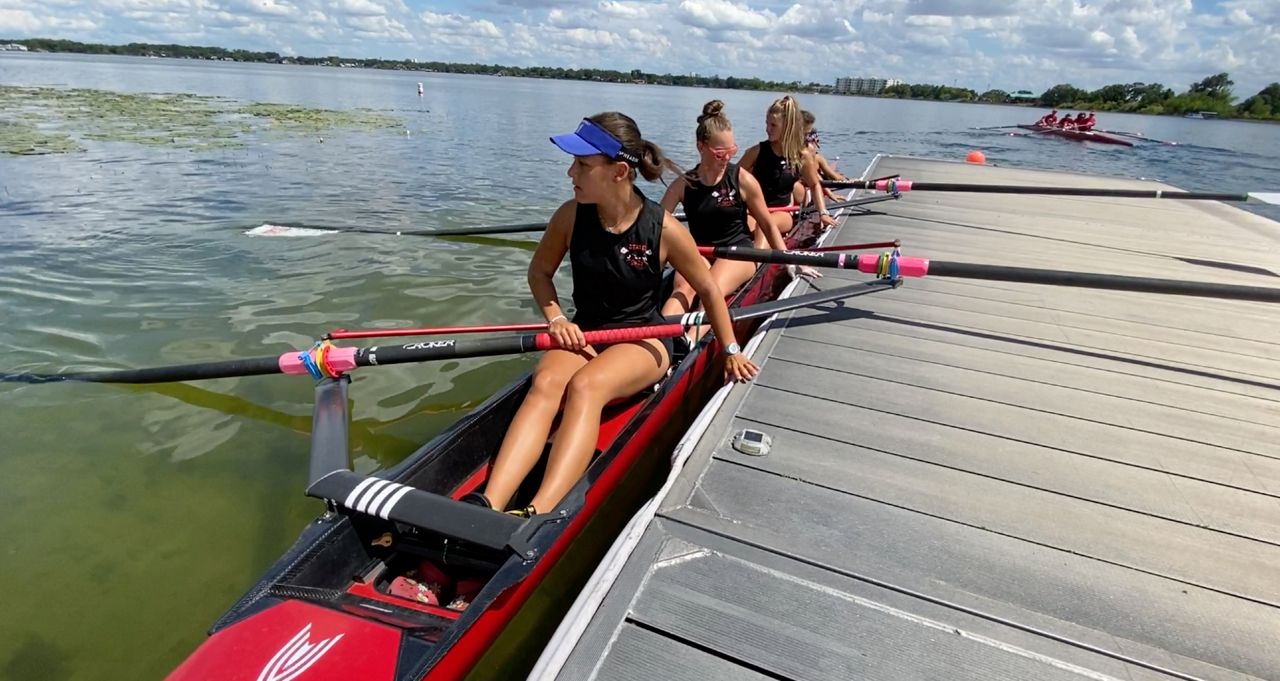 Both girls and boys Edgewater crew go out on the water at lake fairview in Orlando as they prepared for a couple national regattas. Picture taken on May 13th, 2022 (Spectrum News 13/Nick Allen)

"Both boys and girls have been working extremely hard. Luckily that cumulated into a state title for both men’s junior 4 and women’s junior 4," said head coach Brad Arnold.

Edgewater junior Riley Olivero has been rowing crew for the last 6 years when she joined the middle school program.

"I enjoy most about the sport is the hard work and dedication you have to put into the sport to have a great season," said Olivero. "The season has gone great for both my boat and the team, we have earned a lot of medals and we have gone to a lot of races and just great experiences."

"We have been doing really well, just like some pretty good bragging rights. We put in so much work and now it’s actually paid off," said junior Jackson Frazier who is in his 3rd year in the program.

Over the course of the season, coach Arnold said this girls team surprised him how they performed late in the season.

"Just how quickly they came together and the end of the year, a little inconsistent early on," said Arnold. "The kind of the week of states, they really turned the corner."

By winning the state championship, both teams were able to compete in two national regattas in May: the Stotesbury Cup in Philadelphia and Scholastic Nationals in Cooper River, New Jersey.

The girls' team won gold at both the Stotesbury Cup and Nationals while the boys would bring home silver in both regattas.