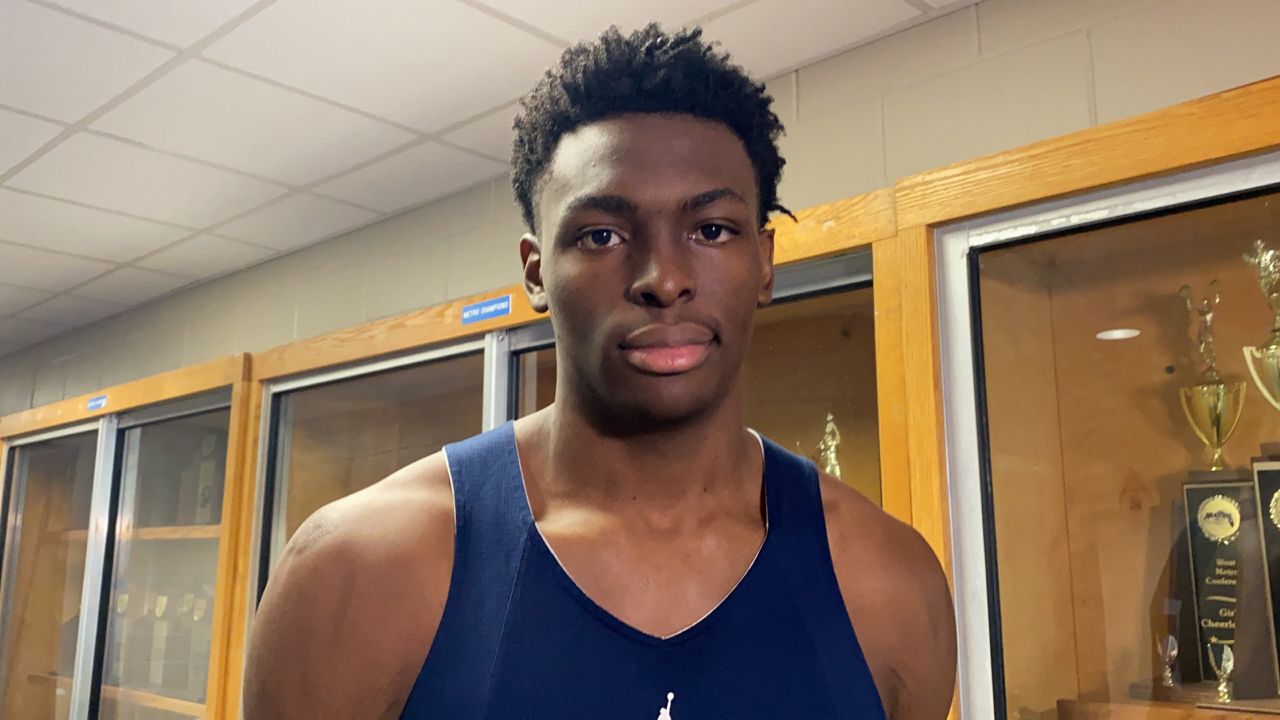 Ernest Udeh last season played center on the 1st Dr. Phillips boys basketball team to win a state championship, and he will be back for next season. (Spectrum News 13/Nick Allen)

ORLANDO, Fla. — Schools may be out, but some high school teams are already back in the gym getting ready for their next basketball season. The Dr. Phillips boys basketball team is one of them — preparing for recruiting camps later this month.


"This was it, this is what we prepared for all this season, all last season and to be finally be there, it was a blessing for us," says Udeh, the most recent athlete of the week. "It feels really good."

That realization is something new for Udeh.

"Growing up, I never thought it was something that could change my life, and I didn’t take basketball seriously until my freshman year," Udeh says.

"He has the potential to be an NBA player with his size and the way he moves, being able to guard the guards and the big the way he does," Witherspoon says.

Udeh’s size and athletic ability are attracting scholarship offers from a lot of big-time college basketball programs that regularly play in the NCAA men’s basketball tournament, but he says he has not let the pressure get to him.

"Most recent, I would say Kansas, Georgia, Georgia Tech, Miami and Florida are some of the offers I have gotten," Udeh says. "At the end of the day, I’m still a 17-year-old kid. I’ll be going to college for free playing a game that I love."

Later this month, Udeh and Dr. Phillips will compete in recruiting camps in Atlanta and Philadelphia.

"Obviously, a great time to get our team together and start building some habits toward next season," Witherspoon says.

For now, his next high school season is Udeh’s main focus.

"To walk back in here, and to know we accomplished our goal from last year and to be able to set new goals with this upcoming season with almost same number of guys, it’s really a blessing," Udeh says.