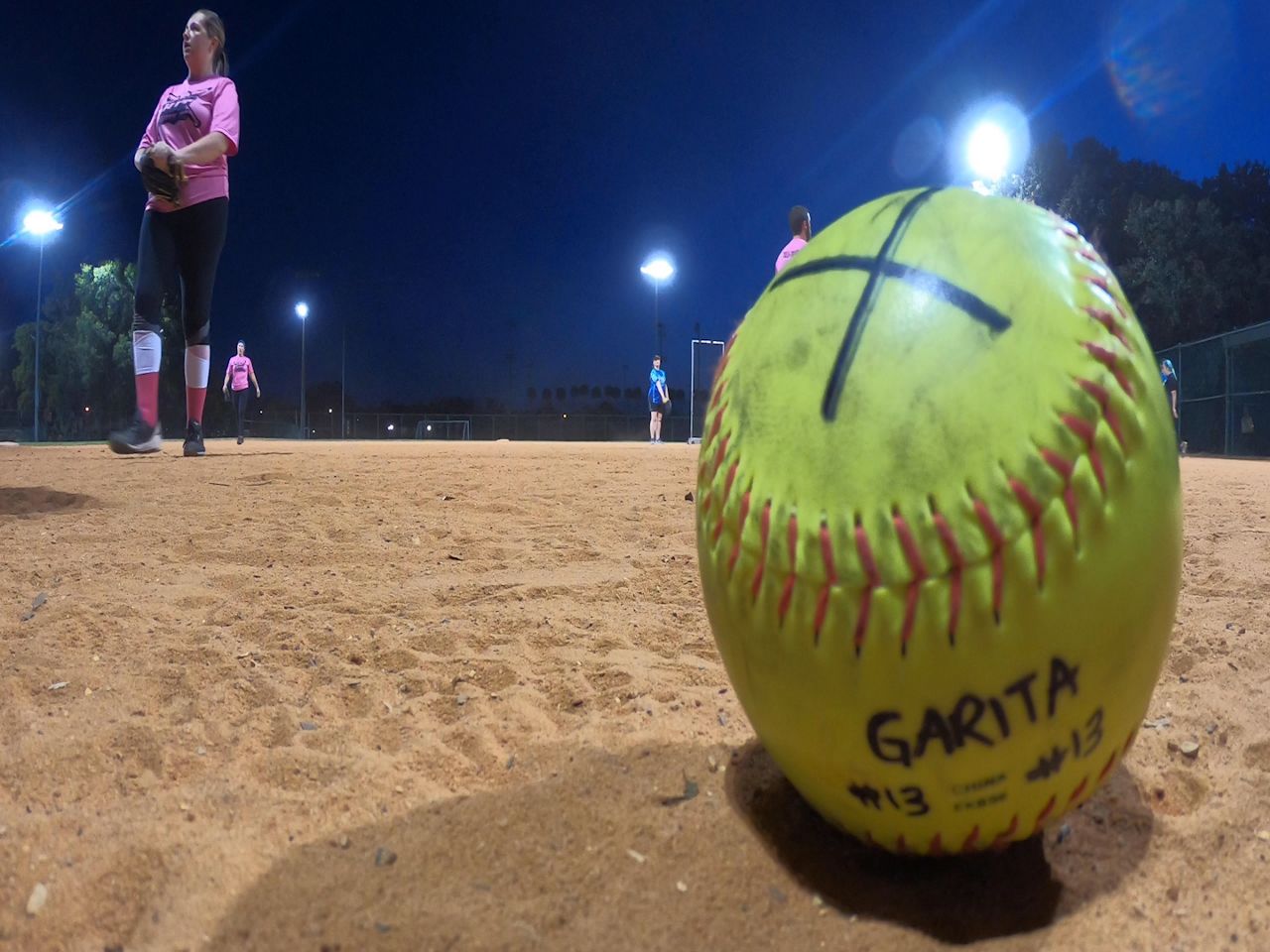 “Just have fun take a deep breath when you’re in the batting box and do your best,” said John Dorris, the team captain for You Can’t Hit With Us.

The lineup is set and this co-ed slow pitch softball league is in full swing.

For John Dorris this is more than just another day of the week.

It’s a community all supporting each other.

“There are a lot of victories happen on the field that aren’t reflected in the final score,” said Dorris.

All celebrating those wins including his own.

“Life is full of obstacles and if anything is too easy it may not even be worth it,” said Dorris.

His biggest hurdle happened when he was seven-years-old.

“I was climbing a tree and I fell and the arm broke, it was a compound fracture. The doctor made a mistake, he didn’t clean it properly so it became infected and I lost it,” said Dorris.

44 years later and John is defying expectations every day.

“I made it through that wether it’s God, wether it’s the universe, or whatever it’s a Devine power that says you have a purpose,” said Dorris.

His purpose is powerful.

“To make a difference in life. To set an example or just to be a positive influence in other people’s life,” said Dorris.

A true example of never giving up.

“No matter how daunting the problem may look or no matter how big the obstacle might be there is always a solution,” said Dorris.

It’s another Tuesday night and John and his team are hitting limitations out of the park.

“People that come that have never played before or felt like I don’t think I can do this, they are learning and seeing that you know what I can do it and it’s awesome,” said Dorris. ​