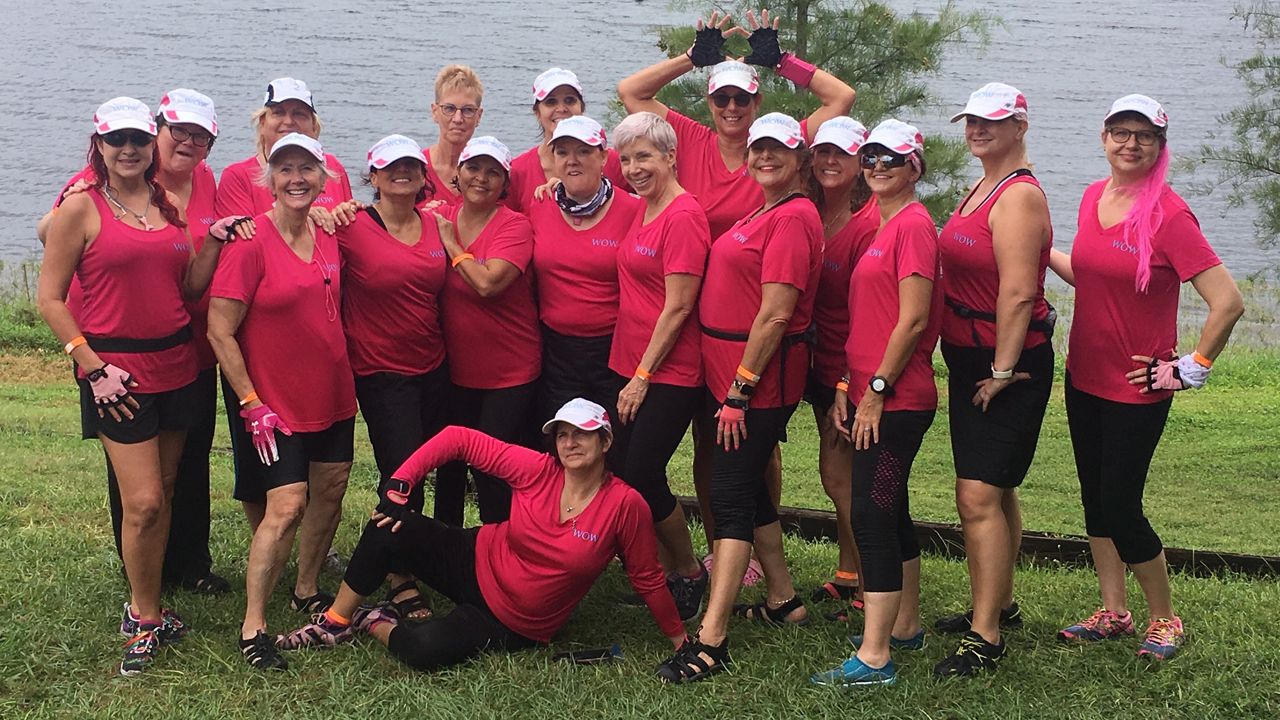 Support and exercise can go a long way when someone is battling cancer—that’s what the Warriors on Water offer up every time they hit the water. Spectrum Sports 360’s Despina Barton takes us out to race day to meet the women who are more than just a group of breast cancer survivors.

Every time these women get together, there is something to celebrate.

“I’m not one of the original ‘OG’s’ as they are called,” WOW President Justine Finocchiaro-Doles explained. “But there are a few ‘Original OG’s wave your hand, there you are! Original OG’s”

Warriors on Water have been competing in Dragon Boat racing for 10 years.

The team brings together many women who’ve never played a sport but all share a similar battle.

“For me my breast cancer was on my right side,” WOW member Dianne Atkinson said. “So they took my skin and muscle from my right side and brought it forward. So for me to paddle, it gives me the strength that I didn’t have if I wasn’t paddling.”

While it takes some assistance to get into the boat—Dianne wouldn’t miss the chance to get on the water with these women wearing pink.

“I didn’t know I needed a support group but I came in and I was so new in my treatment that it was really great to have a team of 20 people that had already gone through it,” Atkinson added.

“So they could tell me why I was feeling what and what I could do to make myself feel better.”

And that’s what it’s about when everyone is together; laughter, exercise and spirited competition.

“Today is a festival day and there are four teams that are in the breast cancer division,”Finocchiaro-Doles explained.

The Warriors On Water—are the only Central Florida team and they want to represent their hometown—as they dart off into Turkey Lake on this October morning.

“It’s a great sport to show you are still living,” Atkinson explained. “Just because…I was almost stage four and so it was for me to get out there and continues to live beyond my breast cancer.”

When the race was over, all four teams came together for an emotional moment of reflection. Pain unfolded as paddlers tossed their pink carnations into the lake to honor those they’ve lost.

Women opened up their arms and their hearts to those who are hurting just as they are.

“I can’t explain how these women mean so much to me,” Finocchiaro-Doles added.  “You know. We are all type “A” personalities, as my husband always says but it’s a journey that I would never regret. This has been a wonderful thing for me.”