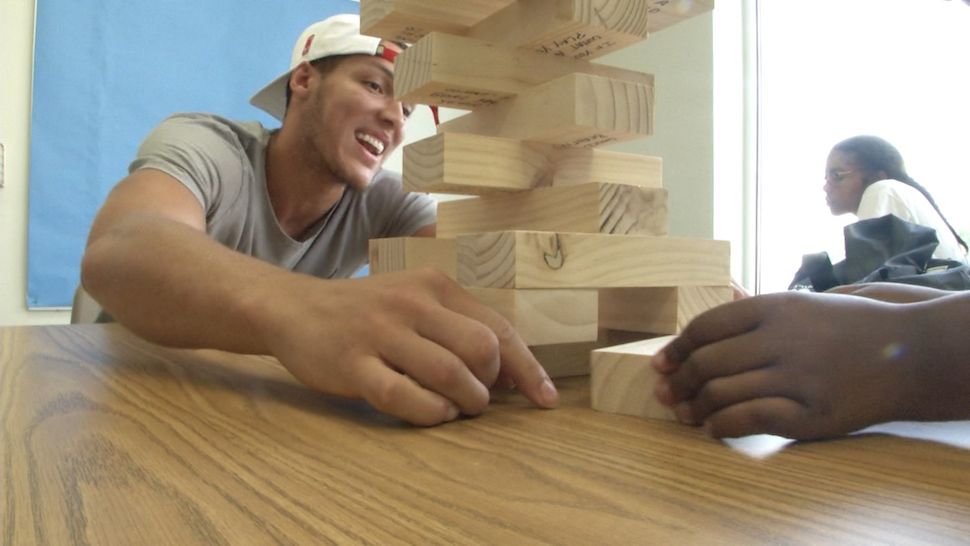 It’s power with precision. Explosion with efficiency. Control with calculation. Together it’s code for dominate.

For four weeks in July his code is educate.

That combination adds to a great opportunity.  The Magic forward is hosting his inaugural CodeOrlando Camp. He’s not running the show by himself.

“His first question to me was will you start a school? And I went, okay why don’t we start with something smaller,” said Gordon’s mother Shelly? “We needed to have a piece of it where we introduce students to all the different aspects of tech around Orlando.”

“We’re meeting for four weeks and we’re looking at a variety of ways technology is designed, developed and deployed.”

A retired computer science engineer, Shelly wants to bridge the gap in the tech world. As part of the Gordon Family Giving Foundation (GF2), thirty minority students from the Orlando area, mainly from Orange County Public Schools, will be exposed to everything science and technology.

“These kids are incredibly smart,” Shelly said. “I can’t wait to show them some of these things they’ve never seen before.”

Through the first week, the program is off and running with trips across Central Florida.

At Nemours Children’s Hospital, doctors discussed the importance of robotics in relation to pediatric care.

A trip to Disney World two days later examined the physics of light and sound through different attractions at the Magic Kingdom.

With each trip and lesson, students become closer to discovering their passions and diversifying the future of technology.

“Since I’m meeting new people, like minded people who have similar interests to mine, I think I found future colleagues that can aid me seeing what I want to do with robotics,” said Bishop Moore Sophomore Bryan Ruiz.

Even after an intense hour-long Jenga battle on the first day of camp, Aaron knows his students’ have unlimited potential.

“I’d love to see some of these kids working for Google or Facebook or create the next big app, blow up and make billions of dollars,” Aaron said. “I want to make sure these kids know they don’t have to be a ball player or a rapper to live a life of luxury.”

“The idea that a lot of these kids are going to be the first to get into this industries and help the industries integrate, I think is just tremendous. It’s absolutely something I’m passionate about,” Shelly said.