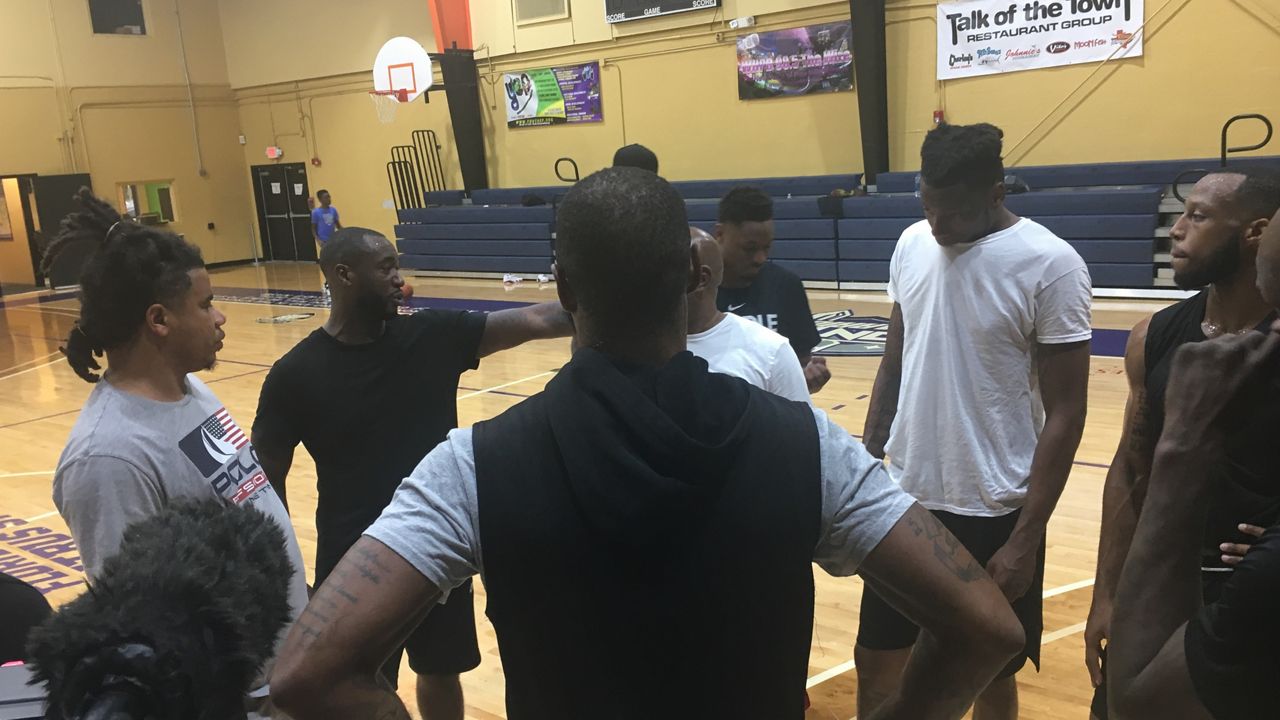 Summer time brings a lot of downtime for professional athletes, but here in Orlando the gyms stay packed. And for one particular group of basketball players they are preparing for a high stakes tournament. Our Despina Barton explains why a former UCF Knight is choosing to spend his brief time back at home to keep Orlando in the headlines:

To the naked eye, this probably looks like any other open gym. But if you look closer, there might be a few faces you recognize. Yep that’s former UCF basketball star Josh Peppers. He’s spent the last 13 seasons playing professionally in Japan.

“Josh is special,” Florida TNT Basketball Coach Iren Rainey said. “The most important thing I can say about him outside of being an exceptional basketball player is he’s a phenomenal human being.”

And that’s why he’s the captain of this “Florida TNT” team practicing on this summer night.

“So basically we are all pros and in the summer time we want to play with likeminded people –so when we get a chance to play together it turns into something special,” Peppers explained.

“This year we all got together for the TBT and hopefully we can make some noise this year.”

They are the only Central Florida team to compete in this year’s The Basketball Tournament. It’s a single elimination, five-on-five tournament with a $2 million payout up for grabs.

But for Peppers it wasn’t always a slam dunk to participate.

“I actually know that he doesn’t get a chance to see his wife and his kid for like 10 months out of every year and so usually when he comes back to Orlando he doesn’t really spend much time playing basketball,” Rainey said. “So for me he making that sacrifice says a lot about his character.”

But this year, for Josh, it’s an opportunity to re-connect with his community and it’s the comradery that is most filling.

“It’s a local team a lot of the guys live and played in this area,” Peppers added. “It’s good for us to do something for the city – so we just hope that they’ll support us and hope we go out and make some noise.”

And that’s why they are in the gym, putting in the work, cleaning up the play book  and finding a rhythm on offense.

“The thing that I am excited about is, I am dealing with a collective group of guys who are passionate about the game of basketball,” Rainey said.

“A lot of them now have families , so for them it’s not just about winning $2 million dollars, it’s about playing out the love of the game, connecting with your peers, connecting with guys that you played with years ago and really building something special.”

On the court they’ve got a lot of pro basketball experience to lean on.  And Peppers likes their odds in the 64-team tournament.

Florida TNT will make their 2019 TBT Tournament debut Friday July 19th against Primetime Players at 3:00pm. The game will run on ESPN3.