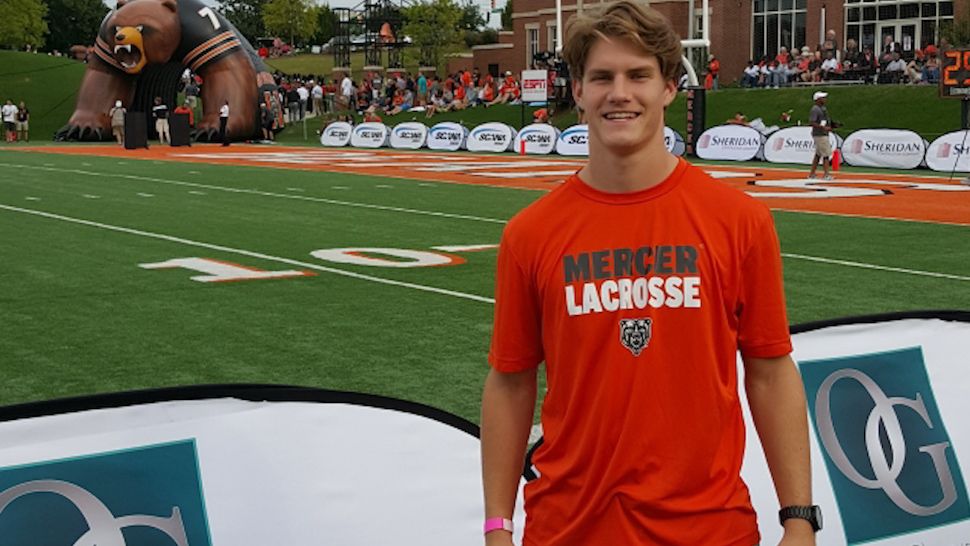 "He was just the most full of life toddler," Vickie says looking at a picture of her son John Michael's 3rd birthday party.

As the pages turn, the pictures became more action packed.

"He first picked up a stick at nine," Vickie said. "Honestly he just spent hours in our yard shooting and practicing. Then he decided he wanted to be the faceoff guy.”

The once full-of-life toddler became a star on the lacrosse field for Trinity Prep. One of the best players in the state in 2015, Knight signed a scholarship in early November to Division I Mercer University in Macon, Ga. Vickie had a clear picture of her son's future.

“What I envisioned was just going and visiting. Going to games. Sitting in the stands and being the proud mom. I just felt like it was all fallen into place.”

Uknonw at the time, a wide smile on signing day would be the final snapshot of John Michael's old life. Six weeks after his commitment, a normal day quickly turned south for John Michael.

"“He woke up, came down, had breakfast as normal and walked out the door. I took his little brother to school and then I got the text saying I don’t feel right. He was visibly upset so we went straight to the emergency room.”

Showing symptoms of vertigo, John Michael underwent multiple tests and examinations, all coming back negative. Right before he was to be discharged, John Michael suffered a brain-stem stroke.

He immediately was rushed to the ICU. Within days doctors diagnosed the lacrosse star with Locked In Syndrome, a pseudocoma with complete paralysis. The only movement that can be detected is in the eyes. Doctors describe it as being buried alive.

“The doctor came in and said he’ll never be able to function," Vickie said. "To me in my heart I thought okay we’ll you don’t know my son. He’s not going to settle for this.”

“From the minute he gets here, it’s go time,” said Malerie Murphy, executive director of C.O.R.E (Center of Recovery & Exercise) in Longwood.

Three and a half years later, his road to recovery comes with a jam packed schedule. The now 21-year-old spends anywhere from 3-5 hours a day on physical rehab, the majority of which comes at C.O.R.E.

“When he first came to us he was completely non verbal and had very limited function,” Murphy said. “His head and neck control have come so far. It’s really neat to see the progress he’s made in three years.”

John Michael now has full movement of his head and neck. He can drink through a straw and can chew all food on his own. He's bound to a power chair but support up to 80% of his body weight standing.

His physical rehab consists of stand-to-sit, and sit-to-stand motions, posture, core strength, etc. His recovery doesn't stop when he gets home.

"“He’s 100% intelligible," Vogt said. "There might be a few words he doesn’t get but he works so hard. He’s probably the hardest working patient I’ve ever had.”

With LIS, John Michael is completely cognitive. His awareness is completely up to pair with people his age. His physical functionality is progressing by leaps and bounds daily.

With every improvement, the picture of JM's future is becoming clearer.

“People who we don’t even know have reached out and told me we had a vivid dream about your son talking or standing," Vickie said. "I do believe it’s coming. Absolutely. There’s not a shadow of a doubt.”

That image is the picture of inspiration.