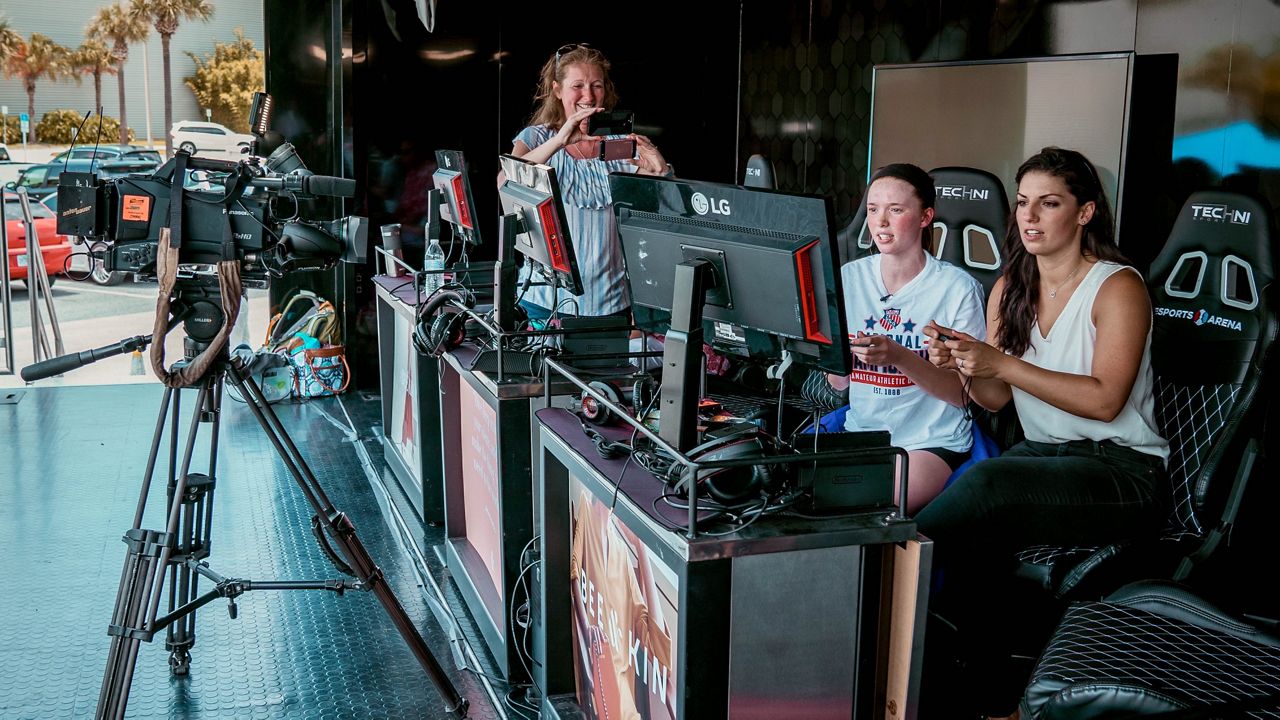 For nearly two weeks, during the summer, the AAU Junior National Volleyball Championships take over Orlando. With over 45,000 athletes and their families, it’s second only to the super bowl when it comes to economic impact. Despina Barton explores how the youth sporting event continues to find unique ways to draw the masses in and how this year a very different attraction awaits away from the courts:

Bright lights, wide open spaces and nearly every inch of the Orange County Convention Center accounted for in volleyball courts.

This is AAU Junior National Volleyball Championships and it’s a 12 day affair that brings 100,000 people to Central Florida.

But what might be most interesting is the creative ways people spend their downtime.

“At tournaments I just sit around and read books (laughter),” Maryland Junior 15 Elite player Emily Riley explained. “Which is so stupid but that’s what I do.”

For AAU President Dr. Roger Goudy it’s all about offering more at this event.

“We want the kids to have fun, we want to do more than just volleyball and that’s why every year we’re doing what I call ‘value added’ things,” Dr. Goudy said.

And while most of the heart racing competition happens on the courts you’ll find an eSports arena sitting just outside.

It’s a new addition this year, a six-station eGaming mobile truck that is tapping into a trend that is sweeping the country.

“It’s actually becoming a sport.. and we want to bring this to the masses and show people that play traditional sports what eSports is.”

And AAU is planning to take it one step further, adding it as a discipline in the near future.

“We’re actually doing eSports, we are going to have a division,” Dr. Goudy added. “We have 41 sports right now, we’ll have 42 sports, and we’ll have eSports as one of them.”

Now, all the details aren’t set yet, but it is bringing a new wave of excitement.

“There’s never been like a game truck like this or something—so this is really cool experience for me,” Riley added after defeating her brother in Mario Kart.

An experience she’ll be sharing with all her friends back home in Maryland.