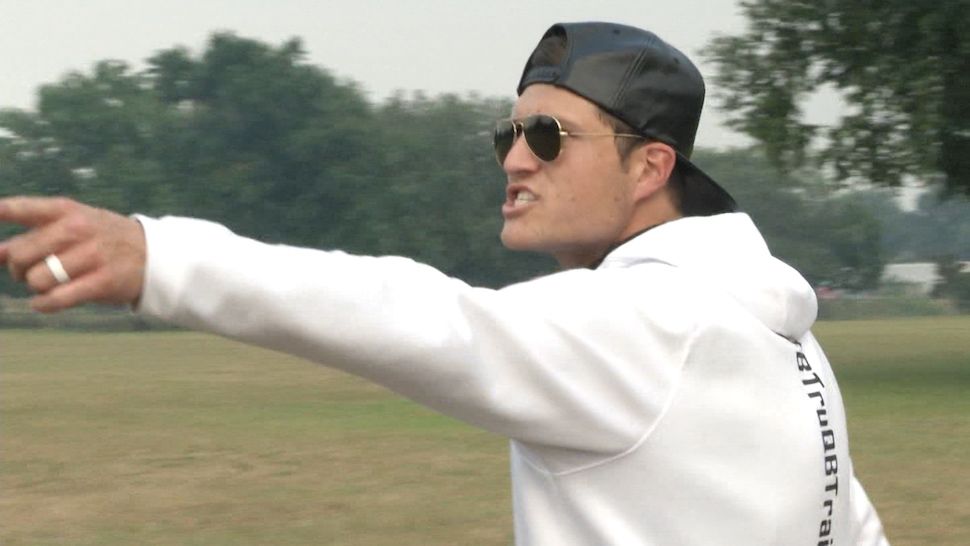 ORLANDO, FLA -- They say those who can't do, coach.

Baylin Trujillo is proving both can be done simultaneously.

“Football means everything to me," Trujillo said. "I tell all of the quarterbacks now, If you don’t like playing quarterback. If you don’t love the things that come with it you better quit now.”

As one of the most well-known quarterback trainers in the Southeast, Baylin knows first hand the pressure that comes within and out of the pocket.

Before he mentored nearly 100 area quarterbacks, Trujillo cut his teeth on the central Florida high school football scene. After a three-year career at Boone, he transferred to Oak Ridge for his senior season.

As one of the area's top dual-threat quarterbacks, he signed on to USF. After one season in Tampa, he transferred to NAIA rising power Webber International. There was part of the Warriors team that brought home their first conference title in school history.

His lowest point at Webber ended up being his defining moment.

“You think you’re bigger than the game and it can be taken away from you in one play. Mine just happened to be the very last play in the spring game," Trujillo said. "I ended up tearing my ACL. It was one of those moments where I was at piece because I knew this was God’s plan. After looking back on my life, everything happens for a reason, it was perfect.”

The quarterback's injury would be met with a frantic comeback. Trujillo fully healed with five months. Most patients can expect a recovery timetable of nine months to a year.

The perseverence and integrity displayed in his recovery shined a light on his next stage. He would then use his lessons to inspire future generations.

Baylin developed BTru QB Training shortly after graduation. As a full-time phyiscal education teacher at Oak Ridge High School, he balanced teaching, training and coaching as a varsity assistant. Along the way, Baylin knew something was missing.

“Why can’t I do this," Baylin said? "Why can’t I play the sport that I love? If I’m teaching all these kids how to do it, why can’t I? I still have the gift.”

Baylin has balanced his coaching and teaching responsibilites with a playing career. He spent one season with the Central Florida Jaguars in the American Indoor Football Association and this past year with the Florida Tarpons in the AAL.

A month later, he got a call from Orlando Predators Owner Kenny McEntyre.

“I signed a contract with the Orlando Predators," Trujillo said. "Now I’m getting to play the sport I love in my home city in front of the kids I train. You can’t ask for anything better than that.”

Trujillo's signing with the Predators validates his credibility and relationship with his trainees.

“He deserves this. He’s been working hard. He can play," said DP quarterback JoeJoe Patti. "I’m fortunate to have a trainer like him because of the past that he’s had and what’s he’s done in high school, college and now the pros.”

Baylin's living out his dream with the Predators. His playing career is far from over. His training sessions continue to be his focus. He wants every quarterback to understand no matter the politics, adversity, injury or situation, your goals are always within reach.

Trujillo and the Predators return to action June 15 at the Amway Center with a 7:30 p.m. kickoff against Massachusetts.