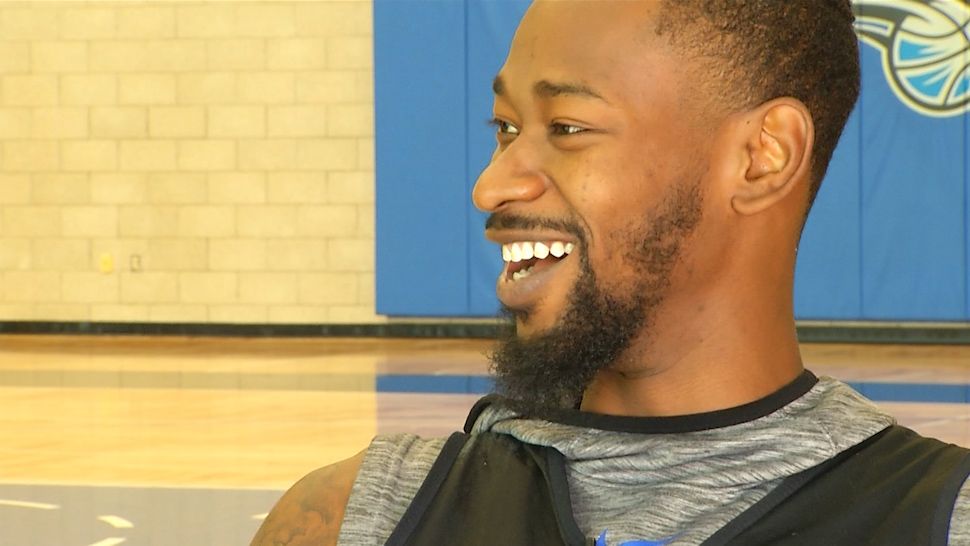 ORLANDO, FLA. – Orlando Magic guard Terrence Ross’s twitter handle is @TFlight31. ‘Flight’ might be the most appropriate way to describe his game.

“It’s kind of such a natural instinct sometimes,” Ross said following a preseason practice. “I just dunk and get back on defense.”

He doesn’t just dunk. He flies. A former Sprite Slam Dunk Contest Champion, Ross gained a reputation as one of the league’s premiere highflyers during his time with the Toronto Raptors.

“Some people be like ‘oh that looked super dope’ and I’m just like that looked okay to me,” Ross said. “I don’t know because I’ve seen myself dunk so much it’s not really appealing as much.”

To him it may not push the needle but fans certainly take notice. The Magic guard looks like superman soaring through the lane for a jam.  Coincidence?

“I was into superheroes when I was younger but I didn’t really like get into it until maybe like Iron Man came out,” Ross said.

“Everybody thinks when you talk about comic book characters you’re all about the heroes. I’m kind of the opposite man. My top four would be Deadpool, Thanos, Joker and probably Batman.”

He loves the villains but he’s definitely one of the good guys for the Magic and around the league.

“You sit and talk with him. He’s a really interesting guy,” said Magic Head Coach Steve Clifford. “He’s got a ton of personality so if you want to say who are the three to four guys you want to go to dinner with he’d be one of them.”

After arriving to Orlando in a trade with Toronto towards the end of the 2016-17 season, Ross quickly carved a niche for the pinstripes under then Head Coach Frank Vogel.

The man known as ‘T-Flight’ wouldn’t take off for four months after suffering a gruesome knee injury in a December 2017 matchup with the Thunder.

“I had to sit by and watch especially when the team wasn’t doing so great,” Ross said. “It was kind of tough.”

The superhero hung up his cape for months but didn’t stop working. Ross studied his team from the sideline gaining a better understanding of their chemistry. When Clifford arrived this offseason, Terrence’s mental game paid off dividends.

“It’s a setback but it wouldn’t be if he hadn’t done so much work and I think he’s ready to have a real good year,” Clifford said.

Ross is back fully healthy and off to a strong start. Off the bench he scored 15 points in Saturday night’s one-point loss at the Sixers. His return to the court, in his own words, mirrors the comeback of one of his favorite superheroes.

“Thor was kind of hurt the last few movies he was in and he kind of gets that new weapon and comes down and comes back with a vengeance,” Ross said.

When asked what his new weapon was, Ross responded with, “a new knee.”