WEST TEXAS — The FAA announced that it will be investigating what it labeled as a "mishap" after an uncrewed Blue Origin launch ended with a New Shepard rocket being destroyed on Monday morning, but with the capsule safe.

The rocket experienced some type of “anomaly” at around 1 minute 4 seconds after launch at about 27,684 feet and going about 653 mph as the capsule continued to climb in both speed and altitude.

The capsule, called RSS H.G. Wells, was separated from the New Shepard rocket by the backup safety systems that are built in, said Dr. Erica Wagner of Blue Origin during the company’s webcast of the launch.

“It appears we’ve experienced an anomaly with today’s flight. This wasn’t planned and we don’t have any details yet,” said Wagner, who is the senior director for emerging space markets for Blue Origin.

The New Shepard rocket, on its ninth flight, reached Max Q before the anomaly happened.

“That’s the point where aerodynamic stress on the vehicle is at its maximum,” Wagner described moments before rocket failure occurred.

As the capsule descended at around 24,275 feet, the parachutes deployed. The capsule “was able to escape successfully,” Wagner explained.

It is not known at this time what caused the New Shepard rocket to have a "booster failure," according to the company founded by Jeff Bezos.

The launch was supposed to happen on Aug. 31, but was scrubbed due to weather.

An investigation into what happened

Late on Monday, the FAA released a statement, saying it "will oversee the investigation of Blue Origin's NS-23 mishap that occurred ..."

While the FAA's statement recapped the events of what transpired, it stated that the investigation is standard practice for when mishaps happen and stated that none of Blue Origin's New Shepard rockets can launch until it has been discovered what caused the rocket failure.

"Before the New Shepard vehicle can return to flight, the FAA will determine whether any system, process, or procedure related to the mishap affected public safety," the FAA stated.

Onboard the RSS H.G. Wells and the mission

Onboard the RSS H.G. Wells capsule are 36 payloads from colleges, research institutions and students from around the world, according to Blue Origin in an August press release.

In fact, 18 of them were funded by NASA. One such payload was the Infinity Fuel Cell, which would have shown the operation of hydrogen fuel cell technology in microgravity, said Wagner, who added in the webcast before launch that the project was in collaboration with NASA's Johnson Space Center in Houston.

These fuel cells could be used to power such things as lunar rovers, surface equipment and even habitats, Blue Origin stated in the press release.

The payloads also included projects from area schools and universities, such as:

“These payloads are helping prepare important capabilities for our future of living and working in space, for the benefit of Earth," said Wagner.

Also onboard were "tens of thousands of postcards" from Club for the Future, Blue Origin's nonprofit, said Wagner. The purpose behind the club is to inspire students to go into a career in STEM. 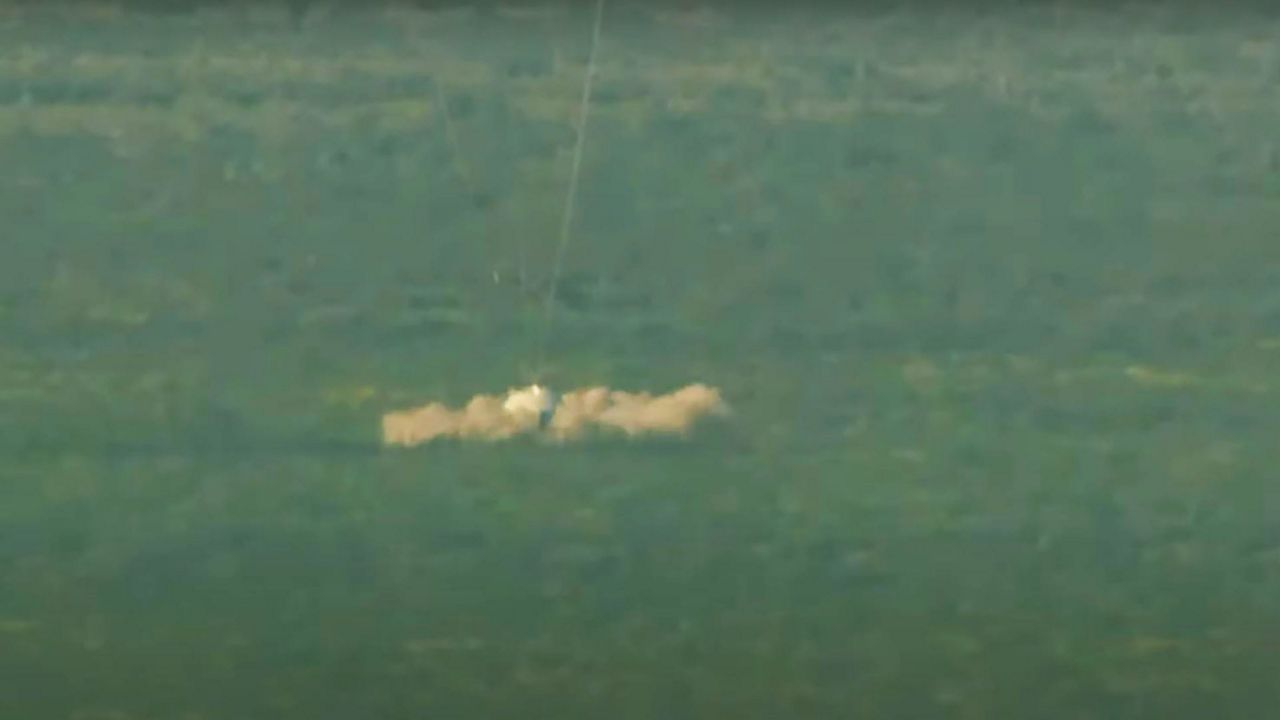 How it should have ended

Before launch, Wagner gave a breakdown of how the mission was supposed to go, from liftoff, to reaching Max Q to stage separation between the New Shepard rocket and the capsule at the Kármán line — where space begins at 62 miles — and the RSS H.G. Wells would be in a free flight.

The booster at this point would have deployed its wings, then drag brakes and eventually restart its engines for a landing.

While the capsule and its experiments did not reach into space, its landing did go according to plan, albeit sooner than expected, stated Wagner, as it deployed its parachutes — called drogues — and fire its retro thrusters right before returning to Earth.