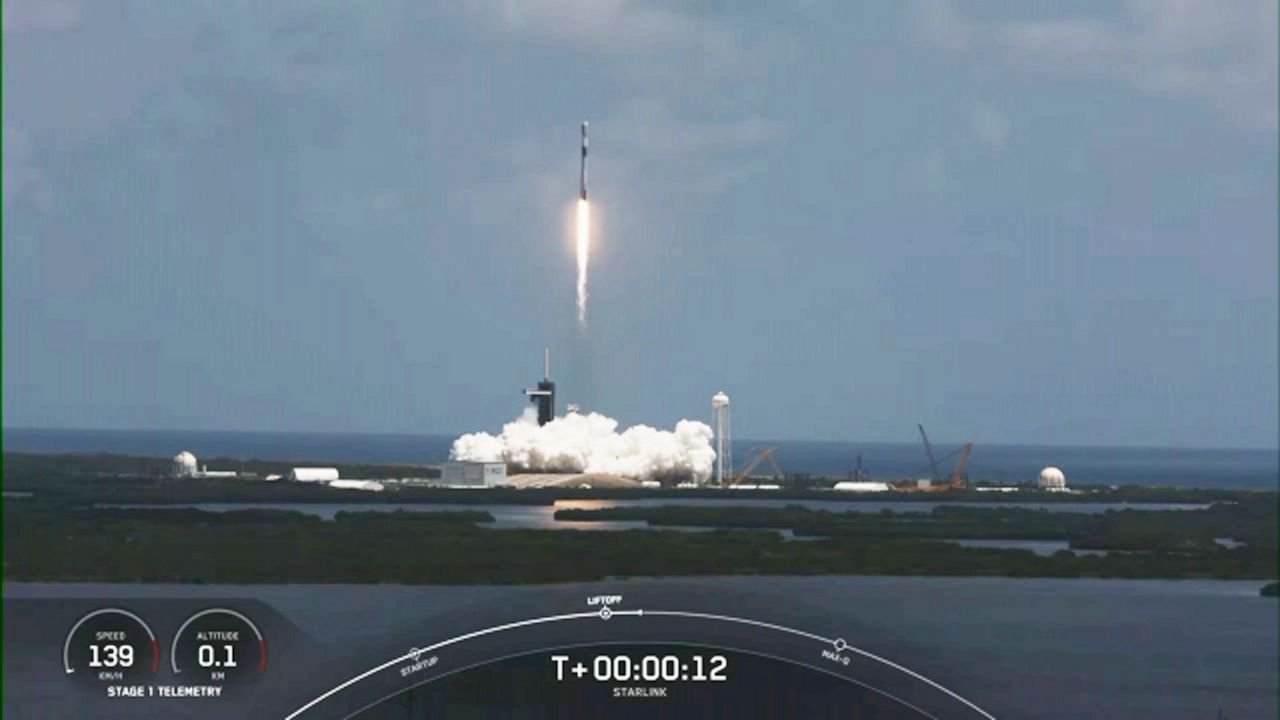 KENNEDY SPACE CENTER — SpaceX kicked off the weekend with a Starlink satellite launch on Friday afternoon.

🚀 @SpaceX kicked off the weekend with a #Starlink satellite launch on Friday afternoon, reports @AnthonyLeone

Find out what these 53 Starlink satellites will be doing right here: https://t.co/v4qsEunC8l pic.twitter.com/XJU66wP9ay

Originally, the launch was set to go at 12:08  p.m. EDT, but SpaceX pushed it back by one minute.

The 45th Weather Squadron gave the Friday launch a 90% chance of good weather.

The first-stage booster, which has been used for other missions like the Transporter-2 and the GPS III-3, landed on the droneship “A Shortfall of Gravitas” that is in the Atlantic Ocean after completing its mission. SpaceX tweeted out that this was the "... 100th successful mission" for this style of rocket.

The Starlink satellites will allow internet access coverage to most of Earth and provide an advanced broadband capability for activities like video calls and streaming.

The Starlink company is operated by SpaceX.