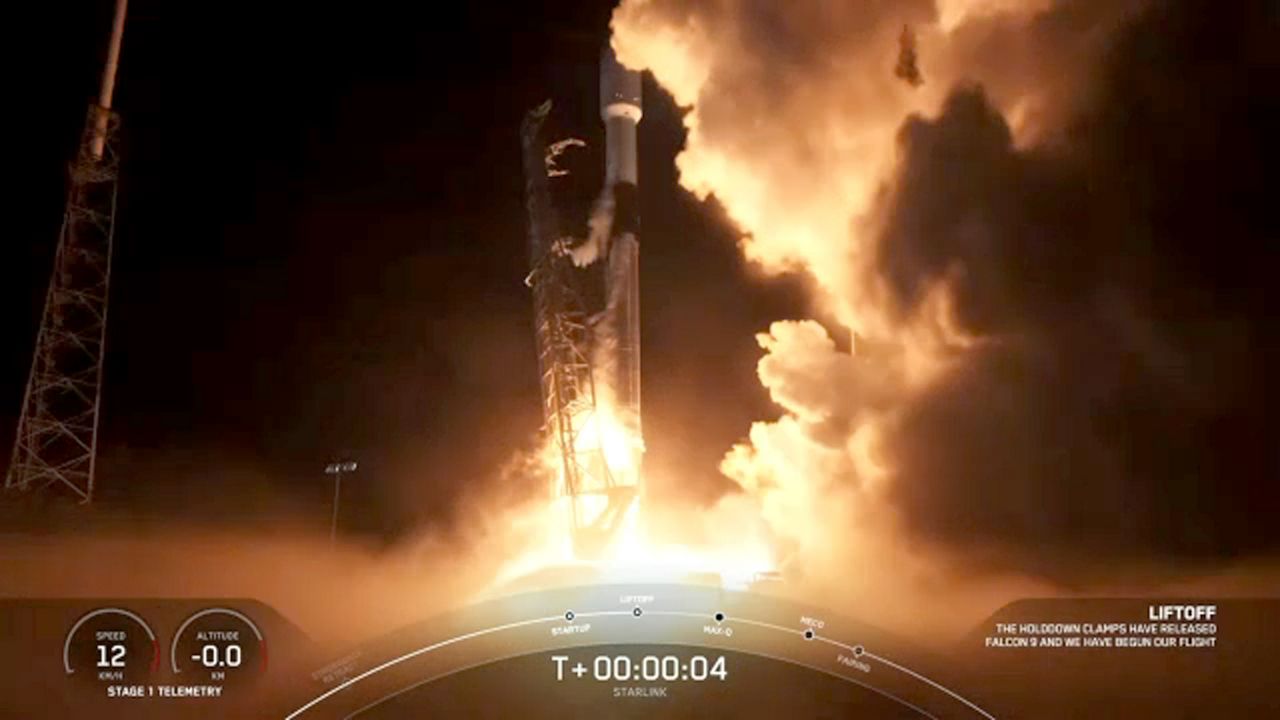 CAPE CANAVERAL, Fla. — The next batch of Starlink satellites were launched into orbit atop a SpaceX Falcon 9 rocket Thursday evening from the Space Coast.

The launch window opened at 6:12 p.m. EST from Space Launch Complex 40 at the Cape Canaveral Space Force Station. Originally, the window was supposed to open at 6:28 p.m. EST.

Targeting tonight at 6:12 p.m. EST for a Falcon 9 launch of 48 Starlink satellites and 2 BlackSky spacecraft to orbit from SLC-40 in Florida

SpaceX stated that 48 satellites onboard the Falcon 9 rocket will become part of a constellation of thousands of mini-satellites that will eventually provide internet access around the world.

On Wednesday night a SpaceX Falcon 9 rocket performed a static fire test ahead of the planned launch from the Cape Canaveral Space Force Station.

Also hitching a ride on the rocket were two Earth observation micro-satellites from BlackSky.