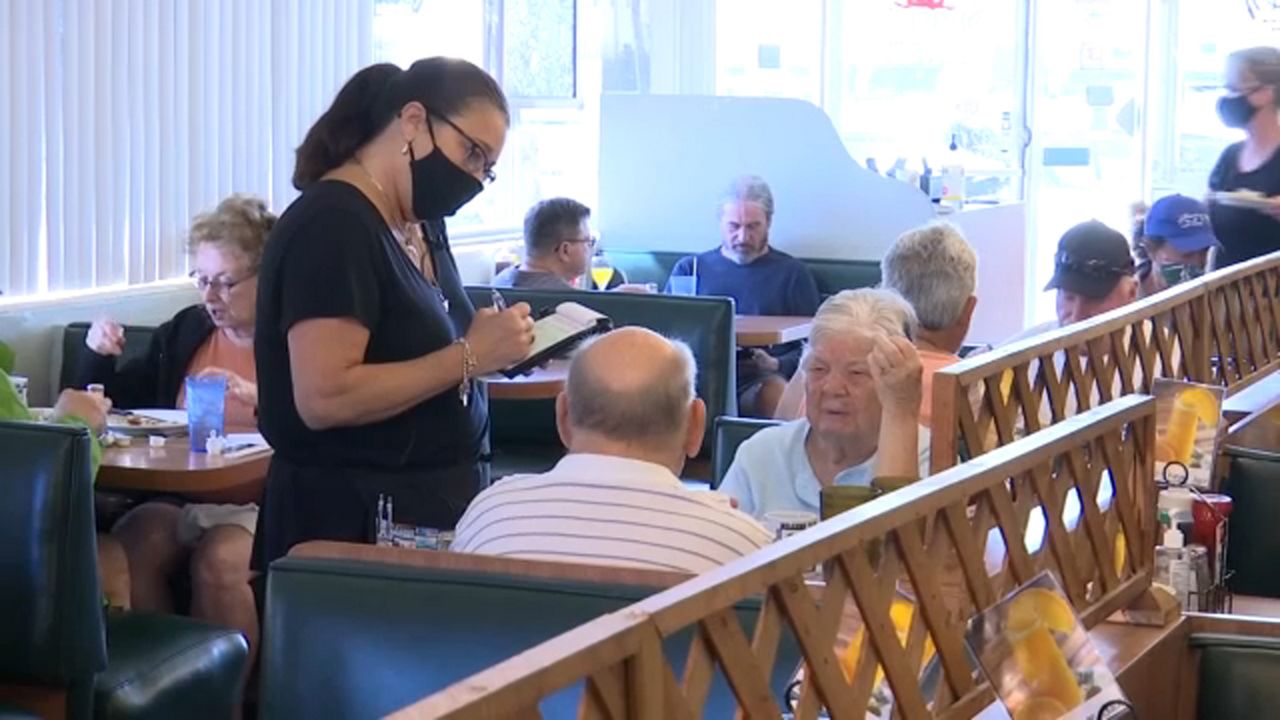 Space Coast tourism sees huge boost when there is a launch

SPACE COAST — Domenique Grant was flying around Sunrise Diner on Thursday morning since just about start of business.

The popular eatery normally sees a fair amount of hungry customers around opening time, but the manager of six years said it gets even more slammed when folks know there is a launch on the horizon.

“I can tell you that my average checks run between 30 and 50,” Grant said, “in just the morning.”

And theirs is not a unique story. According to the Space Coast Office of Tourism, about 220,000 people poured in to watch the Crew Dragon demo launch on May 30, 2020.

The data shows that an average person staying overnight to watch a launch spends about $350 and an average daytripper will spend about $150. The organization estimated that there was at least $44 million spent by visitors last May during that launch alone.

Karen Scarbrough and her father traveled from southern Mississippi to catch a glimpse at their first launch.

They said watching the launch of the Mars Perseverance rover inspired them.

“Just a couple of months ago, we were sitting in the living room, just talking about how cool that was, just watching the footage, and Dad said to me, ‘You know, I’ve never seen a rocket launch.’ And I haven’t either. But he’s almost 74 and I thought, ‘You know what? Let’s go. Let’s just get in the car and drive.’ We’ll plan the whole trip,” Scarbrough said.

Ryan Hathaway, a local space enthusiast, said most people who came for the Crew-2 launch will find a way to stick around through Friday morning.

“That’s a huge thing because especially for people that come from out of state just for the launch. So, they’re not going to just up and leave and change their plans just because the launch got delayed a day,” Hathaway said.

And that means there will be plenty of hungry stargazers who may be looking for a bite to eat before the launch or on their way out of town.

“It’s exciting for the people in here eating at the time. You feel the rumble of it and the walls going and the windows going and they get all excited. It’s like the whole restaurant clears out. Everybody’s in the parking lot looking up,” Grant said.