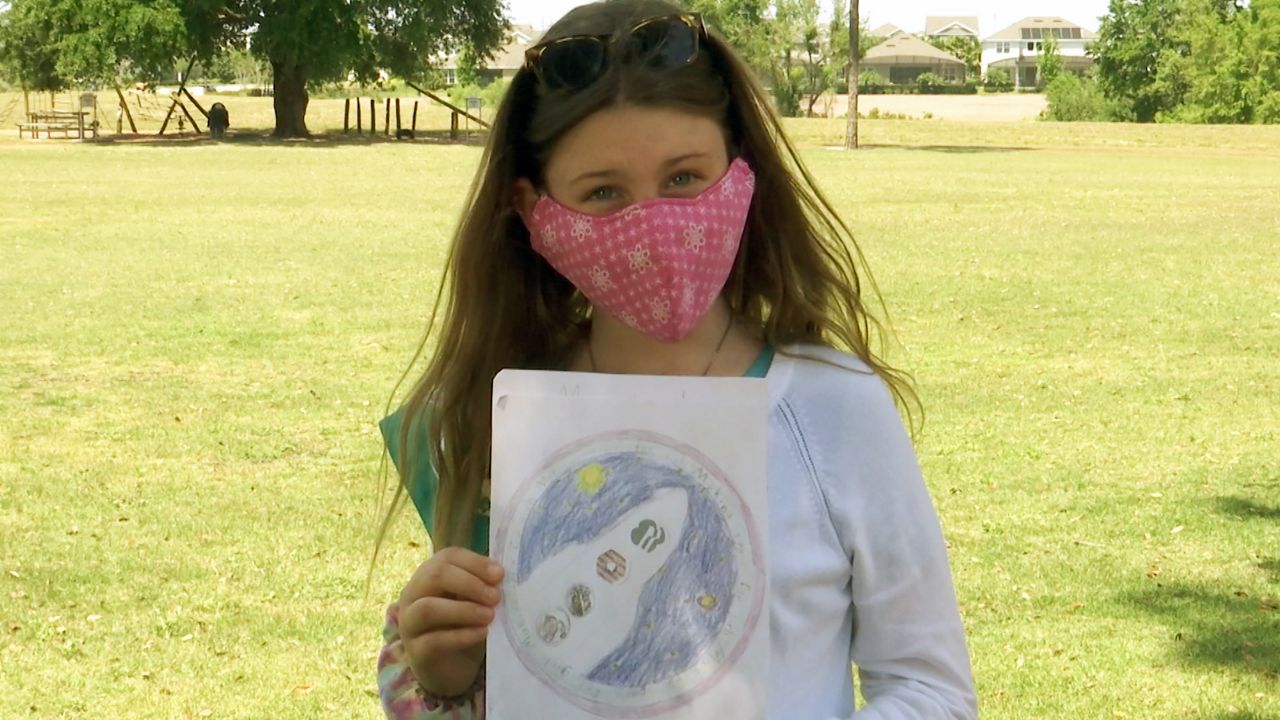 A contest between the Girl Scouts and SpaceKids Global is hoping to turn that intergalactic interest into a career in STEM fields for young girls, by launching the winning ideas into space. (Spectrum News 13)

Contest aims to put girls in STEM fields, the stars

ORANGE COUNTY, Fla. — With the return of crewed launches and regular rocket liftoffs now happening from the Space Coast, many people around Central Florida are renewing their own interest in space.

A contest between the Girl Scouts and SpaceKids Global is hoping to turn that intergalactic interest into a career in STEM fields for young girls, by launching the winning ideas into space.

Like many young people living in Central Florida, space exploration has peaked the interest of Girl Scouts Ashley Lassiter and Anwesha Joshi.

“It’s just really cool and there’s so much more to explore about it,” said Anwesha Joshi, a Sanford Girl Scout in Troop 1595.

Hearing about a contest that would send winning essays, badge designs and experiments out of this world immediately sparked their creativity.

“I like outer space, I’m a Girl Scout so you know, why not? Let’s try it,” said Ashley Lassiter, a Winter Garden Girl Scout in Troop 964.

Lassiter’s idea did not take long.

“Three seconds?" Lassiter said, laughing. "Because, I like designing things a lot. I came up with the girls in the windows because I thought it’s really important for everybody to be included, so I added girls of different ages, brownies, juniors and different cultures as well."

Joshi dreamed up a science experiment, aimed at solving an out-of-this-world problem for future astronauts needing to grow plants on Mars.

“I thought is you take some soil from Earth, mix it with some Martian soil and try and grow plants there on the ISS,” Joshi said.

“You know, never discount the imagination of kids. There were so many brilliant, clever essays, artwork, science projects,” said Sharon Hagle, CEO and founder of SpaceKids Global.

Hagle decided to put the “Making Space For Girls” contest together with the Girl Scouts to inspire young people, especially girls to consider STEM careers. It is often something many do not realize is possible, Hagle said.

“The number one question when we have our Q and A is ‘I didn’t know there were other jobs in the space industry other than an astronaut,’" Hagle said. "And I think it’s very important that kids know that there’s a whole team of people that help with these launches, from mission control to designs, engineering."

A future Virgin Galactic astronaut herself, Hagle wants young girls to realize every possibility that is out there for them.

With nearly 700 girls around the globe entering, they succeeded in exposing the girls to space.

Twelve winners in all were chosen, including Joshi and Lassiter. And both scouts were over the moon to hear the news.

“I was really surprised at first,” Joshi said.

Both scouts have career aspirations of visiting the stars themselves one day, hopeful that this launch sending their ideas into space will just be the beginning for them.

“I want to be astronaut when I grow up, I want to go to Mars,” Lassiter admitted.

“Yes, that’s exactly what I want to be when I grow up, actually,” Joshi shared.

Right now, the rocket with the winning Girl Scout’s ideas on board is set to launch this Aug. 18, from the space coast. ​