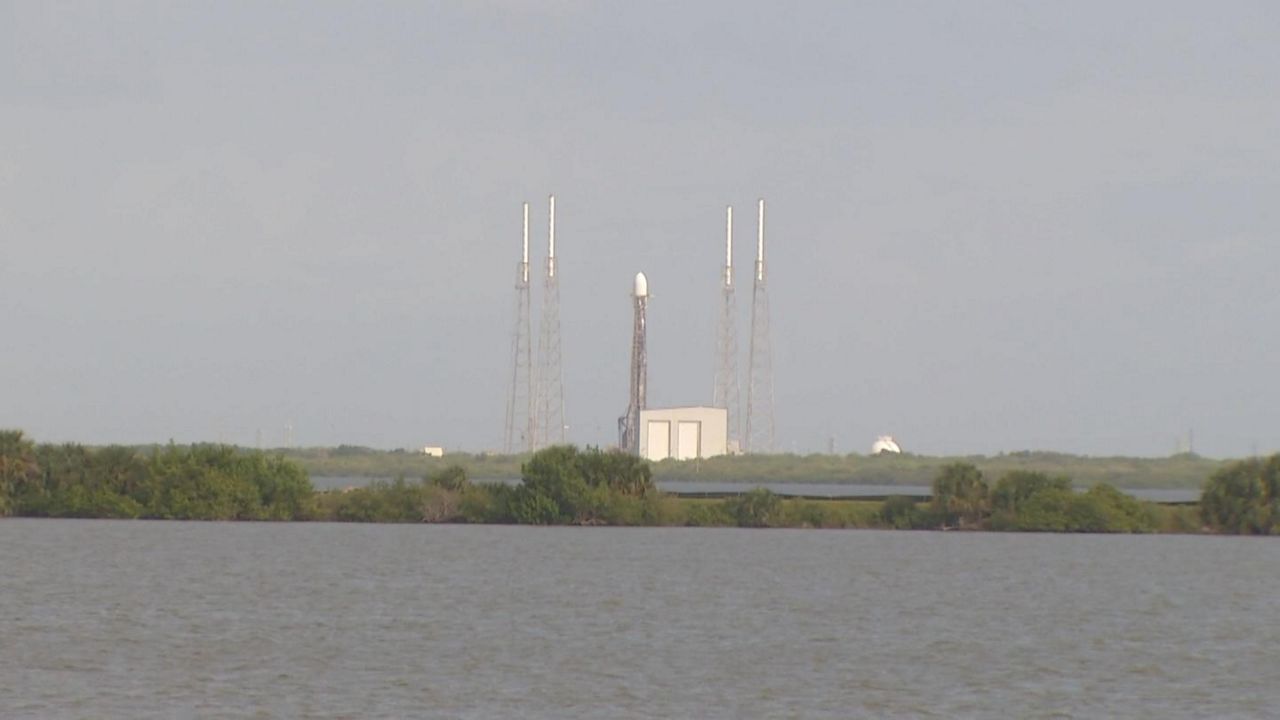 A SpaceX Falcon 9 rocket carrying another load of Starlink satellites will sit idle for at least one more day after a launch was called off Thursday afternoon. (Jonathan Shaban/Spectrum News)

In a tweet minutes after the 12:14 p.m. ET launch time, SpaceX announced it was standing down from the launch attempt for "mission assurance work."

Standing down from today's launch of Starlink to allow additional time for mission assurance work; will announce next launch opportunity once confirmed on the Range

There is a tentative backup liftoff time for 11:53 a.m. EDT, Friday from Space Launch Complex 40 at Cape Canaveral Air Force Station, according to SpaceX's website. But as of Thursday afternoon, SpaceX had not officially announced a new date and time for the launch attempt.

According to Musk, there was an issue with the loss of an upper stage camera. He said it was not serious, but mission teams will re-examine the rocket to verify.

The 45th Weather Squadron had forecast a 50% chance of favorable weather at launch time Thursday.

The 60 Starlink satellites aboard the Falcon 9 will add to the more than 700 already in space to eventually form a large orbital, broadband network to provide service to underserved areas around the globe.

This is the 15th Starlink mission.

Following the Falcon 9 rocket’s stage separation, SpaceX will attempt to land the rocket’s first stage on one of SpaceX's drone ships out in the Atlantic Ocean.

The Falcon 9’s first stage has been used in two other missions: The GPS satellite mission in June and another Starlink mission last month.

When this Starlink mission does happen, Spectrum News will bring it to you live.