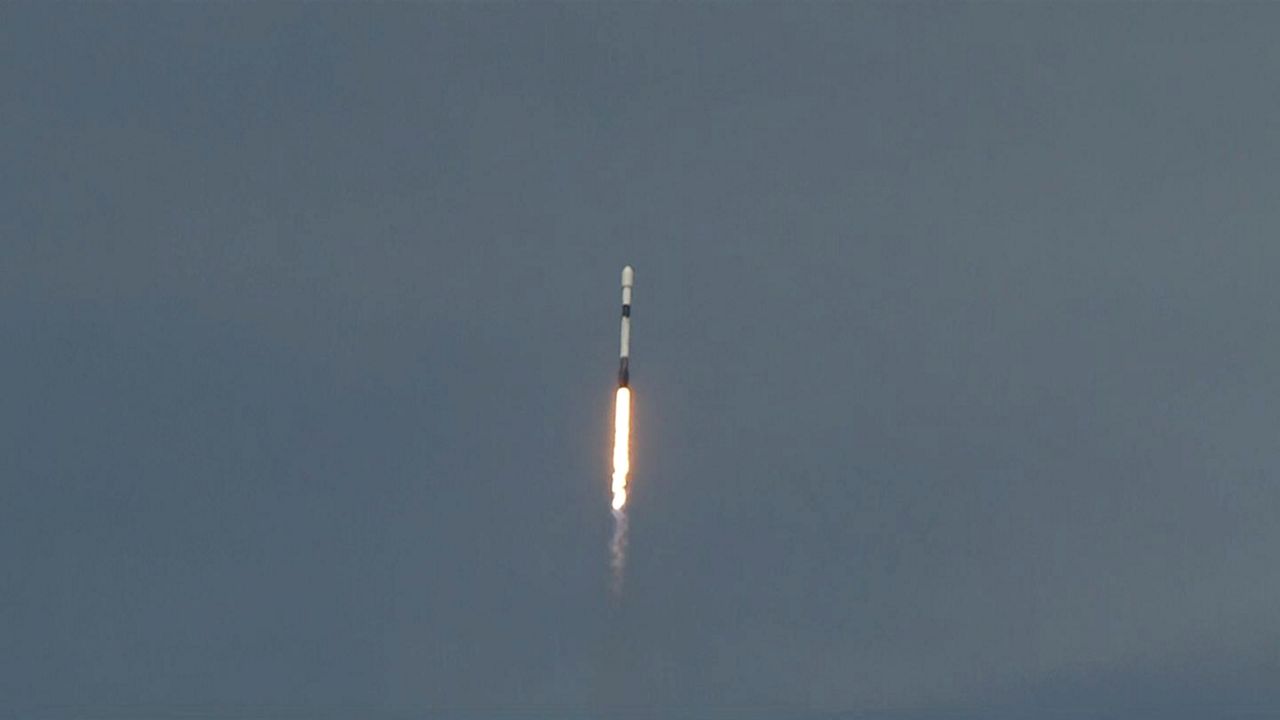 A Falcon 9 rocket blasts off from Kennedy Space Center on Wednesday afternoon with another batch of mini-satellites for its Starlink broadband internet network. (Jon Shaban/Spectrum News)

SpaceX Falcon 9 Lifts Off From KSC With More Starlink Satellites

KENNEDY SPACE CENTER, Fla. -- A SpaceX Falcon 9 rocket lifted off from Kennedy Space Center on Wednesday with another batch of satellites for its Starlink communications network.

A Space X Falcon 9 rocket lifted off from Pad 39A right at 3:30 p.m. ET amid beautiful, warm conditions.

Despite the global coronavirus crisis, SpaceX continues to build its Starlink broadband network.

The company's Falcon 9 rocket carried the 60 satellites into orbit, where they will join the hundreds of other mini-satellites in space. The Starlink network will eventually provide consumer broadband internet service to underserved areas around the world.

Space X's secondary mission happened as planned: the landing of the Falcon 9 first stage booster on the company's drone ship far out in the Atlantic.

With the satellites deployed successfully, it makes 420 of them in orbit so far, with thousands more expected in the coming years.

There continues to be concern and discussion in the astronomical community that the constellation of will drastically alter the night sky due to their brightness.

A couple of launches are in the works set for May, though times have not been formally announced. The major one is scheduled for May 27, when, for the first time since the shuttle last flew in 2011, two NASA astronauts are scheduled to blast off from American soil into space in a SpaceX Crew Dragon capsule to the International Space Station.