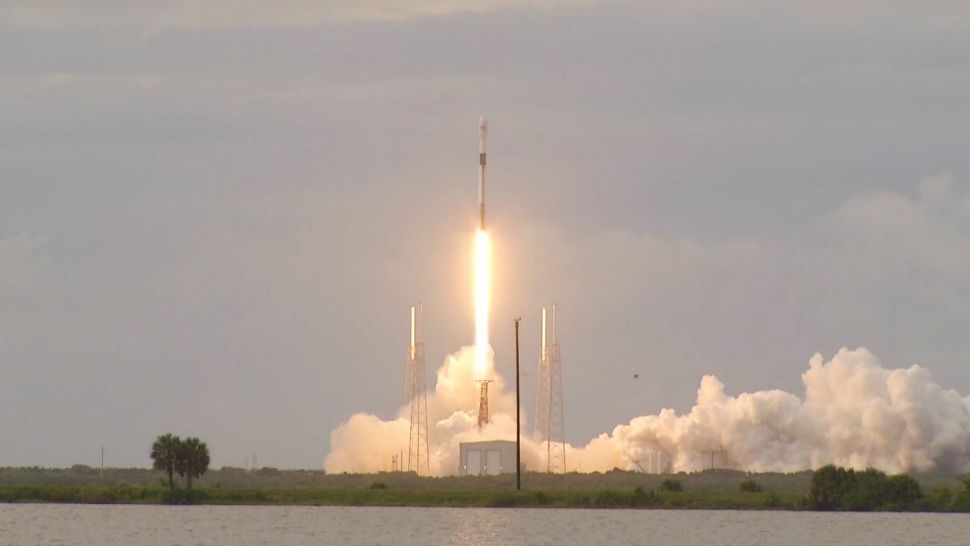 There is a lot riding on SpaceX for this launch: The last time an Amos satellite was set to launch in 2016, the rocket exploded during a test, destroying the $200 million satellite aboard.

Now, the company is sending the Amos 17 into space. It's an advanced communications satellite owned by Spacecom, an Israeli company. The satellite will provide communication services to the Middle East and Africa. The life expectancy of the satellite is more than 15 years, and it's worth about $250 million.

🔊 SOUND ON! 🔊 Waaaaait for it — you might think this launch video is silent at first, but don't miss the delayed roar from this @SpaceX Falcon 9 🚀 as it lifts off from Cape Canaveral Air Force Station. Here's its mission: https://t.co/fLKaumJooU (🎥: @Jon_Shaban) pic.twitter.com/wHU6mzMixr

Weather conditions were bleak most of the day, with dark storm clouds shrouding the launch area earlier Tuesday. But the skies had cleared and winds calmed down in time for the launch, which was originally scheduled for 6:53 p.m.

There was an investigation in to what caused the September 2016 explosion. SpaceX concluded that one of the composite overwrapped pressure vessels used to store liquid helium failed. The failure was likely caused by a buildup of oxygen between the vessel’s lining and overwrap, the report said. Investigators also concluded that loading temperatures of the helium were cold enough to create oxygen, increasing the chances of oxygen becoming trapped.

That explosion marked the end of the engine tests being performed with a payload on board.

It's a quick turnaround for launches on Florida's Space Coast this week: A United Launch Alliance Atlas V rocket is scheduled to blast off from Pad 41 at Cape Canaveral Air Force Station at 5:44 a.m. ET Thursday.