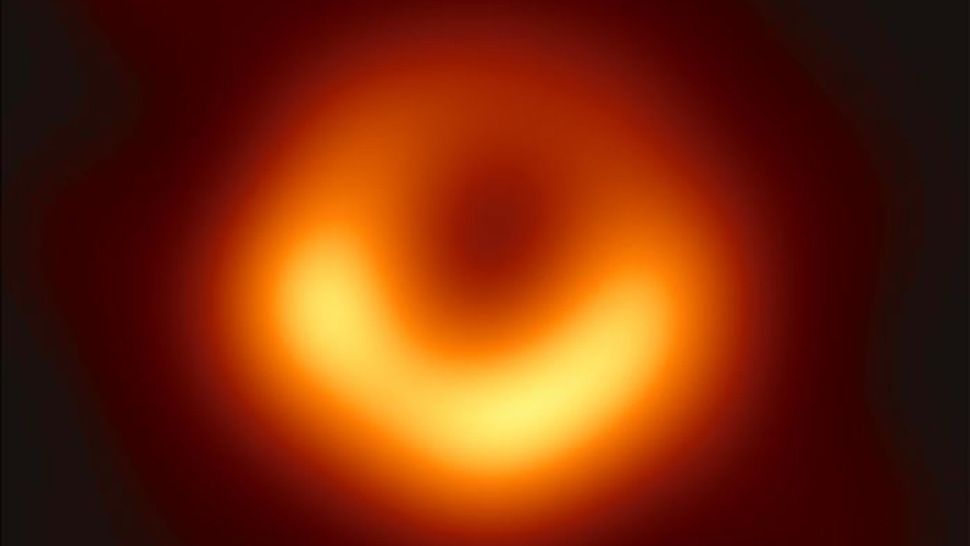 The first-ever image of a black hole. (The Event Horizon Telescope Collaboration)

NATIONWIDE — Scientists unveiled a celestial delight Wednesday by showing the first image taken of a black hole — or the shadow of a black hole, to be more accurate.

The supermassive black hole, found in the center of the galaxy M87 — about 53.49 million light years from Earth, was chosen as the Event Horizon Telescope was used capture the stellar image.

Scientists in a study described how in 2017, they were able to snap a few photos of an object that is black against an area, space, that is already black.

"When surrounded by a transparent emission region, black holes are expected to reveal a dark shadow caused by gravitational light bending and photon capture at the event horizon," stated the study published in the Astrophysical Journal Letters.

For a long time, black holes were theoretical, with no concrete proof of their existence. It has been theorized that they are created when a giant star loses its energy and implodes, causing its center to collapse under its weight.

Black holes' gravity is so strong that nothing can escape it, including light.

Before the images were released, astronomers could not see black holes and could only observe the effects of objects that get too close.

It is also theorized that time is affected differently at or very near black holes. It is also speculated that black holes eventually evaporate over time and return the energy that they captured back into the universe.