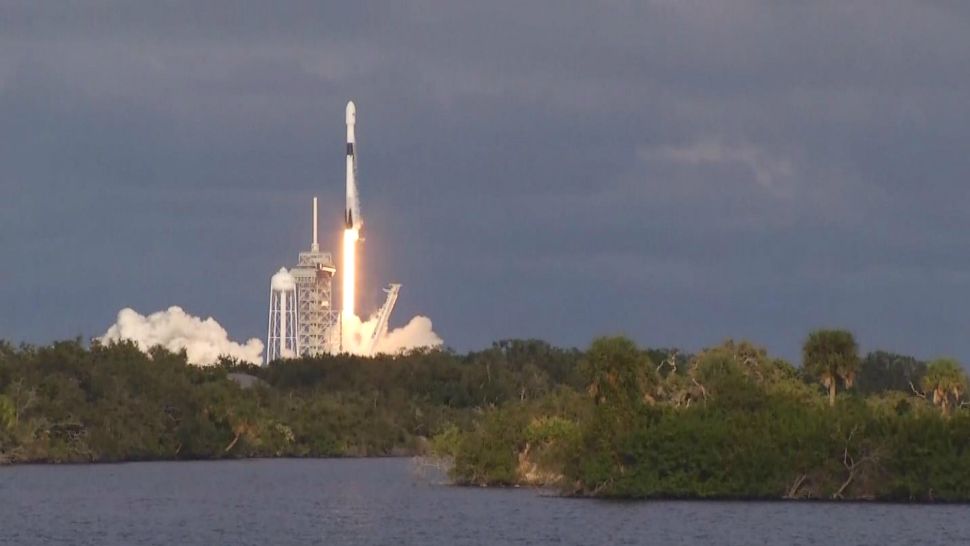 The company launched the Es'hail-2 communications satellite for Qatar aboard the rocket, which lifted off right when the launch window opened at 3:45 p.m. EST.

The satellite will provide communications for the Middle East and parts of North Africa.

After liftoff, SpaceX landed the Falcon 9 first-stage booster on the company's drone ship several hundred miles out in the Atlantic.

The rocket blasted off from historic Launch Pad 39A at Kennedy Space Center, where NASA once launched space shuttles and Saturn V rockets.

The launch was one of two U.S. launches that were to take place Thursday, until the morning launch from NASA's Wallops Flight Facility in Virginia was pushed back a day because of the likelihood of poor weather.

That launch, of an Antares rocket that will carry cargo to the International Space Station, is now scheduled for 4:01 a.m. EST Saturday.