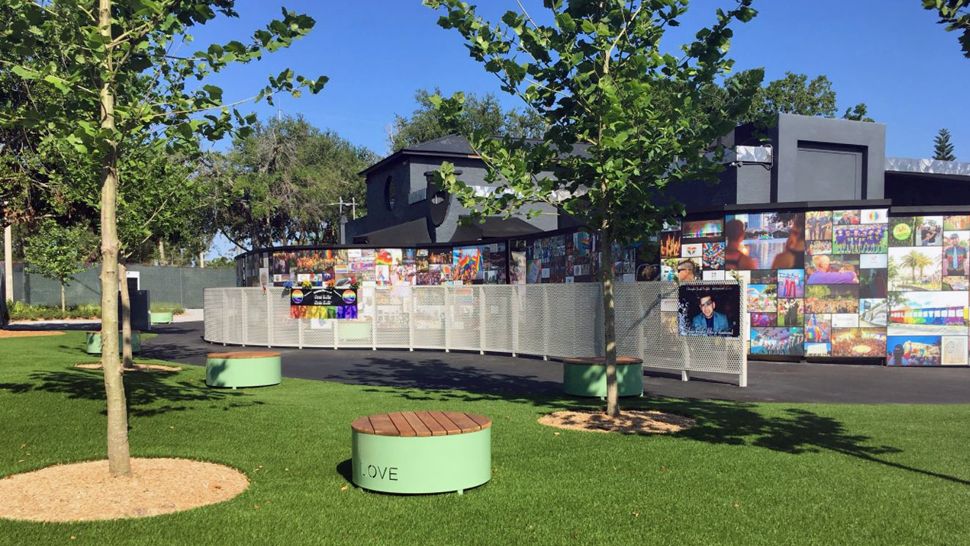 ORLANDO, Fla. — As many mark the five-year remembrance of the Pulse Nightclub shooting, the community will come together at what is now a memorial to celebrate and honor the 49 lives lost.

For the past five years, Sunshine Donoway visits the Pulse Night Club Memorial at this time each year.

Donoway, a nurse, was working that morning at the hospital just a few blocks away.

“It didn’t seem like something that could have truly happened,” said Donaway.

She remembers a chaotic scene.

Donoway brought her son to the memorial.

He asks questions about that night but there are no easy answers.

“He just wants to know why somebody would do that to people for no reason,” said Donoway.

The shooter, Omar Mateen, swore allegiance to ISIS he told a Spectrum News 13 producer during the terrorist attack.

Chad Stowers also stopped by the memorial to look at the signs honoring some of the 49 people who died.

“It’s emotional to see all the faces and the people that we’ve lost,” said Stowers.

Stowers said he and his husband enjoyed going to Pulse. He was there just a couple of weeks before the shooting.

He could not believe what he saw unfolding on the news.

“The trauma impacts you. It’s something you’re always going to remember where you’re at when you heard about it,” said Stowers.

But Stowers said following that horrific night, as seen pictured at the memorial, Orlando wrapped its arms around the LGBTQ community.

“Everybody stood together and locked arms and it showed who Orlando was,” said Stowers.

And now on the five-year remembrance, Stowers said it is time to celebrate the people who we lost, but also look toward to the future.

There will be a private Remembrance Ceremony at Pulse on Saturday at 7 p.m.

The event will be streamed and the public can watch it from the Dr. Phillips Frontyard Festival.

It will also air live on Spectrum News 13.