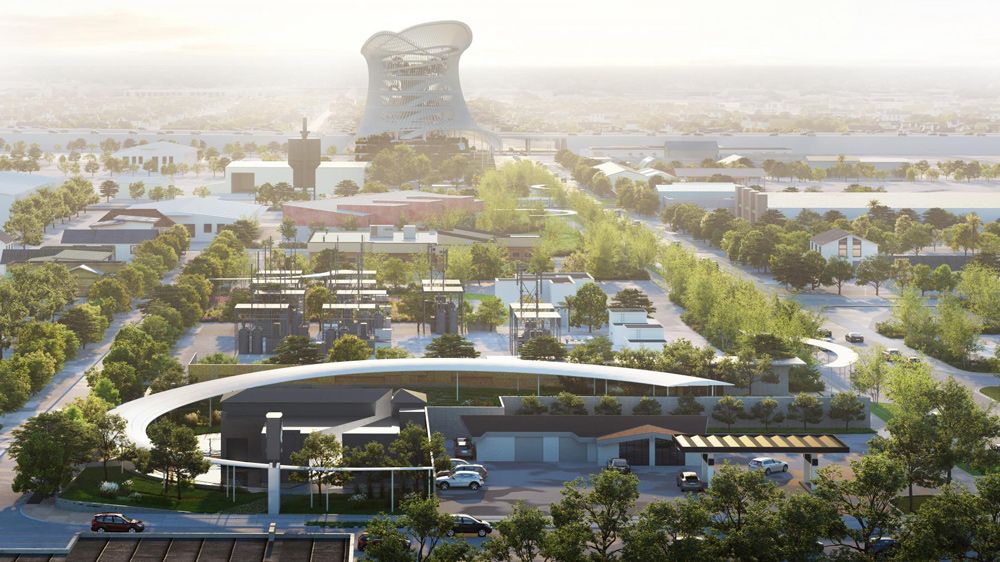 One of the six design proposals for the Pulse Memorial and Museum, from Coldefy and Associés. The memorial is in the foreground and the museum is rising in the back. (onePulse Foundation)

ORLANDO, Fla. — It was announced on Wednesday that Coldefy & Associés is the winning design team that will work with onePULSE Foundation on the National Pulse Memorial and Museum.

@onePULSEorg has chosen @Coldefy_CAAU as the winning design team they will work with to design final plans for permanent #Pulse memorial.

Six firms were selected as finalists and after a month of public comment, the onePulse Foundation announced that Coldefy & Associés was the winner at a gathering at the Dr. Phillips Center for the Performing Arts.

Coldefy & Associés will now work with to design a permanent national memorial at the site of the Pulse nightclub. The design firm was selected from a group of six teams who worked on designs.

While the design is still a work in progress, the firm's design shows a memorial structure that appears to rise several stories into the air and a reflecting pool that would surround the nightclub property.

It is a project that has been years in the making by the onePULSE Foundation.

Six designs were selected by finalists and have been on display in downtown Orlando for nearly three weeks for the public to look at and vote on what they would like to see.

It was a very emotional announcement as some of those people closest to the Pulse nightclub shooting, including survivors and the families of victims, were there for the announcement.

The Pulse National Memorial will be at the nightclub site, but there are also plans for a museum that will be a few blocks down the street.

Here's some more images. You can watch videos from the 6 firms here: https://t.co/1cWx606Vvk pic.twitter.com/aDxeGKfszw

The museum will not be at Pulse itself, but up the street at the corner of Kaley Avenue and Division Avenue, with a groundbreaking set for 2021.

However, not everyone is happy with the plans as one of the dozens of survivors of the 2016  terrorist attack has some concerns.

Barbara Poma, founder of the onePULSE Foundation, assured Spectrum News 13 that there should be no concerns about this being a typical tourist attraction.

Poma says it is important everyone's voice is heard throughout the process and that is part of the reason why there has been so much community outreach since the beginning.