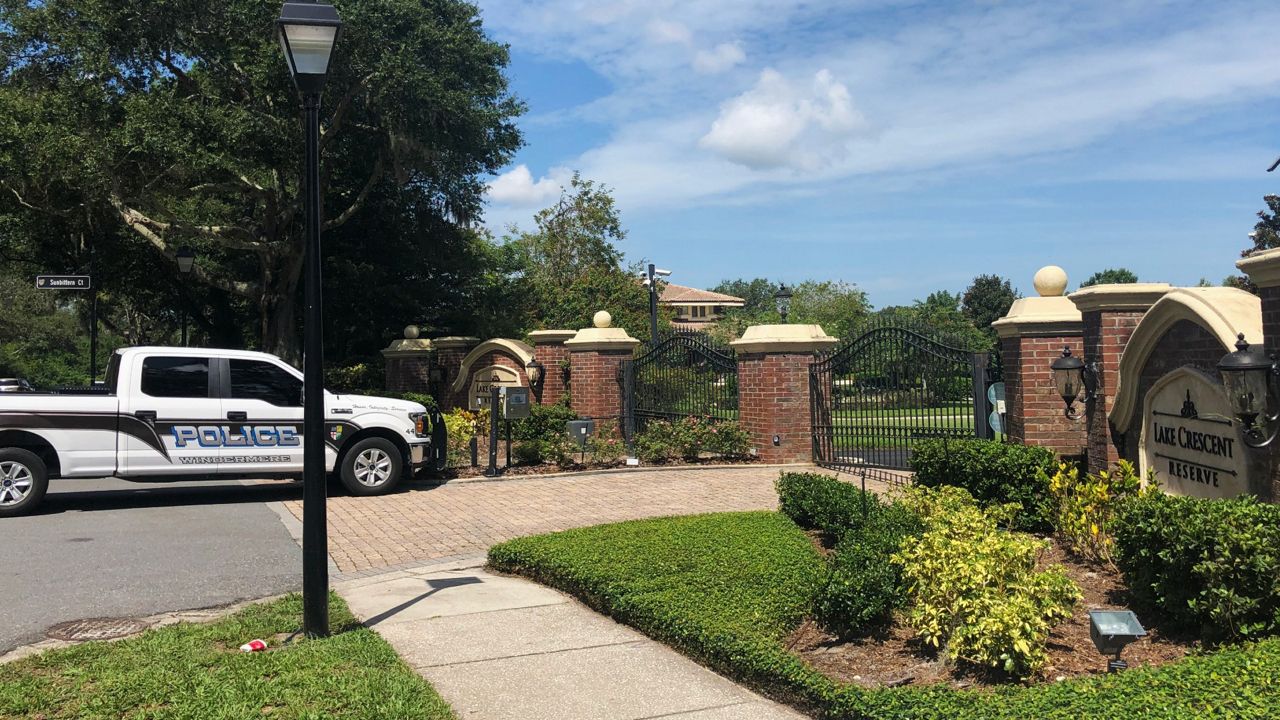 WINDERMERE, Fla. — Two men are dead after police say a man crashed into a gated Windermere neighborhood and attacked a family with a baseball bat late Thursday night.

Windermere Police Chief Dave Ogden in a news release said at about 11:09 p.m., a 10-year-old boy hiding in the bathroom of his grandparents’ house on Sunbittern Court called 911 to report a burglary at the home.

According to investigators, the child’s grandparents, John and Lisa Savey, confronted the man, identified as Ezekiel Emanuel Hopkins, who they say tried to steal the family's vehicle at the home.

Before the confrontation, video footage obtained by Windermere Police showed a vehicle crashing through the front gate of the Lake Crescent Reserve neighborhood.

As the Saveys encountered Hopkins, he allegedly attacked John Savey, the grandfather, with a bat and killed him, along with the child's uncle, James Savey, investigators say.

Hopkins also attacked grandmother Lisa Savey as she retreated inside the home. She ultimately survived the attack, but her condition has not been released.

According to police, the boy who called for help was physically not harmed.

Hopkins was transported to an area hospital. He's now in custody and is being charged with two counts of murder and aggravated battery.

Authorities say right before all of this happened, Ocoee Police spotted the suspected vehicle near a construction site in the area. Officers said the driver sped off fast, but police didn’t start a chase because in this case, it was against their policy.

The investigation is ongoing. Detectives say it’s still unclear why all of this happened.​