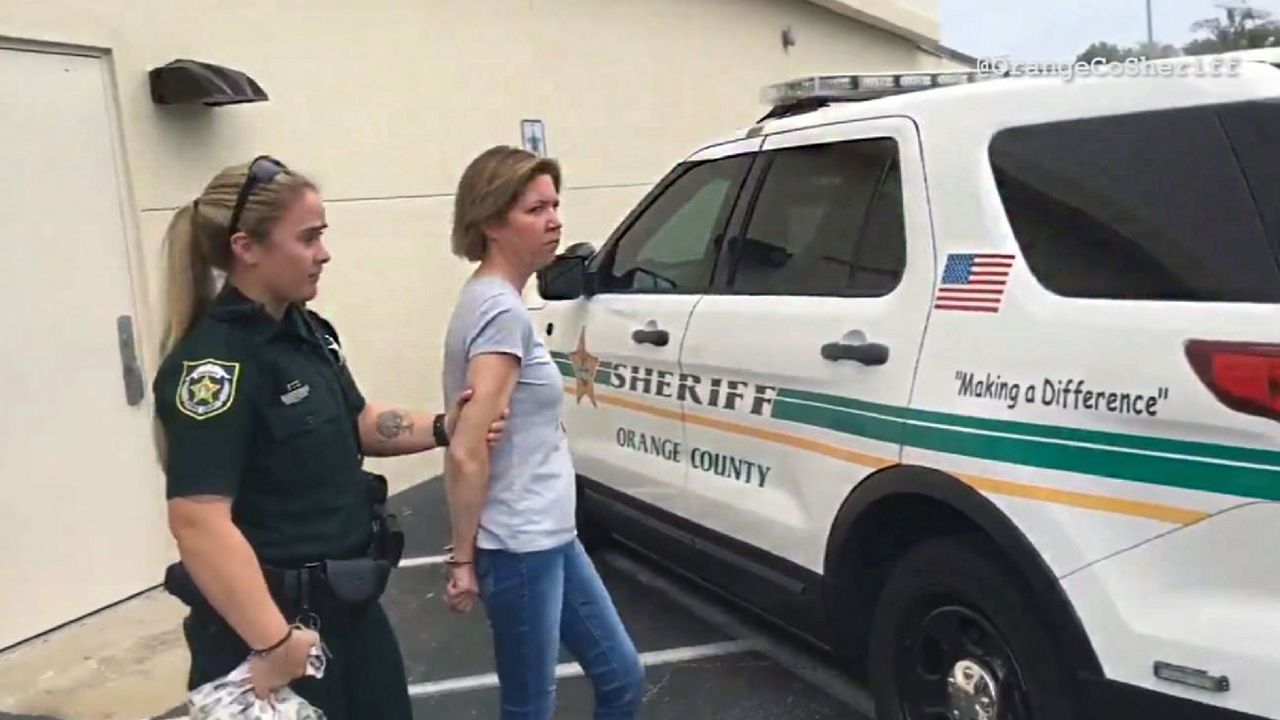 Deputies: Woman Zipped Up Boyfriend in Suitcase, Left Him to Die

WINTER PARK, Fla. — A Winter Park woman zipped up her boyfriend in a suitcase and left him there for hours as he yelled and pleaded for her to let him out, which ultimately caused his death, Orange County deputies say.

Sarah Boone told them she and Jorge Torres Jr. were playing a game of hide-and-seek Monday at their home on the 4000 block of Frantz Lane when he got in the suitcase, a Sheriff's Office affidavit says.

Boone told deputies that they both consumed a lot of alcohol, and she fell asleep. She said he later found Torres in the suitcase unresponsive and called 911.

Arrested: Sarah Boone, 42, for Second Degree Murder in the death of 42-year-old Jorge Torres Jr., who died after Boone zipped him into a suitcase, and didn’t return for hours. pic.twitter.com/JCHWG7WNkp

Deputies and Orange County firefighters who responded to the apartment confirmed Torres was dead and also noticed he had a small laceration on his lip and what appeared to be some bruising around his eye, the affidavit says.

Investigators said Boone agreed to allow them to search her cell phone, which contained two videos that depict Torres telling Boone he can't breathe and pleading for her to let him out of the suitcase.

"I can't f---ing breathe, seriously," Torres says, according to the affidavit. "Yeah, that's what you do when you choke me," Boone replies.

Later, as Torres continues to tell her he can't breathe, Boone says, "That's on you. Oh, that's what I feel like when you cheat on me," the affidavit reads.

Investigators say one video shows Torres pushing on the suitcase in an attempt to get out.

Boone appeared before an Orange County judge on Wednesday and was ordered held in jail without bond.

This wasn't the first time deputies had been called to the couple's Winter Park apartment. According to a July 2018 affidavit, deputies responded there after a call about a fight. Boone told them that Torres dragged her upstairs getting upset that she talked to another man at a bar. But Torres told deputies that Boone choked him and that he kicked toward her in an attempt to get her off him, according to that affidavit.

Neighbor Elijah Walker described Boone's relationship with Torres as violent and said he’s seen deputies at the home before. Although he wasn't close with the couple and would only see them in passing at the Tealwood Parke Apartments, he would constantly hear them.

"The walls here are very thin. You can hear them yelling, shouting, slamming things around," Walker said. "They definitely had a violent history from what I can tell and hear through the walls."

Ultimately, he said he wishes the couple had gotten help before things turned deadly.

"I hope they thoroughly investigate the situation as a whole, and whatever sentencing she receives it's what's deserved in that situation," Walker said.

Boone was charged back then with battery by strangulation (dating violence), according to the 2018 affidavit.