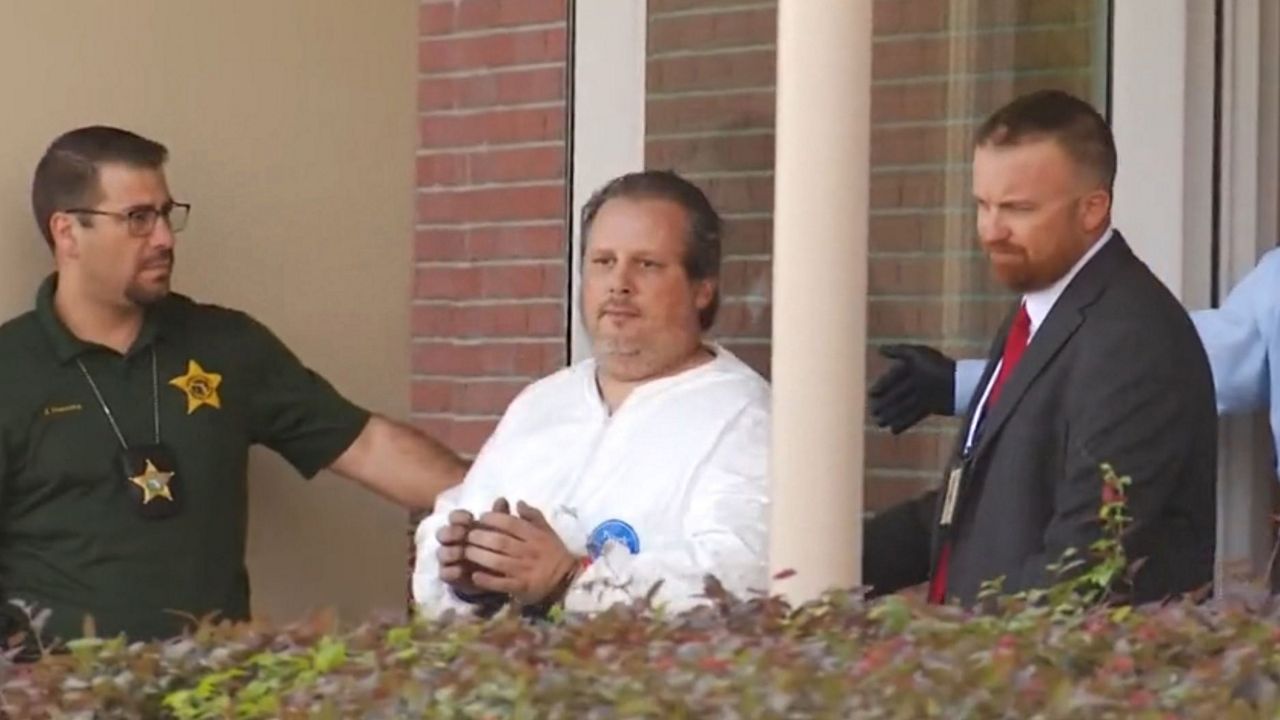 Anthony Todt, 44, is charged with the deaths of his wife, three children and the family dog. (Spectrum News 13)

Judge Denies Bond for Man Accused in Slaying of Wife, Kids in Celebration

OSCEOLA COUNTY, Fla. — An Osceola County judge on Thursday denied bond for the physical therapist accused in the Celebration deaths of his wife and three children.

Sheriff Russ Gibson said the murders happened sometime in late December, and that Anthony Todt admitted to the killings. Deputies found the bodies at the family’s home in Celebration on Monday while helping federal agents serve a warrant to Todt on an unrelated case out of Connecticut related to health care fraud.

Here’s unedited video of Anthony Todt’s first appearance before a judge from the Osceola County jail this afternoon. As you’ll hear, he says nothing. @OsceolaSheriff says Todt has confessed to killing his family and is cooperating with them. @MyNews13 #News13Osceola pic.twitter.com/n3KbgLlBct

Todt traveled from his physical therapy business in Connecticut to live with his family in Florida on weekends.

People in the Disney-designed community of Celebration on Thursday were still trying to wrap their heads around the news.

“Nobody can say much, because it’s terrible,” said Tiago Ferreira, who lives a few blocks over from the Reserve Place home where the family's bodies were found.

Community Presbyterian Church in Celebration is focusing Monday night's service on a night of healing. The service begins at 7:30 p.m.

“Having raised three children that grew up right here in this neighborhood, it’s heartbreaking,” said Jimmy Charles, who has lived in Celebration for about 30 years. “I hope that maybe we can learn something as all this unfolds. Was there anything that anyone could have done?"