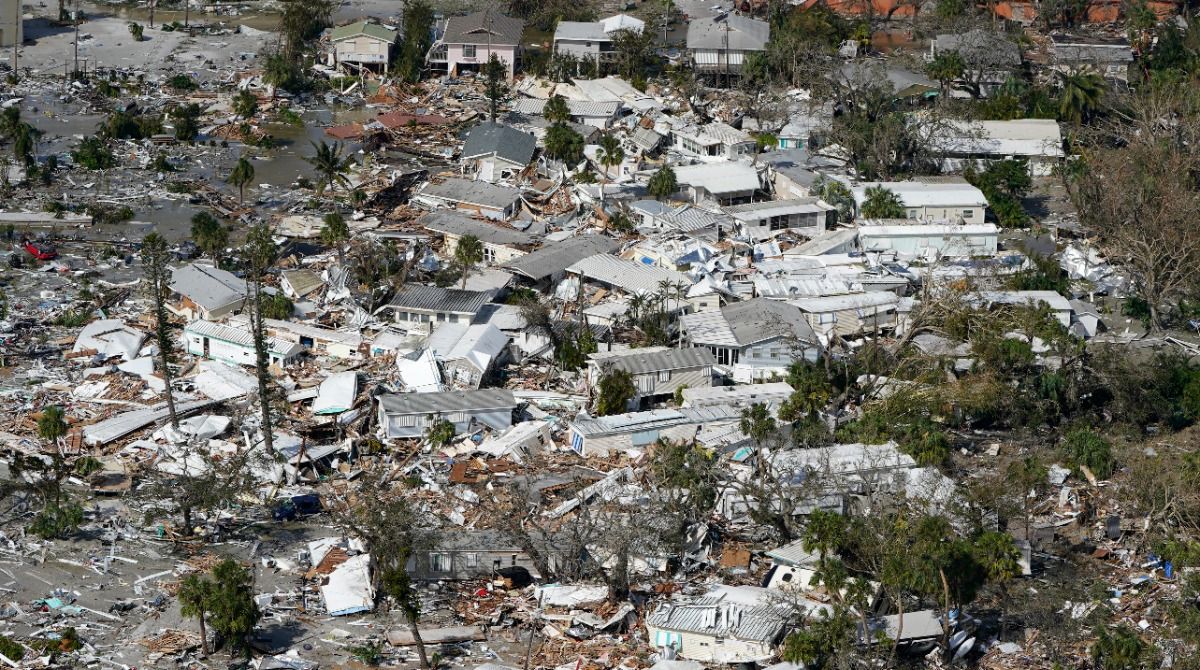 A trio of Florida Republicans on the federal and state level are asking questions about electric vehicles and the potential fire hazards they could pose after Hurricane Ian. (File Photo)

Fire officials in Ian's hardest hit areas have been urging electric vehicle owners to be careful if their car was submerged in saltwater storm surge.

The Cape Coral Fire Department has even shared photos on Facebook, saying "at least a few fire departments in the area" have had to put out these types of fires. ​

Florida Chief Financial Officer and State Fire Marshall Jimmy Patronis​, as well as U.S. Sen. Rick Scott, have said they are asking manufacturers and Biden administration officials for more information on why the fires are happening and how the risks are being mitigated.

The Cape Coral Fire Department noted that "hybrid, electric, and fuel cell vehicles are designed to be safe in water, even when fully submerged. However, submersion in water (especially salt water) can damage low and high voltage components which could result in an electrical short and potential fire once the vehicle is no longer submerged."

Patronis says the state is "still assessing the fire risks of EVs from Ian."

He said "based on registrations, there were 4,100+ EVs in the area inundated by surge," but that does not mean all were impacted.

Patronis sent letters to manufacturers and the National Highway Traffic Safety Administration asking a series of questions regarding research conducted on EV batteries and guidance for owners and fire crews.

The NHTSA responded​ that "lithium-ion vehicle battery fires have been observed both rapidly igniting and igniting several weeks after battery damage occurred" and that "test results specific to saltwater submersion show that salt bridges can form within the battery pack and provide a path for short circuit and self-heating. This can lead to fire ignition."

Officials with the Florida CFO's office said there have been reports of eight Tesla EV fires following Hurricane Ian.

Spectrum News reached out to company officials to see if they had responded to the letter, but did not immediately receive a response.

Scott said he has sent similar letters to manufacturers and the U.S. Department of Transportation.

The letters from the two Republicans come as the Biden administration and Democrats in Congress have been touting their efforts to expand EV use, including offering tax credits to purchase the vehicles and giving states money to build charging stations. Scott did not support that legislation.

Officials with the Electric Vehicle Association say that while the reports of the electric vehicle fires are not to be taken lightly, they are "quite rare."

"They throw up scare tactics — they have they have an agenda, let's put it that way," EVA spokesperson Marc Geller said. "The agenda isn't getting making access to cleaner, cheaper transportation for their constituents high on their agenda."

Fire officials with the Cape Coral Fire Department say anyone whose electric vehicle, golf cart or e-bike was "submerged in saltwater storm surge" should remove it from the garage and call the manufacturer.