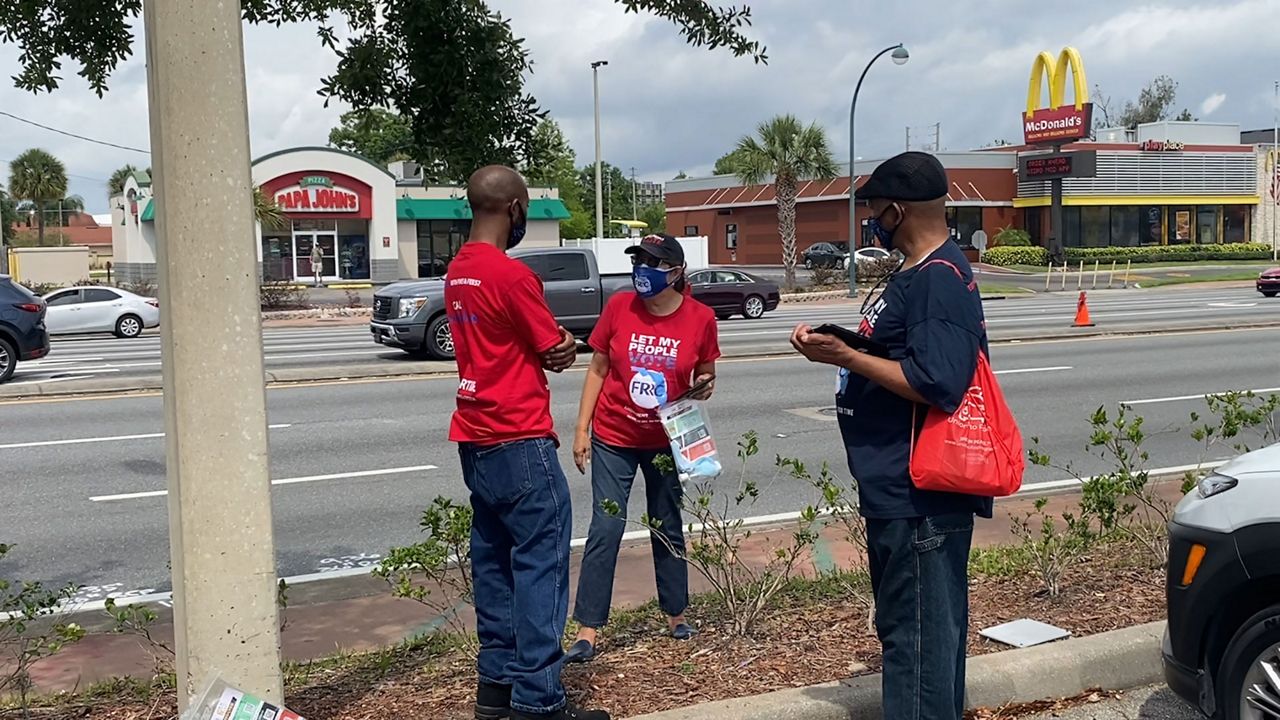 Members of the Florida Rights Restoration Coalition went out in Orlando to convince people to wear PPE and get vaccinated, and also to help educate about restoring felon voting rights. (Spectrum News/Matt Fernandez)

Florida rights restoration group to Orlando: Get vaccinated, get voting

ORLANDO, Fla. — Members of the Florida Rights Restoration Coalition spent their Sunday sending several messages to the people in the Orlando community. They encouraged people to protected themselves with PPE during the pandemic, while also encouraging felons to register to vote.

The FRRC was instrumental in getting voters to pass Amendment 4 in 2018, which made it easier for most felons who completed their sentence to get their voting rights restored.

Maria Murillo, one of the members of the FRRC who hit the streets of Orlando Sunday, said their efforts now include helping felons pay off fines and fees in order to be able to vote. They also handed out bags with PPE, encouraging people to stay safe during the pandemic. The bag comes with information on voting.

Desmond Meade, the founder of the FRRC, says more 100,000 Floridians have had their rights restored since the passing of Amendment 4, and this month they are continuing that effort.

Meade also encouraging people to get vaccinated. He received his second dose Sunday.

“Really appeal to those who have not got the vaccine that they should take the vaccine to protect themselves, and protect others in the community, because COVID-19 is real," Meade said.

Murillo and members of the FRRC Sunday said they will continue to try to register as many people as they can.

“It's important they get involved in the society so they can be able to vote, so we can make changes," Murillo said.

They will holding another event in Central Florida next Sunday April 25, from 2 p.m. to 7 p.m. at 2550 Flanboyan St. in Kissimmee.​