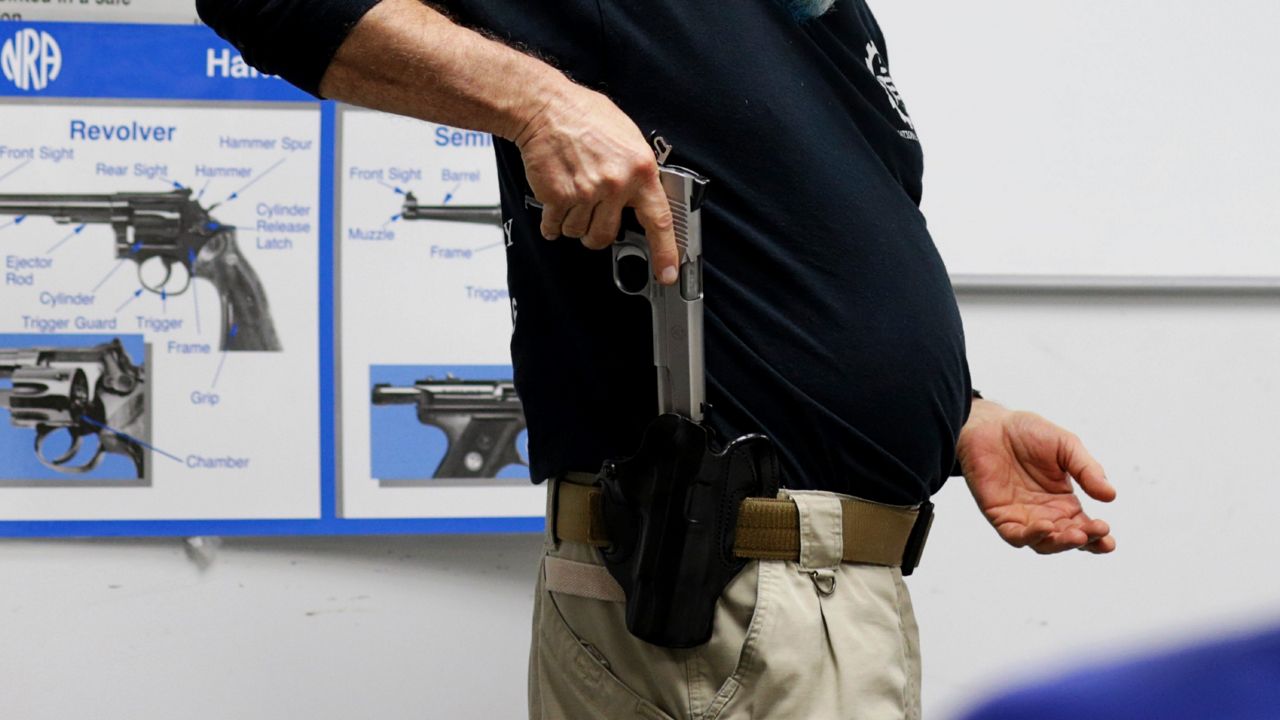 BREVARD COUNTY, Fla. — Gun laws are once again a topic ahead of the elections, with Brevard County approving a resolution in hopes to change concealed weapons laws.

The resolution aims to support the expansion of “lawful statewide open carry of firearms.” As District 2 Commissioner Bryan Lober explained, the outline of a gun is enough to alarm someone, so he wants guns out in the open.

“If I’m carrying a concealed weapons, I don't want everyone under the sun to see the outline of a gun because, they may figure that the person is hiding something — a reason for concealing the gun,” Lober said.

Despite the approval of the resolution, political analyst Dr. Susan MacManus says resolutions are just opinions from the county.

“You’ll see a lot of politics involved with this. You'll see Democrats running against Republicans (who) most likely will say we don't want this, so elect me,” MacManus said.

The resolution claims some concealed permit holders worry about alarming people, so they chose to venture unarmed especially during a time marked by “riots,” the resolution states.

But it's going to take more than the Brevard County Legislative Delegation supporting these efforts to change state law. The Florida House of Representatives and the Florida Senate both need to agree with the resolution this upcoming 2021 legislative session.

But for Brevard County Commissioner Lober, it's more about keeping up with the times.

“It’s time for us to join the vast majority of states over 90 percent of the states in this country that allow open carry,” he says.

While county commissioners agreed that law-biding citizens who qualify for a concealed weapons permit should get a gun if they so choose to, one commissioner was uncomfortable with open-carry because of being able to see the firearm.

It's now up to the Brevard County Legislative Delegation to send the resolution to the Florida Department of Agriculture and Consumer Services, which handles concealed carry permits, in hopes of creating legislation to introduce this upcoming year. ​