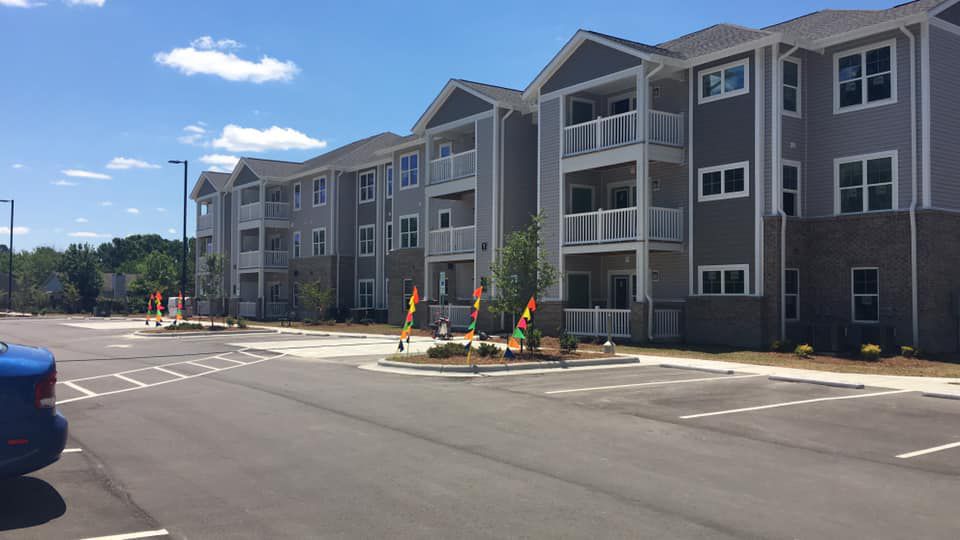 ORLANDO, Fla. — Javier Figueroa never expected to live in Orlando with his family.

Orlando, however, is now their home. Hurricane Maria heavily damaged his family’s home in Puerto Rico in 2017.

“After three days you realize what Maria has done to the island,” Figueroa said.

The storm washed away the storefront where his wife was then days away from opening her bakery. She now spends her days making cakes in the family’s small kitchen in the heart of the small apartment they share with their two children.

The important papers like passports, and photos are all they really have from their home.

“We were able to grab the most important things,” Figueroa said.

They flew to Orlando with their family intact and a few thousand dollars in savings. That too would quickly wash away.

“We went to the hotel and stayed there one week,” Figueroa said.

Help from the Federal Emergency Management Administration kept the family for a short time longer in a hotel.

“They gave us a month and then we received a letter saying we have to leave,” Figueroa said.

It’s estimated at the peak of the response, more than 400 families from Puerto Rico were staying in Central Florida hotels. But, their time – and money were running out.

In that month of struggling to find a permanent place to live, Figueroa quickly saw a reality that many others here already faced.

“Every time you go and visit an apartment complex the first thing they say is ‘how much is your wage?’” Figueroa said.

How else is Orange County and @OCFLMayor addressing the affordable housing crisis?

A Bill for Renters' Rights

Orange County estimates the average rent in the area for a one bedroom apartment is between $1,200 and $1,400. Many complex require an applicant earn at least three times the rent rate to qualify, not to mention providing first month’s, last month’s and a security deposit up front.

Then, there are those application fees.

“The application process itself is kind of a scam,” said State Rep. Carlos Guillermo Smith, D-Orlando.

Guillermo Smith says companies are profiting off the perils of others in what is another product of the affordable housing crisis.

“They charge exorbitant rates to apply for an apartment unit, and many times they come back and tell the applicant the unit is not even available and for them to apply again without refunding,” Guillermo Smith said.

Javier Figuerao says it happened to him and many others he’s spoke to. Deposits and application fees taken with little they can do about it.

Guillermo Smith, however, filed a Renter’s Rights bill in Tallahassee for the 2020 Legislative Session.

House Bill 1449 aims to protect renters in a number of ways, including requiring landlords to refund application fees if a unit is not available, and is more specific on what constitutes an unreasonable rent increase. The bill was assigned to three Florida House committees, but has not been heard in any of them yet.

It is one measure that attempts to address the complexities of the affordable housing crisis. Central Florida has been listed as the least affordable place to leave in the nation. A United Way study of 2018 data shows more than 3.4 million households in Florida could not afford basic means in life including groceries, transportation, and daycare.

Consider someone making minimum wage at $8.56 an hour. Working 40 hours a week, a person will earn gross annual pay of $17,804, while someone making $83,000 is earning approximately $39.90 per hour. For those earning less, the struggle is harder to meet the financial thresholds and requirements to obtain stable housing.