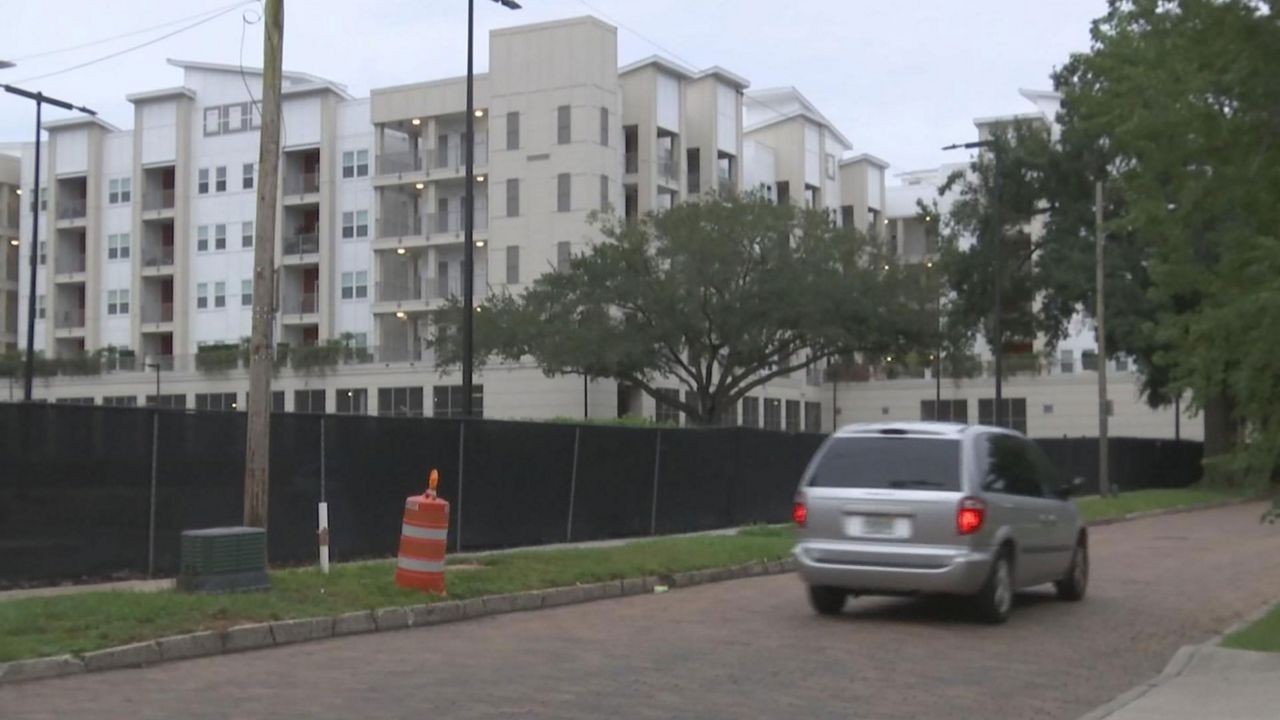 Apartment complexes are going up all over Orange County, but more are needed, and at a lower rental rate. (Spectrum News)

ORLANDO, Fla. — Beyond the magic and thrills that tourist may see in Central Florida, there is a darker reality for many of the families greeting our guests.

In a region anchored by tourism, it is followed by often low wages and endless struggles.

It is work he enjoys, but work that barely provides for his family, and he is not alone.

The United Way released a report last year showing how half of Central Florida households struggle to cover even the basic expenses like transportation, groceries, and daycare.

In the United Way’s 2018 ALICE report (Asset Limited, Income Constrained, Employed), 220,203 Orange County families could not afford basic needs of life. It is an issue that rippled through the area, including Osceola County (55,614 families), Seminole County (65,344 families), and Lake County (56,711 families).

“It feels like we’re in a total imbalance and fighting uphill to make ends meet,” Henry said.

Families like Henry’s don’t need an exhaustive report to tell him how families are struggling; he knows it firsthand.

He showed us around his one-bedroom apartment he shares with his 17-year-old daughter. While Henry takes the bedroom, his daughter has carved out her own space, filling what would be a dining room with a bed, dresser, and a few drawings on a mirror.

“It’s not by choice, I don’t have a washer and dryer, my daughter doesn’t have a door to her room,” Diego Henry said.

Hard for those even making $15/hour to qualify, much less come up with the cash demands to move into even "affordable housing".

Henry is among the many working in Central Florida’s vast tourism industry, many making less than $15 an hour, which is less than $30,000 a year before taxes.

“I feel hopeless 95 percent of the time because the best thing I can do is go to work and do my job,” Henry said.

Moving is an expense he says he simply can’t afford. He says the application fees, and the deposits are just too much.

Orange County estimates the average rate of rent for a one-bedroom apartment is between $1,200 and $1,400.

Most housing companies require applicants earn three times the rate of rent and demand first months’ rent, last month’s rent, and a security deposit up front. For a $1,200 per month apartment, a person could be facing $3,600 they have to come up with, even if they qualify.

“The truth is you have so many people over rent burden, they pay over 30 percent of what they earn, and we have to honor there’s a problem that at the root of this, our housing system is not working,” said Sheena Johnson, vice president of campaigns for Organize Florida, a not-for-profit grassroots organizing agency.

“The fact we’re not understanding, we have to deal with keeping folks in their homes so they don’t become homeless, we have to take that on as a serious issue,” Johnson said.

“What we’re talking about here is for the average residents of Orange County being able to thrive,” Demings said.

Statewide, it is estimated nearly 1 million Floridians spend more than half of their pay on rent.

“Quite frankly, at those price points many people were being priced out of the market,” Demings said.

In the race to build, Demings says housing became a simple economic product of supply and demand. A supply he hopes to now increase.

As part of his task force’s 10-year "Housing for All" action plan, Demings is pitching an effort that would create at least 30,300 affordable housing units in the years to come.

Critics argue the range still leaves some of the most vulnerable families out of the equation.

For those earning less, the struggle is harder to meet the financial thresholds and requirements to obtain stable housing.

Demings says the county can provide developers with incentives to offset construction costs in return for guarantees that housing can be sold and rented at lower price points.

The idea, Demings says, is if the county can reduce costs for developers, then “savings” can be passed onto renters through lower rent rates. The means for lowering costs for developers could come from a number of areas, including land donations, speeding up permitting, and other facts.

“We have limitations on what we can require, but what I can tell you is we don’t have a shortage today of developers or builders who are willing to enter into these types of agreements with us,” Mayor Demings said. “Local governments have to make whole developers, we cannot require them to build something and it not be a positive impact on their return on investment.”

To pay for such an effort, the county is eyeing the development of its own affordable housing trust fund.

In January, commissioners approved using $10 million unspent from last year’s budget and using that to establish the fund. The fund itself still needs an additional vote of approval from the County Commission and the county’s legal department.

With $10 million to jumpstart the fund, Mayor Demings says the goal is to grow the fund to more than $100 million with both private and public contributions.

The fund would also be used to help low income families get into housing, for those families that have lived in Orange County for a set amount of time.

“What we want to do is bridge the gap for those individuals who may not have the money to do the down payment on an apartment. We want to be able to assist them,” Mayor Demings said.

Lawmakers created the self-generating fund in 1992, and while it now generates more than $350 million annually, it is money that is often devoted elsewhere to initiatives unrelated to affordable housing.

THURSDAY: Spectrum News 13 and MyNews13.com will continue this week’s series on affordable housing by looking at the costs of housing and efforts to give renters more rights.