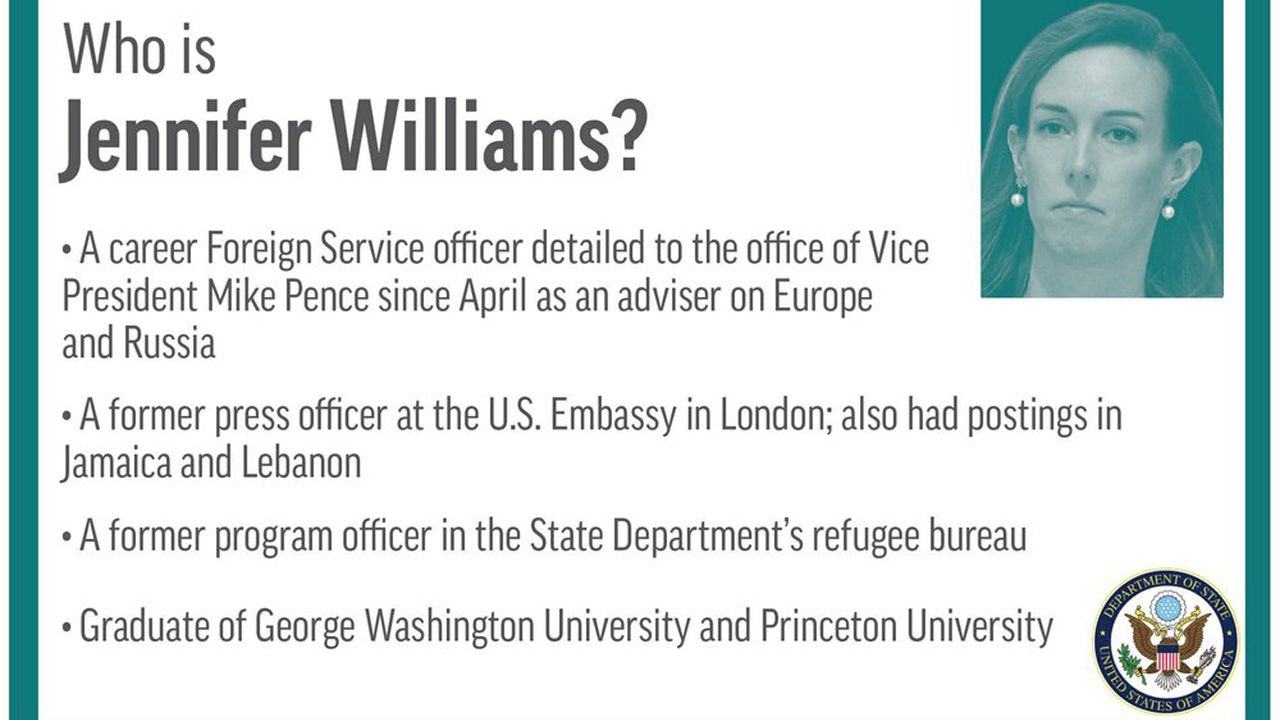 1 of 4
Profile of congressional witness Jennifer Williams. She is expected to testify on Tuesday, November 19, 2019. (Associated Press) 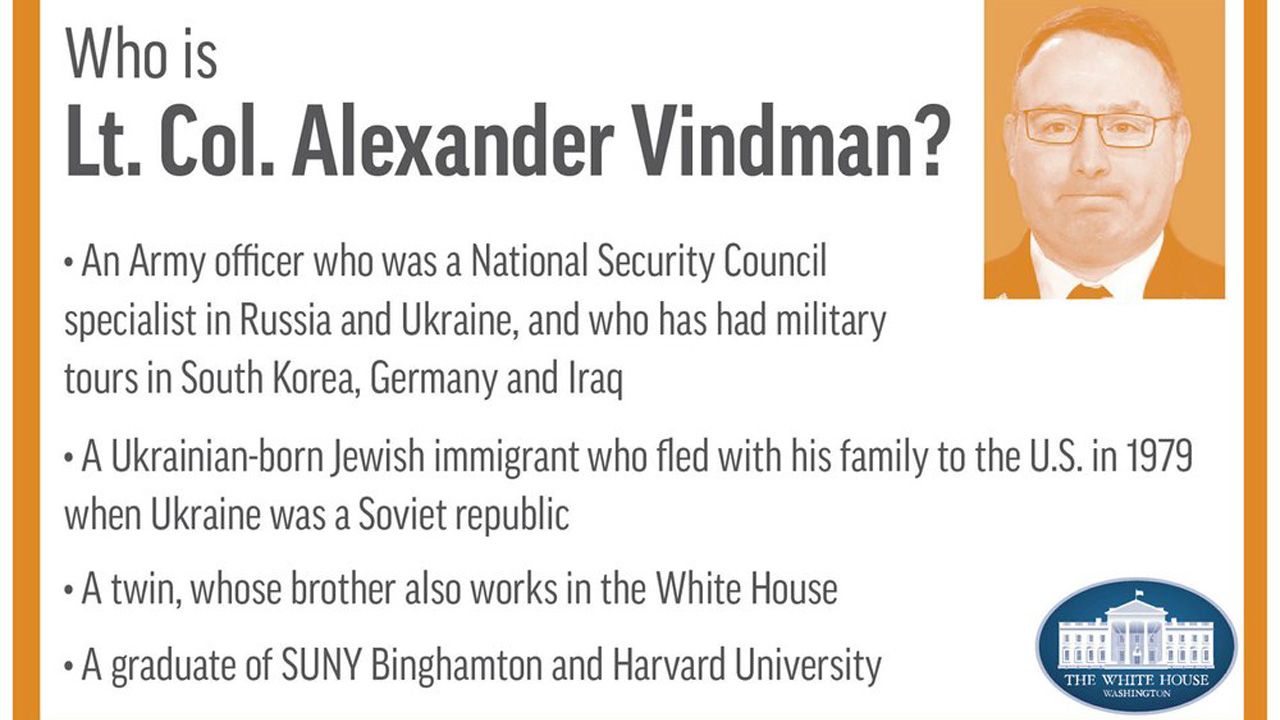 2 of 4
Profile of congressional witness Lt. Col. Alexander Vindman. He is expected to testify on Tuesday, November 19, 2019. (Associated Press) 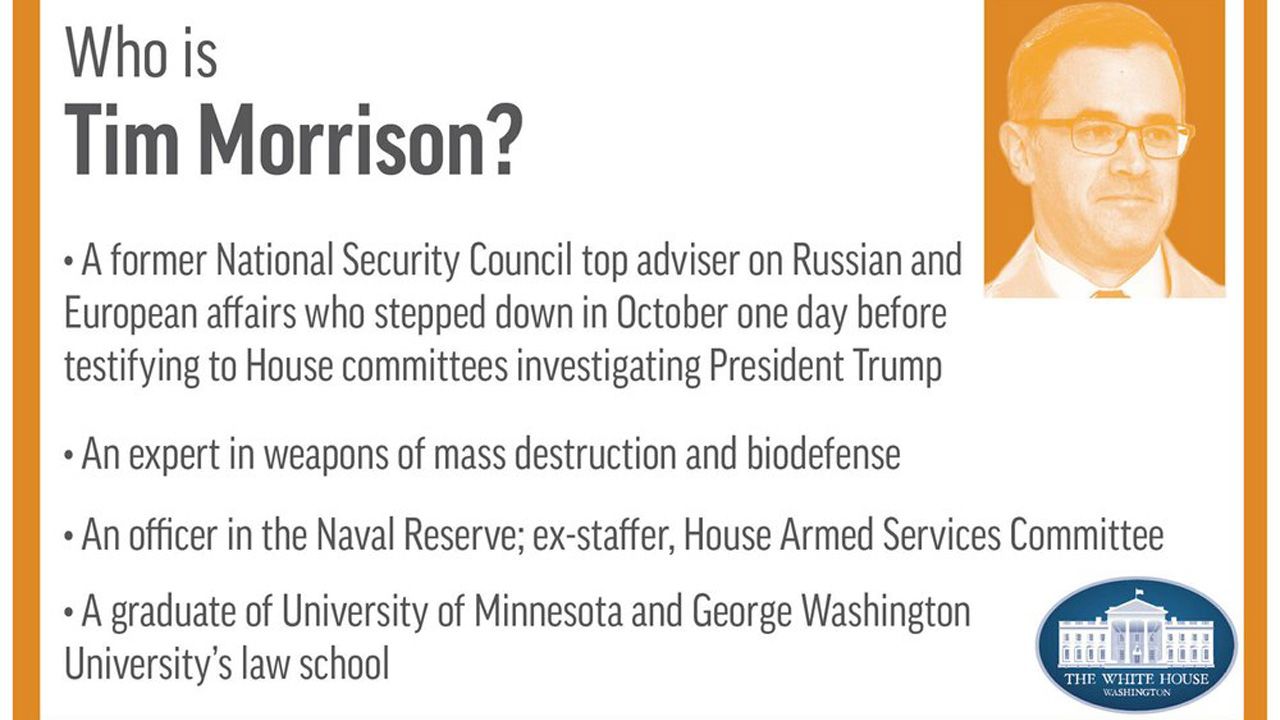 3 of 4
Profile of congressional witness Tim Morrison. He is expected to testify on Tuesday, November 19, 2019. (Associated Press) 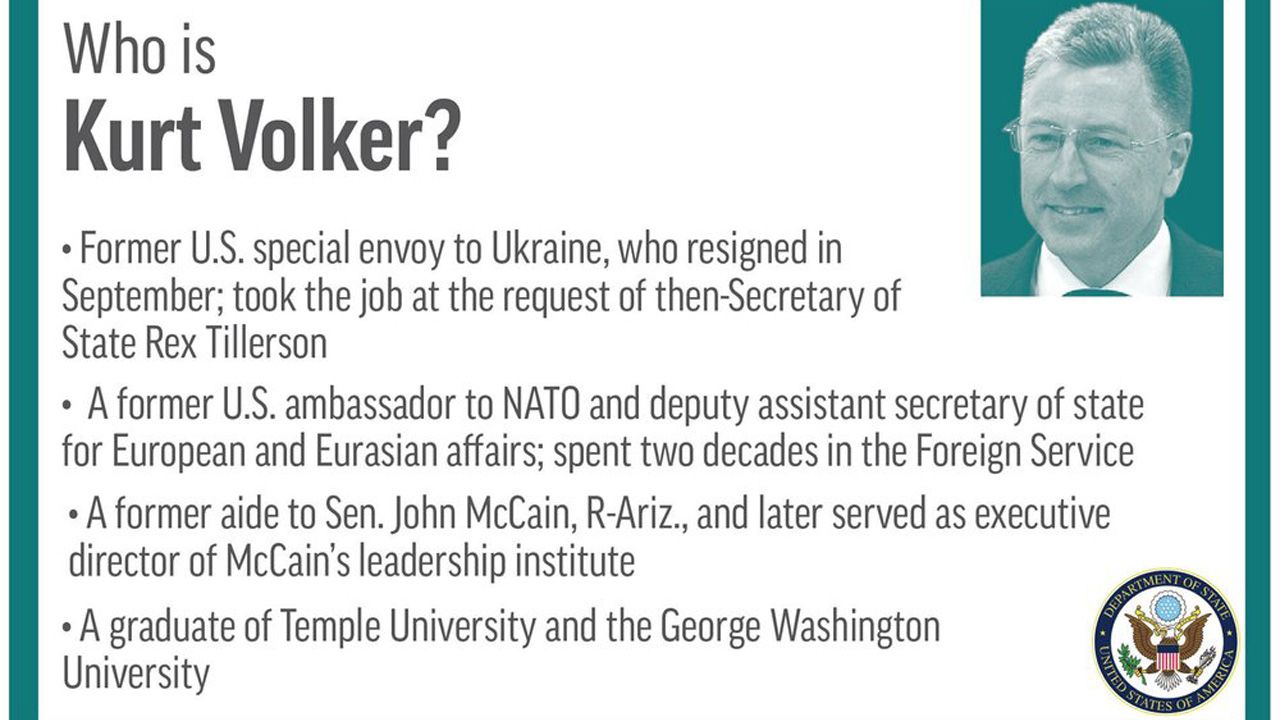 4 of 4
Profile of congressional witness Kurt Volker. He is expected to testify on Tuesday, November 19, 2019. (Associated Press)

NATIONWIDE — This is the second week of the public hearings and Tuesday will be the busiest day yet for impeachment hearings as four people are expected to testify, with two of them who have heard the phone call between the two presidents.

It will also be the first time that the American public is expecting to hear first-hand testimony regarding that July 25 phone call between President Donald Trump and Ukrainian President Volodymyr Zelenskiy.

Jennifer Williams, an aide to Vice President Mike Pence, listened to that phone call, and she provided insight into the vice president's dealings with Zelenskiy.

Lt. Col. Alexander Vindman, a top expert on Ukraine working in the White House, also listened to the call and said he was concerned by it.

The phone call first came to attention when an anonymous government whistleblower filed a complaint.

In the phone conversation, Trump asked for a "favor," according to an account provided by the White House. He wanted an investigation of Democrats and 2020 rival Joe Biden. Later it was revealed that the administration was also withholding $400 million in military aid from Ukraine.

Republicans argue the money was given to Ukraine without any investigation and there was no quid pro quo.

In 2014, as vice president, Biden was at the forefront of American diplomatic efforts to support Ukraine's fragile democratic government as it sought to fend off Russian aggression and root out corruption.

President Barack Obama's White House said there was no conflict with Hunter Biden's work for a Ukrainian gas company because the younger Biden was a private citizen.

Impeachment inquiry testimony is expected to stretch from Tuesday through Thursday. Besides Williams, three other people are expected to testify on Tuesday.

Last Friday, former U.S. Ambassador to the Ukraine Marie Yovanovitch testified. The ousted ambassador said to Trump impeachment investigators how she felt threatened upon learning that Trump had allegedly promised Ukraine's leader she was "going to go through some things."

Yovanovitch, asked about the potential effect of a presidential threat on other officials or witnesses, replied, "Well, it’s very intimidating."

They both testified there was a demand from the Trump administration that Ukraine investigate former Vice President Joe Biden in exchange for receiving $400 million in military aid.