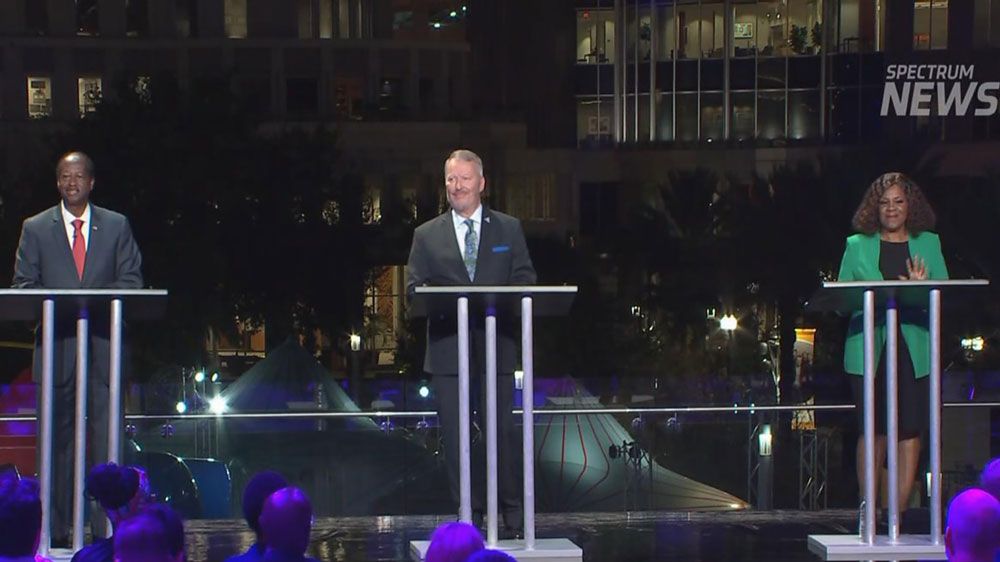 TONIGHT: The 3 candidates for Orlando mayor face each other in our exclusive debate, at 7 p.m. from the Dr. Phillips Performing Arts Center. Why should you watch? Because the mayor of Orlando is one of the most important positions in Central Florida: https://t.co/1vyIJ83mi6 pic.twitter.com/ZC1eHUcpwY

Dyer has dominated the races since 2003 and wants to add a fifth term as mayor to his resume. He says under his leadership, they’ve been able to accomplish a lot of projects and he says Orlando needs him to complete the ones still in progress.

“We have great momentum, and we need to keep that momentum going, finishing the performing arts center, next phase of creative village, working on affordable housing, continuing to work on homeless issues,” Dyer said.

Commissioner Ings, who has sat with Dyer on the city council for years, says Dyer has allowed Orlando to fall short when it comes to affordable housing over his long term.

And Ings says that will be a priority of his administration.

“Where were we? So we could’ve not gotten into this situation of being ranked number one in the worst for affordable housing, in the city of Orlando throughout the whole country of the United States,” Ings said.

Simons is a newcomer to politics. She, like Ings, says under Dyer’s leadership, while much has been accomplished, many key issues have fallen by the wayside.

Danica Smith was one of dozens of Orlando voters who came to Spectrum News 13’s mayoral debate. She says she was happy for this opportunity, because she doesn’t see enough emphasis on local elections.

“I think many people are misinformed about the importance of local elections," she said.

Smith said there were several issues debated that affect her and others she knows in the city, but one issue comes to the forefront for her -- the ability to make a living wage.

“It needs to happen right now. Our people are suffering right now, and the living wage needs to go to at least $17 an hour," Ings said.

“Companies that can pay the Disneys, the Universals, they should be the ones to step up and lead by example," Simons said.

The election is on Tuesday, November 5, with early voting beginning October 28.