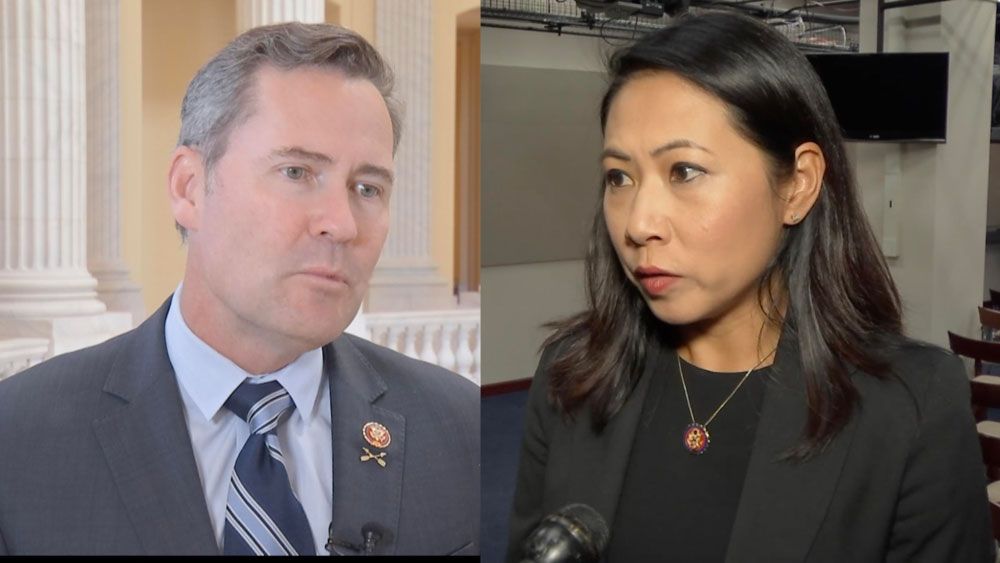 Now, they’re working together to ensure others don’t have to be informed of election system intrusions this way in the future.

“We were incensed to find out through the Mueller report that two counties in Florida were penetrated, and that no one in Congress was notified over a period of years,” Rep. Michael Waltz said in an interview with Spectrum News.

Waltz and Murphy, two lawmakers who have a background in military national security are sponsoring the bill, along with 13 other members of the Florida delegation. The bipartisan duo have been leading the charge for more transparency, demanding a classified briefing from the U.S. Dept. of Justice and the Federal Bureau of Investigation for the entire Florida delegation to get more information about the breaches in May.

“The FBI did not offer a briefing," Waltz said. "We had to request it in writing after that one line in the Mueller report that said two Florida counties were successfully penetrated. We had to request that of the FBI, and of course our first question is, why are we having to ask for this? Why wasn’t this part of your notification protocol?”

.@RepMichaelWaltz and @RepStephMurphy are introducing H.R. 3529, the ALERTS Act, which would require the Department of Homeland Security to notify state and local officials, certain members of Congress and voters personally impacted by an election system breach. @MyNews13 @BN9 pic.twitter.com/kwdWxOYPJF

“I think it’s incredibly important for members of Congress, state and local officials as well as the voting public to know when an election hack has happened,” Rep. Stephanie Murphy said in an interview with Spectrum News.

“We need to know so we can respond and make sure that it doesn’t happen again,” she said.

It is unclear if this legislation would change that classification status, because it has a narrow provision that would block notification efforts if it would compromise national security or ongoing criminal investigations.

Members on both sides of the aisle in the Florida delegation say it is crucial that there is prompt communication from federal officials of future compromises in election infrastructure so they can react appropriately.

“I think Congress’ responsibility of both oversight and appropriations requires that we get timely notification when an election system is hacked, because that allows us to make sure that the response is adequate,” Murphy explained.

“It also informs us when we think about appropriating money into election security,” she added.

This bill has been in the works for a few months. Members on both sides of the aisle in the U.S. Senate are working to introduce similar legislation. When asked about the bill by Spectrum News, Sen. Marco Rubio, (R) Florida, said he would be open to considering it.

“I have to see the bill, I certainly support the concept. I’ve worked hard to get election officials in the states security clearance so they could be told in real time about the threats,” Sen. Rubio said.

Rubio, a prominent member of the Senate Intelligence Committee, had been made aware of the hacking much earlier, but was unable to share classified information with the public or some of his colleagues in Congress. However, the senior senator has been vocal about the potential of breaches by foreign adversaries for over a year, warning state and local election officials to be vigilant.

“I think where it gets complicated is the way we found out about what the Russians or anybody did, if we told people and it got out, we would lose the ability to continue to monitor them. Because whoever did it would figure out how we know they are doing it and will stop doing it that way. So, that’s always the tricky part,” he explained.