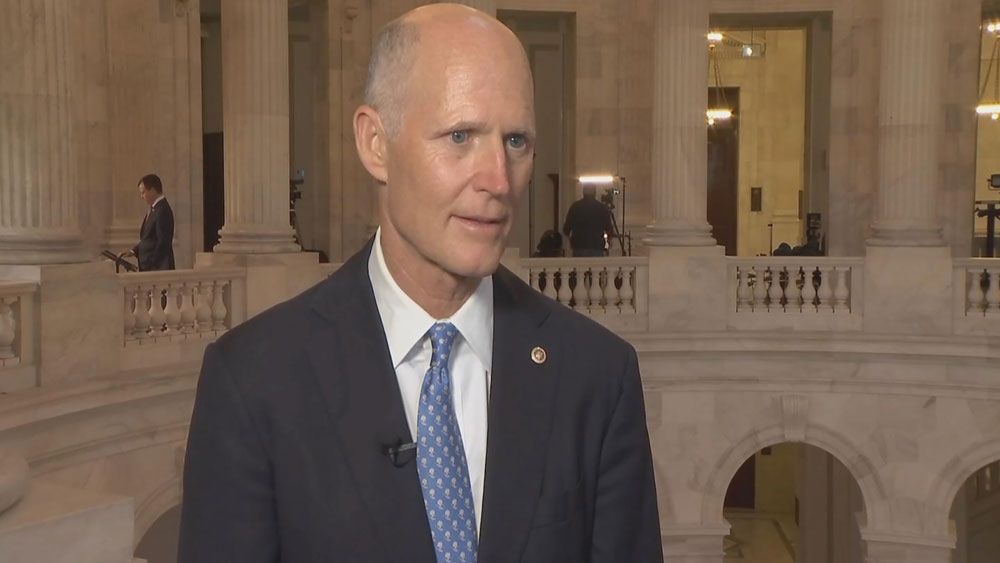 Sen. Rick Scott says he is committed to working to end the shutdown and working across the aisle. (Spectrum News)

New Florida Senator Rick Scott: I Know I Have to Work Hard

WASHINGTON -- A day after his swearing in, Sen. Rick Scott is getting to work.

The most junior member of the U.S. Senate comes with ambitious plans and plenty of challenges lie ahead.

After eight years governing the nation’s third most populous state, Scott, R-Florida, is beginning his next chapter as a U.S. senator during a contentious time in the nation's capital. As he is settling into his new role, the partial shutdown continues with no end in sight.

"I want to solve problems," Scott said in a one-on-one interview with Spectrum News. "We shouldn’t be shutting down government, we shouldn’t be fighting over whether we have border security or not.”

While Scott condemns the shutdown, he hasn’t offered a specific strategy for breaking the stalemate. In a new era of divided government, the former chief executive acknowledges compromising with fellow lawmakers and leadership will be key in getting things accomplished.

Scott arrives in Washington as one of the wealthiest members of Congress. He said he’ll donate his $174,000 salary, just like he did as governor. Hours after he was sworn in on Tuesday, he attended a high-dollar fundraiser for his political action committee.

The move was highly criticized as tens of thousands of workers go without pay as a result of the partial government shutdown.

“First off, my heart goes out to anyone that goes through that," Scott said in response.

"Whether you work for the government and you’re not getting paid, which I think is ridiculous -- we should figure this out. Yesterday was an important day for our state, and I'm honored to be a senator. I know I have to work hard. This place doesn't seem to be working very well, but you know I'm excited so many people wanted to come up and celebrate the fact that they believe I'm going to represent them well," he said.

With no end to the standstill, Scott is trying to navigate how to move forward in unfamiliar territory -- as the most junior member of the U.S. Senate. He said he's dedicated to ending the partial government shutdown.

“We’ve got to figure out how to bring people together, and I’m going to do my best to do that. Just talk to people and see if there’s common ground," Scott said.

Scott has had a close relationship with the commander-in-chief, President Donald Trump. He was one of the first elected officials to endorse him during the presidential primary.

The status of that relationship is unclear as Scott transitions into this new role, where he may be forced to take a stand against the administration's policies if they negatively impact the Sunshine State.