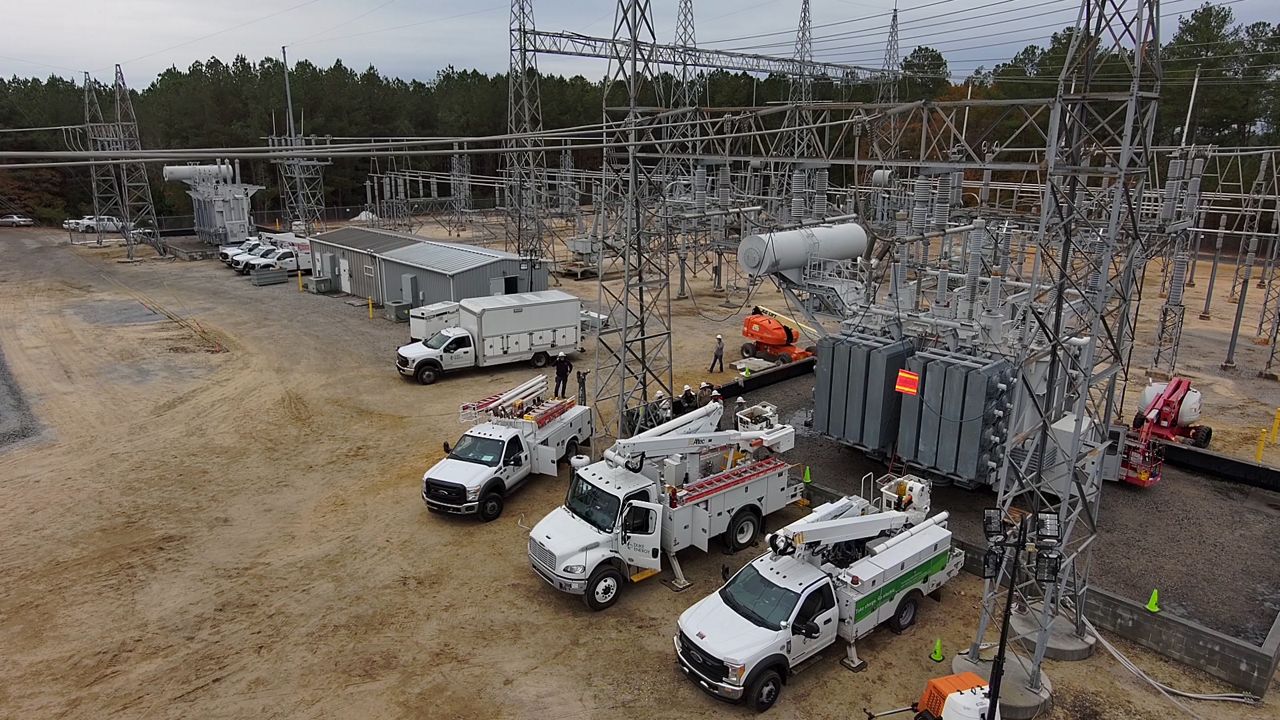 Repairs are made to a Duke Energy substation that was attacked in North Carolina. (File Photo)

A physical attack on a Duke Energy substation in North Carolina took power away from thousands for days. Now, officials are releasing information about threats to central Florida locations earlier this year.

The substation in Moore County, North Carolina was attacked last weekend, and experts say that incident highlights the importance of protecting power grids from both cyber and physical threats.

He said part of protecting the grid requires making sure it is resilient when there are threats.

“No. 1 is ensuring you have the grid segmented.”

He said you can also identify areas specific to the grid that are most important and prioritize them.

“Security is always evolving, as new threats come about our security strategy evolves,” said Kureczka. “Every situation, whether it’s ours or that of another utility that we just happen to be on the sideline for, we are going to learn from that and we are going to improve our security.”

On Friday Duke Energy officials responded to reports of threats at substations in central Florida but did not specify the location due to the investigation.

They sent Spectrum News 13 the following statement about the reports:

“We can’t comment on any ongoing legal proceedings or investigations. However, given the nature and scale of our operations, we — alongside federal, state, and local law enforcement and security officials and industry partners — are continuously assessing and evolving our measures to protect our infrastructure from vandalism and other misconduct.  That partnership includes helping bring to justice anyone who damages our system. We appreciate the work conducted in Florida by local, state, and federal law enforcement in making an arrest.”

Kureczka said it is important for people in the community to help keep a lookout for any suspicious activity.

“We are asking our customers to be our eyes and ears on the ground," she said. "If you live near a substation, if there is one in your neighborhood — if you see a truck there that maybe doesn’t have a Duke Energy logo on it, if you see something suspicious feel free to call your local law enforcement. Kind of working together."

Duke officials said they are investing $75 billion in grid improvements over the next decade which will work to make the grids which include substations more secure. They said this was something that was planned before the North Carolina attacks.