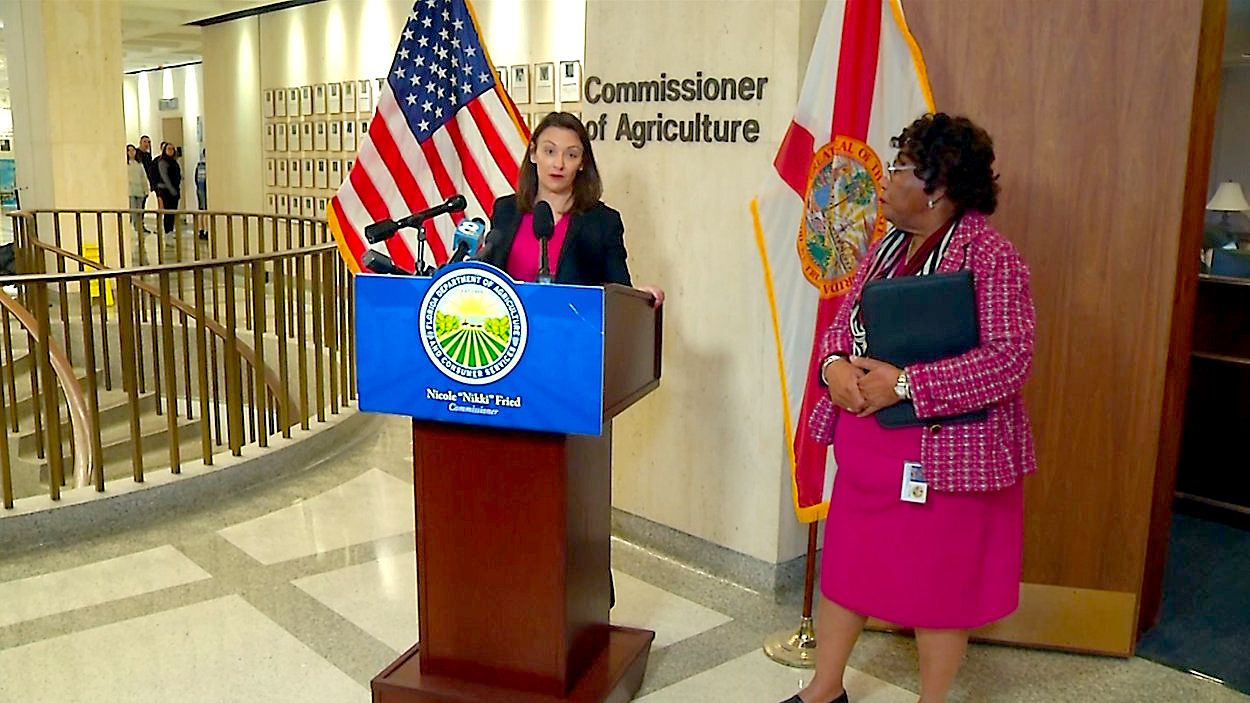 TALLAHASSEE, Fla. — Several ride safety experts say that while Florida ranks among the best U.S. states in terms of its amusement ride safety laws, there is still a lot of work to be done.

There’s more the state could be doing to protect riders, according to Brian Avery, an operational consultant who’s worked for nearly 30 years in the events, tourism and attractions industry.

“We should be the gold star of safety, here in the state of Florida, with respect to amusement rides,” Avery said.

But even though international amusement ride safety standards are cited in Florida statute, Avery says in some places, the state’s statutory language itself is broad enough to allow for loopholes that circumvent those standards.

Avery is a member of ASTM F-24, the committee that develops those international safety standards. Although ASTM-F24 standards call for signage about weight limits to always be posted near a ride, Florida’s statutory language doesn’t.

That discrepancy, Avery says, came into play when 14-year-old Tyre Sampson fell to his death in March after slipping out of his seat on the Orlando FreeFall drop tower ride.

“There was a loophole, if you would, where unless the manufacturer of a ride recommended — not even required, just recommended — that certain markers for rider types were posted on signage, that they didn't have to be, according to the state, and the state would not enforce them,” Avery said. “Therefore, the public was not aware of that (weight) requirement, and those that were operating it weren’t being reinforced with respect to it, because they didn’t see it on a daily basis."

According to the FreeFall's maintenance manual, it had a weight restriction of 286 pounds. According to information from officials, Sampson weighed 383 pounds when he died.

According to video footage provided to Spectrum News, it seems that even the ride’s owners were apparently unaware of the drop tower ride’s weight limit as well.

More robust signage requirements are included in the package of proposed legislative changes first laid out by state leaders in July, which was elaborated on Thursday, when Agriculture Commissioner Nikki Fried announced the culmination of the department’s investigation into the FreeFall ride and Sampson's death.

“Our changes would mandate the postings of all patron requirements, warnings, and/or exclusions included in the ride manual,” Fried said Thursday.

Here’s what state leaders say they plan to include in the proposed “Tyre Sampson Law”:

Ride manuals were never provided to the ride attendants who were working the Freefall ride on the night Sampson died, according to the state’s extensive investigative report released Thursday. That presents another major problem with Florida’s current law, according to Avery.

“Unfortunately, I think training in general in the state of Florida, and the requirements associated with it, are sorely lacking,” Avery said. “It doesn’t go far enough. And we don’t have markers for how long the training should be, and we don’t require the introduction of specific documents.”

“If you don’t have a ride manual, how do you train your people? How do you inspect the equipment correctly? Are you adhering to the specifications of the device or ride?” he added.

Even if ride attendants and operators are trained properly, Avery said there’s currently not enough oversight or enforcement in place to ensure staff are actually following those directions consistently.

“Did (staff) learn it? Did they retain it? Are they compliant with it?” Avery said. “And if they aren’t, how do we correct that behavior, and ensure moving forward that they are compliant and that guests’ circumstances … don’t manifest into injuries or deaths as a result?”

That gap in training requirements is another issue the proposed “Tyre Sampson Law” would address, according to State Sen. Geraldine Thompson, who has promised to submit the bill expeditiously.

Fried said the proposed law would give the Department of Agriculture and Consumer Services authority to set a “minimum standard” for training, as well as for documentation of exactly how that training is conducted.

Officials said owners of the FreeFall ride weren’t able to produce such documentation during the state’s investigation.

Watch: U.S. states with comprehensive ride oversight, and those without it

When asked Tuesday which experts were consulted in the development of the proposed law, Fried said the state, in conjunction with Thompson’s office, had worked with FDACS staff who are involved in ride inspections and safety manual protocols.

For his part, Avery, and other ride safety experts interviewed by Spectrum News, said they want to see more universal adoption of the safety standards developed by ASTM-F24.

“My hope is one day that these standards become adopted at a federal level, possibly, or just recognized by the industry as a whole,” Avery said. “You build the standards to mitigate and eliminate those known and foreseeable hazards, so we can provide safer experiences for the public.”

Avery said it shouldn’t fall upon consumers like Sampson to know whether or not a device is safe for them to ride.

“We can’t blame our patron base for the shortcomings of their knowledge, because they're not the experts," he said. "The ride industry is. The amusement park operators are. So we’ve got to ensure that we let them know ... if we can’t get them to read a sign — that we enforce what those requirements on that sign or those materials are in the first place.”