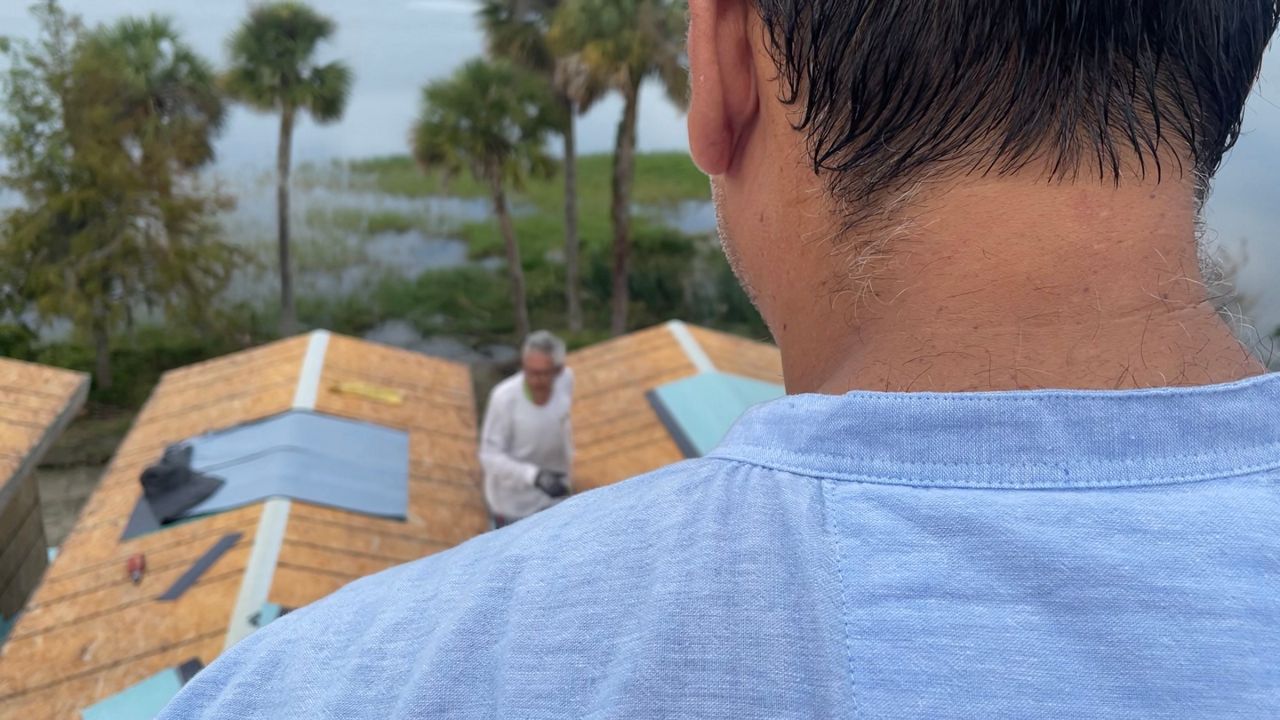 Walter Pavon says immigration is an important issue for him because his business relies on skilled labor from legal immigrants that he can't find in the U.S. (Spectrum News 13)

I-4 Tour: Immigration an important issue for Central Florida voters

ORLANDO, Fla. — While immigration is an issue that impacts every state in the country, it is particularly important in Florida, where data show one in five residents are immigrants.

Nationwide, an estimated 11 million illegal immigrants currently live in the U.S., and every year millions more try to enter through the southern border.

In fact, U.S. Customs and Border Protection reports more than 2 million people were caught trying to cross the border since last October.

Meanwhile, according to the Department of Homeland Security, more than 13.6 million legal immigrants live in the U.S. — and many have come to Central Florida.

The topic is also an important issue for Walter Pavon, a construction business owner.

He says finding skilled laborers has been a challenge that makes it difficult to operate his small business.

“We small builders that focus on a niche, we’re struggling not only with labor, with rates, and material deliveries,” said the 40-year-old Pavon said.

He said it led to him searching for workers outside of Florida.

“We got from Mexico, we do have from Puerto Rico, from Central America, and some guys also from Venezuela,” Pavon said. “They’re all immigrants, none of them are illegal. They all have work permits and have good visa status.”

A report by Associated Builders and Contractors found the construction industry faces a workforce shortage of about 650,000 this year. Meanwhile, U.S. Citizenship and Immigration Services announced this year’s 85,000 cap of H-1 B Visas — which are required to work in construction — was reached in April.

It’s why Pavon said he wants to see changed in the system to allow for more workers.

“Right now, we do need those kinds of professionals in the construction trade that I work a lot,” he said. “I think they should take priority to kind of easy up all these laborers, especially here in Florida."

Pavon, who was born in Ecuador, became a naturalized citizen in 2004, which is one reason he says he is passionate about helping provide opportunities to other legal immigrants. One is Daniel Penso, a TPS recipient and asylum seeker from Venezuela.

“Guys like Daniel actually contribute to what we do, and honestly, since he came on board, we were able to expedite a lot more,” Pavon said. “We were able to move forward. He helped me to coordinate every element that I was lacking.”

Over the past three years, Florida has become the No. 2 state with the most new legal permanent residents, with more than 267,000 according to DHS.