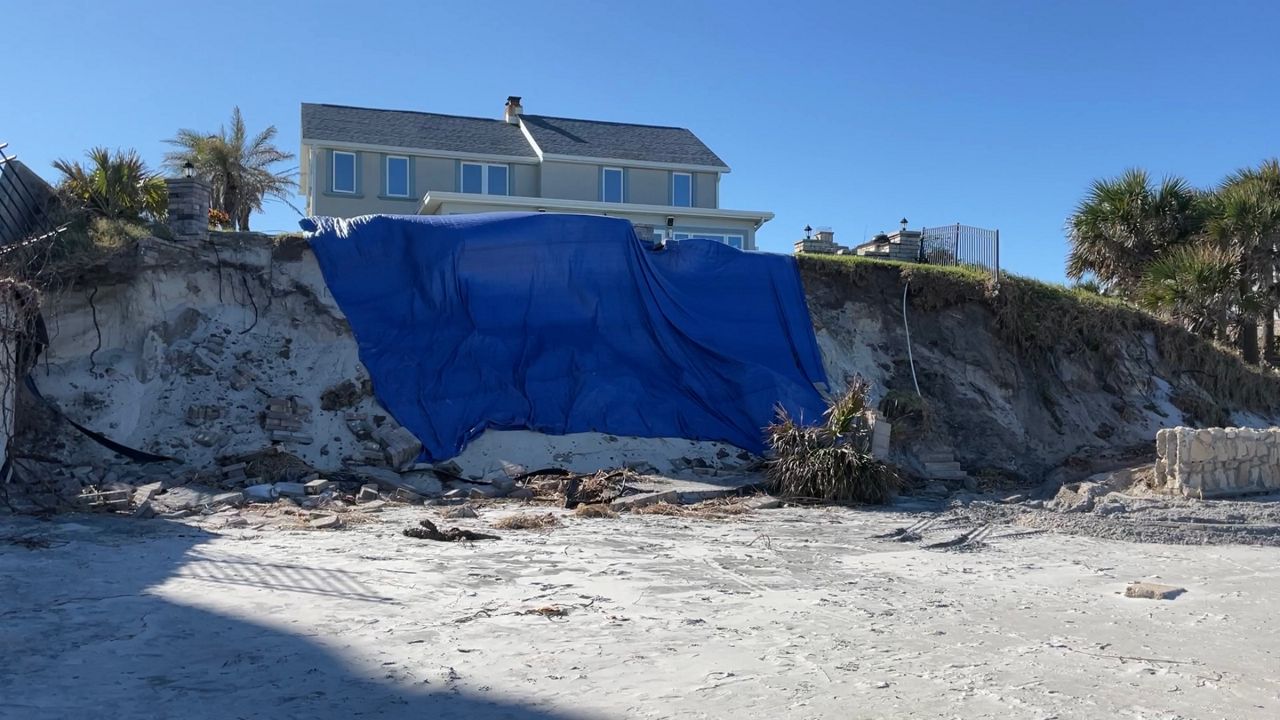 Volusia County officials say they have determined that Hurricane Ian caused more than $325 million in damage to properties across the county. (Spectrum News 13/Brandon Jones)

As the cleanup from Hurricane Ian continues, the Volusia County Property Appraiser's Office has determined that the storm inflicted more than $325 million in damage to properties throughout the county.

Officials say they expect that the number will increase as some areas become more accessible over the next few weeks.

“You just have to be careful when you walk out here,” said Lynn Zovluck, whose beachside home was among 7,000 properties in the county damaged by the storm.

As a longtime Florida resident, Zovluck said she’s always loved spending time next to the ocean.

That’s why she said moving to Daytona Beach was an easy decision once she retired from work.

Sitting out in her backyard and watching a sunset is something Zovluck says she’s grateful for, especially after witnessing the damage that Hurricane Ian left behind.

“Prior to the storm, you were not able to see the sea wall at all,” Zovluck said. “So I had about 4 feet of sand over and above the seawall out to the beach.”

Zovluck and several of her neighbors have spent the last three weeks assessing how much damage the storm did to their properties.

According to county officials, the damage to the coastline in Volusia was so significant that they’re considering it worse than when Hurricane Matthew hit the area in 2016.

“But the fact that it was so slow moving, and that it lasted a very long time, was something I had not experienced before,” said Zovluck.

She said she’s still figuring out how much repairs in her backyard will cost.

While she does that, the Volusia County Emergency Management team is working with coastal property owners to help with the process.

Officials are asking anyone who has been impacted to fill out forms for assistance that can be found on the Volusia County website.

They said this will help to assess what’s needed to conduct work on residents’ properties.

“But I just keep in mind that even though this is going to take a lot to restore, relatively speaking, I’m fortunate,” Zovluck said.

While much of the repairs occur near the water, county officials are also asking beachgoers to stay away from the damaged property like broken sea walls, as many of those areas are still unstable.