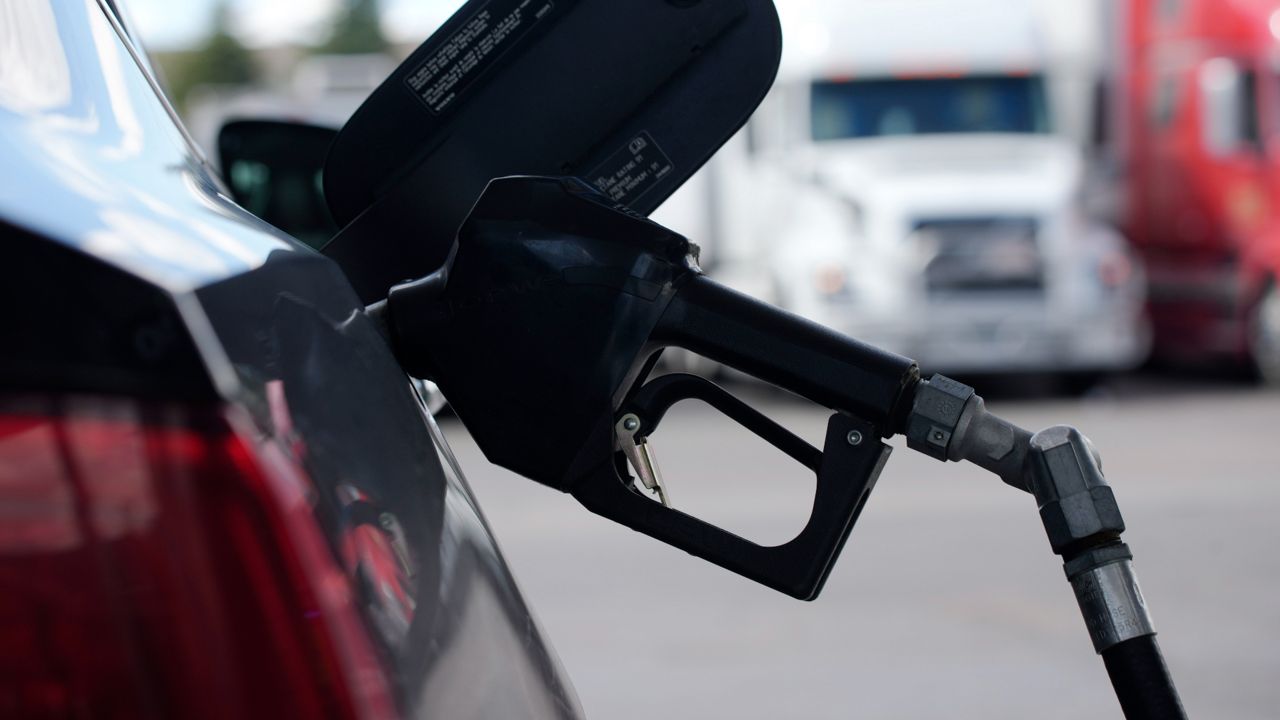 On Wednesday, the OPEC+ alliance of oil-exporting countries decided to sharply cut production by 2 million barrels per day to support sagging oil prices, a move that could deal the struggling global economy another blow, potentially help Russia weather a looming European ban on oil imports and raise gasoline prices for U.S. drivers just ahead of national midterm elections.

President Joe Biden on Thursday said that his administration is "looking at alternatives" in order to keep gas prices down.

"We're looking at what alternatives we may have," Biden told reporters ahead of a trip to Poughkeepsie, New York, to discuss an investment in domestic chip manufacturing from IBM. "There's a lot of alternatives. We haven't made up our minds yet."

“The reason why we were disappointed [in the OPEC decision] is we believe it's unnecessary and unwarranted at a period where, if you look at the global energy picture and oil picture, the lack of supply continues to be a significant challenge,” Brian Deese, director of the White House’s National Economic Council, said Thursday during a press gaggle aboard Air Force One.

Deese said Biden “has directed us … to take nothing off of the table and to assess the situation and bring recommendations,” which could include limiting exports. The administration will consult with Congress on possible measures, he added.

Deese indicated the Biden administration will apply pressure on companies to lower retail gas prices. He said wholesale prices are currently about $1.20 per gallon lower than prices at pumps and that historically the gap has been about 90 cents.

Other alternatives could involve again dipping into the Strategic Petroleum Reserve, Deese said.

Deese, however, cautioned, “There is a national economic and national security rationale behind making sure we have sufficient inventory across the country to manage and deal with contingencies and downsides.”

When asked if U.S. taxpayers should be subsidizing Saudi security when Saudi Arabia is not willing to subsidize U.S. gasoline prices, Deese said the Biden administration “will be assessing and consulting closely with Congress around a range of issues on the back end of this” but did not elaborate.

The president said Thursday he did not regret his trip to Saudi Arabia in July, where he met with Crown Prince Mohammed bin Salman.

The trip was about the Middle East and about Israel and ... rationalization of positions," the president said, adding that the OPEC+ decision "is a disappointment."

Energy ministers meeting Wednesday at the Vienna headquarters of the OPEC oil cartel cut production by 2 million barrels per day at their first face-to-face meeting since the start of the COVID-19 pandemic.

In a statement, group justified its decision "in light of the uncertainty that surrounds the global economic and oil market outlooks, and the need to enhance the long-term guidance for the oil market."

Saudi Energy Minister Abdulaziz bin Salman stressed the cartel’s stated role as a guardian of stable energy markets, telling reporters: “We are here to stay as a moderating force, to bring about stability."

Besides a token trim in oil production last month, the major cut is an abrupt turnaround from months of restoring deep cuts made during the depths of the pandemic and could help alliance member Russia weather a looming European ban on oil imports.

Ahead of a trip to Florida to survey damage from Hurricane Ian, President Joe Biden called the move "unnecessary" and said he was "concerned."

"I need to see what the detail is," the president told reporters. "I am concerned, it is unnecessary."

"The President is disappointed by the shortsighted decision by OPEC+ to cut production quotas while the global economy is dealing with the continued negative impact of Putin’s invasion of Ukraine," the statement from the officials reads. "At a time when maintaining a global supply of energy is of paramount importance, this decision will have the most negative impact on lower- and middle-income countries that are already reeling from elevated energy prices."

"The President is also calling on U.S. energy companies to keep bringing pump prices down by closing the historically large gap between wholesale and retail gas prices — so that American consumers are paying less at the pump," they added. "In light of today’s action, the Biden Administration will also consult with Congress on additional tools and authorities to reduce OPEC’s control over energy prices."

Deese and Sullivan also called the announcement "a reminder of why it is so critical that the United States reduce its reliance on foreign sources of fossil fuels."

Besides a token trim last month, the major cut in the amount of crude that OPEC+ ships to the world is an abrupt turnaround from months of restoring deep cuts made in 2020 during the depths of the pandemic. As demand rebounded, global energy prices have swung wildly since Russia invaded Ukraine, fueling inflation that is squeezing economies around the world.

The OPEC+ decision could help alliance member Russia weather a looming European ban on oil imports. But the impact of the production cut on oil prices — and thus the price of gasoline made from crude — will have some limitations because OPEC+ members already can't meet their quotas.

The decision comes as oil trades well below its summer peaks because of fears that major global economies such as the U.S. or Europe will sink into recession due to high inflation, rising interest rates meant to curb rising consumer prices, and uncertainty over Russia’s war in Ukraine.

“We are going through a period of diverse uncertainties, which could come our way, it’s a brewing cloud,” bin Salman said, adding that OPEC+ sought to remain “ahead of the curve.”

The fall in oil prices has been a boon to U.S. drivers, who saw lower gasoline prices at the pump before costs recently started ticking up, and for U.S. President Joe Biden as his Democratic Party gears up for congressional elections next month.

Biden has touted gasoline prices falling from their average June peak of $5.02 — with administration officials highlighting a late March announcement that a million barrels a day would be released from the strategic reserve for six months. High inflation has been a fundamental drag on Biden’s approval and has been a major focus of Republicans as they hope to retake Congress in November's midterm elections.

Oil supply could face further cutbacks in coming months when a European ban on most Russian imports takes effect in December. A separate move by the U.S. and other members of the Group of Seven wealthy democracies to impose a price cap on Russian oil could reduce supply if Russia retaliates by refusing to ship to countries and companies that observe the cap.

The EU agreed Wednesday on new sanctions that are expected to include a price cap on Russian oil.

Russia “will need to find new buyers for its oil when the EU embargo comes into force in early December and will presumably have to make further price concessions to do so,” analysts at Commerzbank said. “Higher prices beforehand — boosted by production cuts elsewhere — would therefore doubtless be very welcome.”

Dwindling prospects for a diplomatic deal to limit Iran’s nuclear program also have lowered prospects for a return of as much as 1.5 million barrels a day in Iranian oil to the market if sanctions are removed.

Oil prices surged this summer as markets worried about the loss of Russian supplies from sanctions over the war in Ukraine, but they slipped as fears about recessions in major economies and China’s COVID-19 restrictions weighed on demand for crude.

At its last meeting in September, OPEC+ reduced the amount of oil it produces by 100,000 barrels a day in October. That token cut didn’t do much to boost lower oil prices, but it put markets on notice that the group was willing to act if prices kept falling.