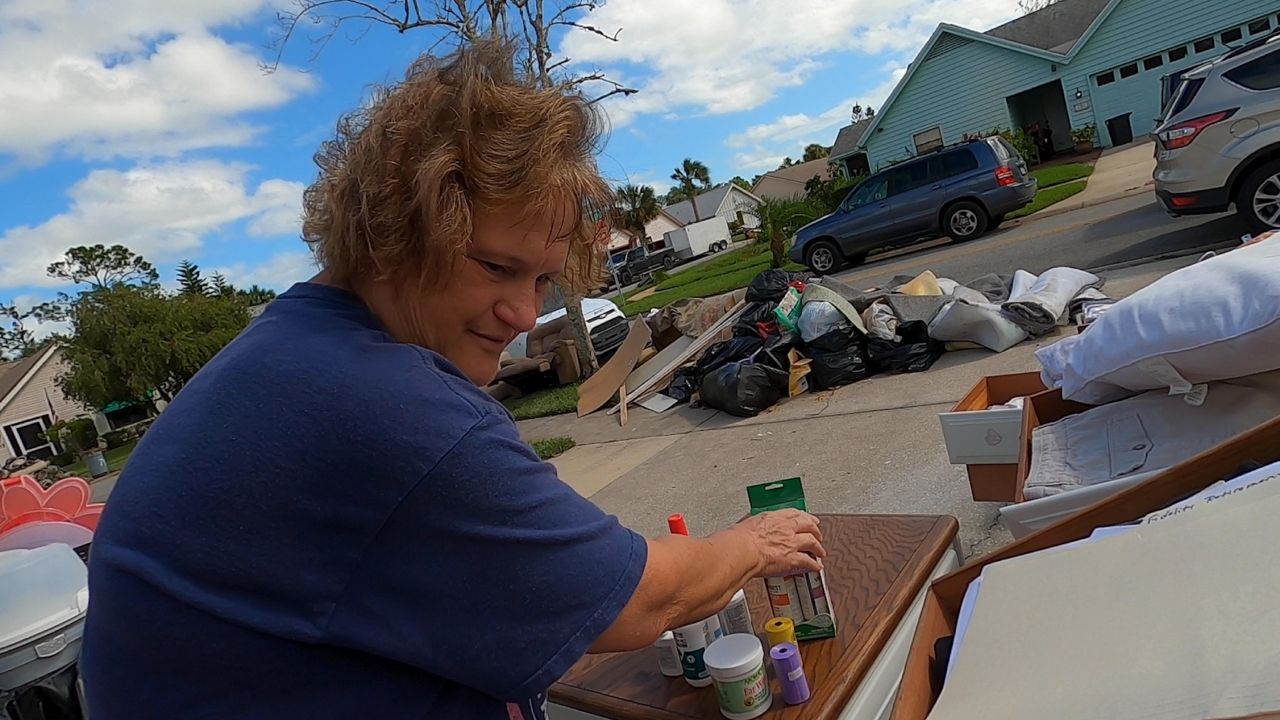 NEW SMYRNA BEACH, Fla. – Days after Hurricane Ian made its way through Central Florida, so many people are still dealing with flooding impacts.

Over in New Smyrna Beach, flooding all but gutted homes in the Pine Island area.


Barbara Vola says she bought her house there in 2015, when it wasn’t in a designated flood zone. That was one of the reasons why she bought it.

A few years later, she learned the zone map had been redrawn to include her property, but having never dealt with flooding, she didn’t see the need for it. “This is unprecedented,” she said of the flooding, as a lifelong Floridian. “Nobody could’ve foreseen this.”

Vola says the insurance adjuster came out Monday and determined all of the damage stems from flooding, so they won’t cover any repairs. Losing her $50,000 kitchen remodel she finished in April particularly stings, but the hardest things for her to lose have been the sentimental ones.

Vola says she’s grateful her family quilt made it through the flood, as well as her uncle’s Purple Heart from World War Two.

She’s also grateful for her family and friends who have been helping her through this, including her fellow teachers. Vola says she applied for an SBA disaster assistance loan.

Vola is staying with friends while she figures out her next steps, which include meeting with a disaster mitigation professional in the coming days.

You can find the GoFundMe here.

So many in Central Florida continue to deal with the aftermath of flooding from #HurricaneIan. I spent part of the day with Barbara Vola in New Smyrna Beach - flooding all but gutted her home. She thankful for help from her fellow teachers and loved ones @MyNews13 #news13volusia pic.twitter.com/VAUoEtaLp0

GoFundMe.com, or any other third-party online fundraiser, is not managed by Spectrum Bay News 9 or Spectrum News 13. For more information on how GoFundMe works and its rules, visit http://www.gofundme.com/safety.