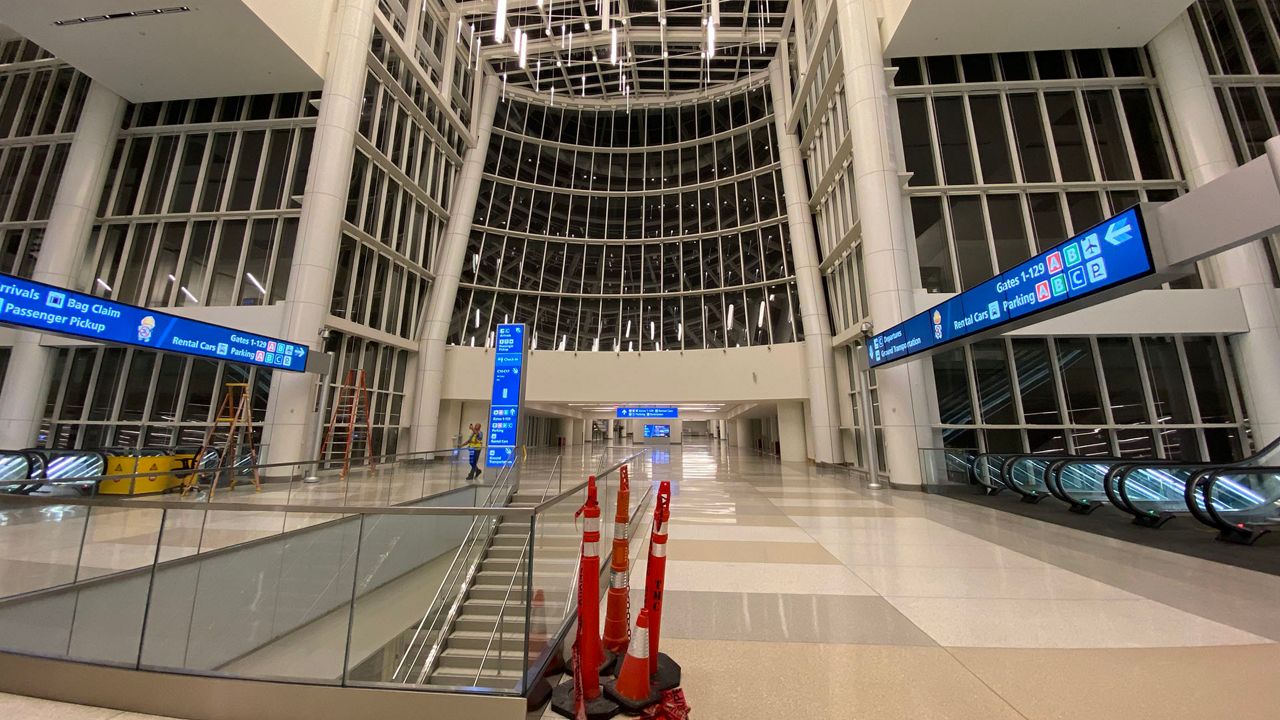 The new Terminal C at Orlando International Airport is expected to increase the number of people traveling through the airport by 60 million people annually. (Spectrum News/Katie Streit)

ORLANDO, Fla. — While the grand opening for Terminal C at Orlando International Airport was Monday, the first flight arriving is actually Tuesday afternoon. Airport officials have been preparing for this day for quite some time. Now the exciting day is finally here.

In addition to 15 new gates that can accommodate up to 20 planes, people flying in or out of Terminal C may notice some upgrades in their traveling experience. For example, Terminal C will also have its own automated Transportation Security Administration checkpoint, with the goal of keeping lines to a minimum.

"That’s gonna provide relief to the current terminal. But the experience here is all about lessons learned about our development of that current terminal,” said Kevin Thibault, chief executive officer of Greater Orlando Aviation Authority.

While the new terminal will alleviate some of the traffic people see at the other terminals, Terminal C is expected to increase travel through Orlando International Airport.

In fact, the new terminal is expected to increase the number of people traveling through the airport by 60 million people annually.