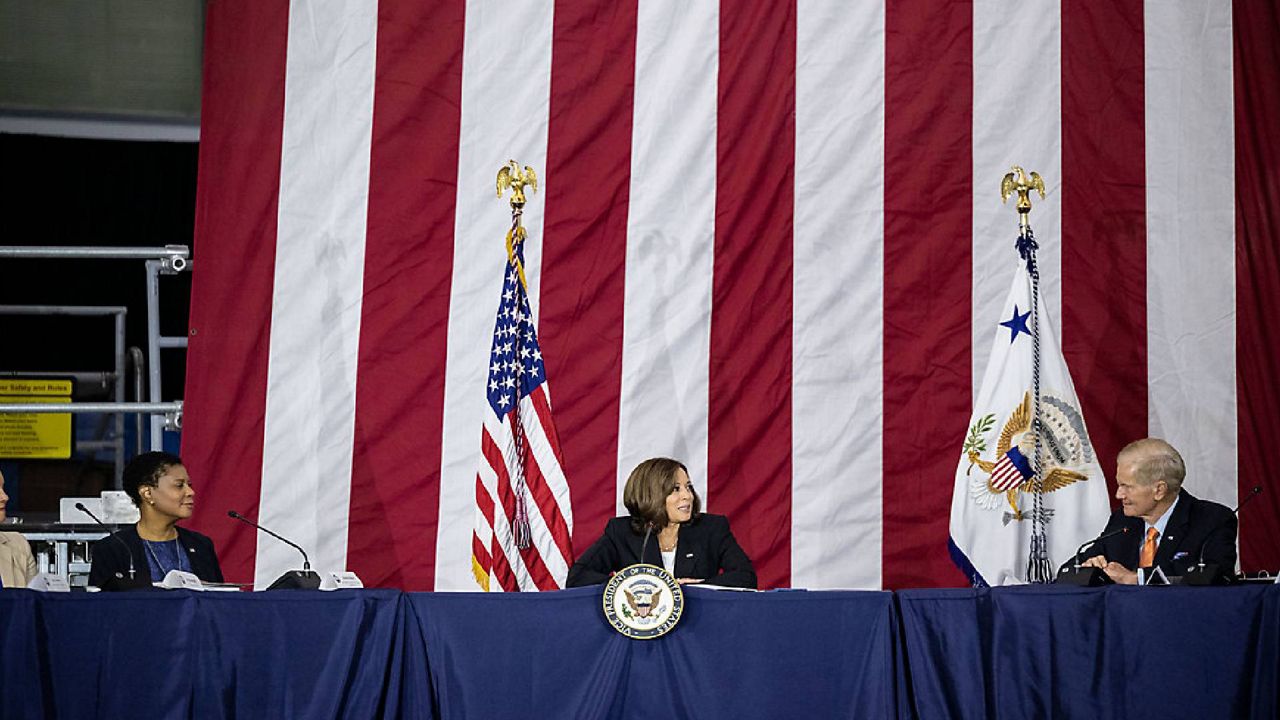 BREVARD COUNTY. Fla. — Workforce development in the aerospace sector was one of the focal points during Friday’s meeting of the National Space Council (NSC) held at Johnson Space Center in Houston, Texas.

Vice President, the NSC chair, discussed how to bring more people into these types of jobs as part of a wide-reaching conversation that spanned STEM education, human spaceflight, and climate issues.

“Last year, I called on private sector leaders help our nation address then this workforce need. And today, I’m proud to say, over a dozen commercial space companies are answering that call,” Harris said during the meeting. “In fact, next month, these companies will kick off three regional pilot training programs: one in Florida, one on the Gulf Coast and one in Southern California.”

These new pilot programs would be created with the support of the Aerospace Industries Association and American Institute of Aeronautics and Astronautics. The White House said it would be driven by a new coalition of space companies “that will focus on increasing the space industry’s capacity to meet the rising demand for the skilled technical workforce.”

The main anchors of this new coalition are Boeing, Blue Origin, Northrop Grumman and Lockheed Martin. There will be several other industry partners in the endeavor, including Amazon, L3Harris, Sierra Space and SpaceX.

Part of the roots for this initiative come from Florida’s Space Coast.

The Space Coast Consortium Apprenticeship Program (SCCAP) was assembled as an industry-driven registered apprenticeship program focused on advanced manufacturing. The White House said it was especially interested in its program sponsors:

The SCCAP held its third annual apprenticeship signing ceremony on September 6, during which it welcomed 11 new apprentices into its 2.5-year program.

Back in July, the NSC said it was seeking space workforce programs that could be replicated across the country. Following an interview with its executive committee, NSC held a Space Sector Workshop and Roundtable on Aug. 18 and sub sequentially selected the SCCAP to be part of this program.

Vaya Space, which has been part of the SCCAP since its inception, and signed one of the 11 new apprentices this week.

Troy Pritchard, Vaya’s lead test and assembly technician, said that their apprenticeship program is an invaluable way to bring more young people into the workforce without them needing a four-year college degree.

“I enjoy developing young minds and helping them develop the skills that they need, that they can use for the rest of their lifetime,” Pritchard told Spectrum News.

Following its inaugural launch earlier this year, Vaya made several announcements about launch contracts, including an engine demonstration with NASA and satellite launch agreements with both All2Space and Alya Nanosatellites.

Gavin Roberson, Vaya’s newest mechatronics apprentice, said a representative from SCCAP gave a presentation at Bayside High School and after being interviewed, he said jumped at the chance. Roberson said it gave him a unique opportunity for his future.

“Coming out of high school, I got a job right away and I’m going to college for free,” Roberson said. “So, it’s a really good opportunity.”

As part of his remarks during Friday’s NSC meeting, Chike Aguh, the chief innovation officer for the U.S. Department of Labor, said that the department was committed to two key actions by the end of 2023:

“This accelerator will bring together employers, academic providers, training providers to come together and further the use of registered apprenticeship to fill these critical roles,” Aguh said.

In support of these and other goals, the White House also published its Interagency Roadmap to Support Space-Related STEM Education and Workforce report, which was prepared by the National Science and Technology Council.

You can read the 18-page document here.