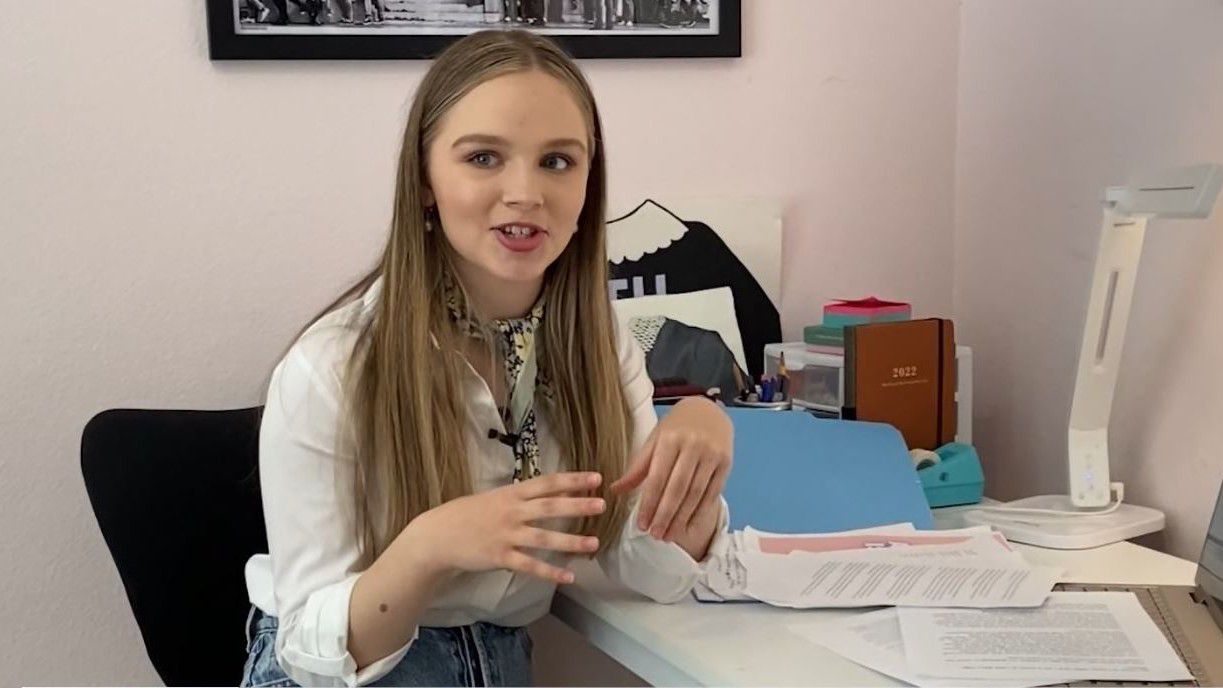 Recent high school graduate Julie Squitteri says she has been fighting for reformed dress codes in schools since she was 16. (Spectrum News)

As a young person, one doesn’t always believe they have a voice, or can propel change in the real world.

But there are some, like Julia Squitteri, who do. Though she’s just a student, she remains undaunted by her age.

“Make sure when we went, we showed a unified front," she said. "So I would post on social media, 'Who wants to come speak at a school board meeting?' I believe, as young people, we have so much power for collective change.”

When she was just 16 years old, Squitteri said she started a quest for fairness, lobbying for equality for the school dress code at her own Hagerty High School.

Her nervousness about speaking before the school board subsided as she rallied others.

She soon launched the Ruth Project, its namesake being the late Supreme Court Justice Ruth Bader Ginsburg, to focus on issues of gender equality.

With website-building help from her dad, which she dubbed a “bonding experience,” Squitteri said she was successful in reforming SCPS’ dress code.

She soon connected with students across the country to do the same at their respective schools, even reaching as far as Canada.

“We’ve done this in Texas, Colorado, California, Florida,” she said. “Me, as a person, I can’t create the kind of change I want to. But with a team or organization like the Ruth Project, I’m surrounded by other people.”

And while parents always find pride in their children’s pursuits, her mother, Laurel Gorman, said she draws inspiration from her own daughter, who “really wants to make changes in the world around her,” has eclipsed even such projects.

“I also feel inspired about the next generation and their ability to make a change,” she said.

Recently, Squitteri launched Project 1996, a public comment campaign, to implore the Department of Education to include school dress codes in any Title 9 guidelines — it’s a document she professes to be able to recite forward and backward.

She’s also converting the Ruth Project into a 501(c)(4) social welfare organization — having turned 18 years old in December, and was too young to start one before.

Now, as Squitteri heads off to college in Washington, D.C., leaving behind several rescue cats and a room filled with her own nods of inspiration — snapshots of feminist icons, like Gloria Steinem and Ruth Bader Ginsburg — she is conscious much work still lies ahead.

“I’ll still be running the Ruth Project, no matter what," she said. "And D.C. will just be another place I’ll operate out of. I’m particularly excited to be in a place where I can do a lot more hands-on change work.”