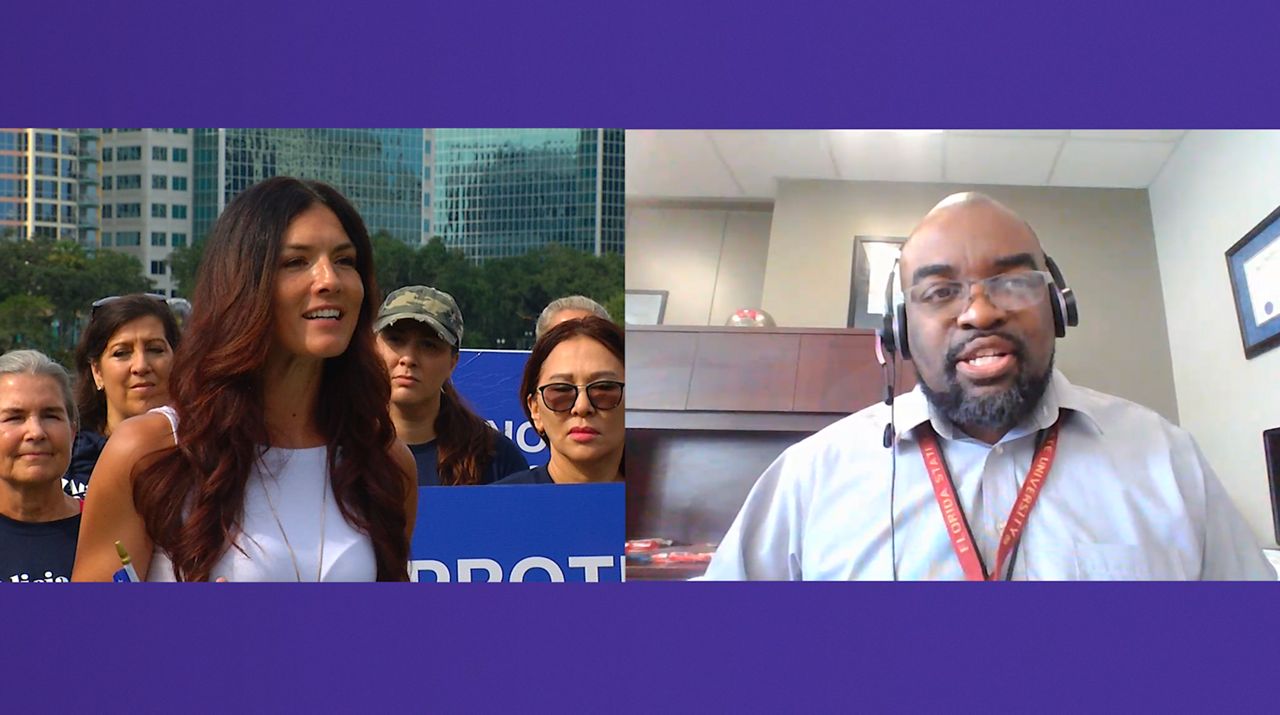 ORLANDO, Fla. — An Orange County school board candidate is speaking out against what she says are explicit books found in some school libraries.


Alicia Farrant, a District 3 candidate and member of the conservative Moms for Liberty group, highlighted two books: Let’s Talk About It and Looking for Alaska.

Let’s Talk About It is described as a guidebook for teens on relationships and sexuality. Farrant showed pages to reporters after flipping through diagrams of sexual organs and acts.

She said the book is in three school libraries in the district, but declined to say which. Spectrum News is awaiting confirmation from a district spokesperson.

“As parents, this is not information and education for our students,” she said. “They go to school so they can learn about reading, writing and arithmetic, not so they can read about sex.”

The second book Farrant had handy, Looking for Alaska, is a coming of age novel that made the American Library Association’s list of top 10 most challenged books in 2016 “for a sexually explicit scene that may lead a student to ‘sexual experimentation.’”

“We have morals and values,” Farrant said. “There are thousands of parents with high standards who try everything that they can to make sure that their kids that don’t have access to things that are encouraging them to go and have sex.”

A new Florida law lets parents review all instructional materials before a school district decides them. The parents can object to anything they deem inappropriate, including school library books.

Farrant’s District 3 opponent in the runoff election, Michael Daniels, says there had already been a robust library screening system in place before the new law. His wife is a media specialist in the district, so he says he knows firsthand the research and reasoning behind picking books for school libraries.

“For someone else to just carte blanche say, ‘You can’t have these books,’ is inappropriate,” he said.

“What’s important is that the individual family, the individual parents, are making that decision versus some random group somewhere else,” Daniels said.