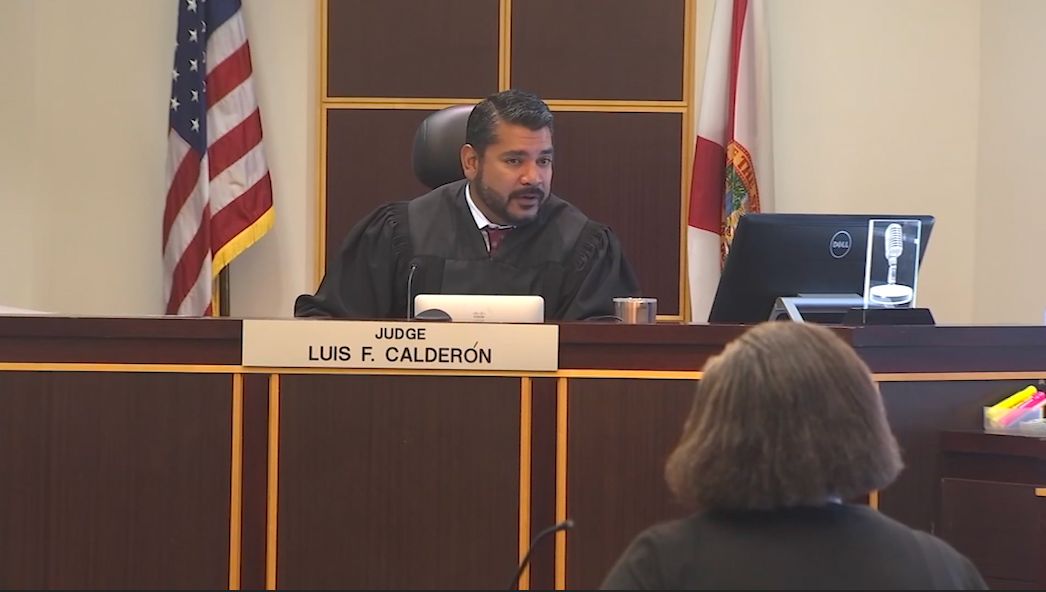 
Michelle Stribling is a felon released from prison in 2004. She appeared before a judge Tuesday, and she faces two charges: false affirmation in connection with an election and voting by an unqualified elector. Both charges are third-degree felonies, punishable by up to five years in prison.

Stribling is one of 20 people statewide accused of election fraud. The governor made the announcement in a press conference days before the primary.

Stribling said she believed she was no longer a convicted felon after serving time in prison, according to a court affidavit. She was convicted of second-degree murder in 1993.

Florida’s Amendment 4 restored the right to vote to felons who completed their sentence, except those convicted of murder or a sexual offense. Those exceptions would need to have their right to vote restored by the State Clemency Board.

Stribling stated she believed her rights were restored because she registered to vote and received a voter card in the mail, according to the affidavit. She voted in the 2020 election in Orange County via mail-in ballot.

Orange County Supervisor of Elections Bill Cowles explained the state verifies voter eligibility. “We don’t have access to court records and those types of records that FDLE or the state prosecutor have,” he said.

If there is a discrepancy, Cowles said, the state sends a packet of supporting documents to supervisors of elections’ offices to make the final determination.

“When these packets come down to us, they are very detailed and very thorough,” Cowles explained. “We then notify the individual. They have a chance to tell us whether it is legit or not, and nobody ever comes back and challenges the accuracy of that information that we get.”

Cowles said his office was notified about Stribling’s ineligibility to vote in March of this year and she was removed as a registered voter in the following month.

Cowles said there should be a statewide database where people can verify their eligibility before going through the process.

Neil Volz, the deputy director of the Florida Rights Restoration Coalition, which pushed for Amendment 4, agreed. “Human beings who thought they were eligible to vote who years later are now being arrested because the state’s system cannot work how we all hope it could work,” he said.

“The best way to fight crime is to stop it from happening in the first place and a statewide database would do that,” Volz said. “Then we’re not spending court time and taxpayer dollars and asking law enforcement to focus on something that should’ve been handled on the front end.”